Do you want a creamy chicken pot pie with a flaky crust in the easiest way possible? This is the world’s easiest chicken pot pie recipe, and it can be made and on the dinner table in less than an hour. So good for the cold winter months ahead! 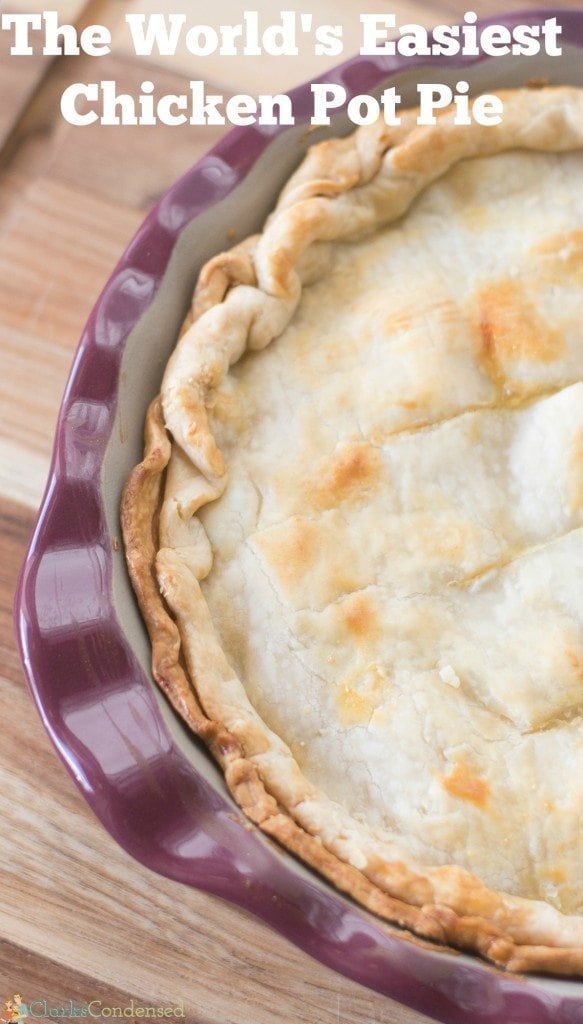 This is a sponsored post written by me on behalf of Campbell’s Soup Company for IZEA. All opinions are 100% mine.

The other day I went to Trader Joes for the first time in a long time. When we lived in Utah, it was 45 minutes away, and now it’s only about 10…but I feel like I went far more frequently when we lived in Utah! Anyways, as I was perusing the aisles, I noticed that they were giving out a sample of a chicken pot pie. I thought I didn’t like chicken pot pie, but everyone around her was raving about how good it was, so I gave it a try.

I couldn’t stop thinking about it for the rest of the day. It was so flaky and creamy…I can’t even explain it. I’m sure Forrest thought I was a bit crazy for fangirling about it for so long, but it really was so good. However, at $8 a box, I wasn’t about to buy one.

So,  I decided to make one myself. I looked up some recipes, but they all seemed so time-intensive. And let’s be real – I just had a baby a month ago. Made-from-scratch meals just aren’t happening yet.

Still, I had the craving, and I decided that there had to be some shortcuts I could take. I remembered that I can had a can of Campbell’s® Homestyle Loaded Baked Potato soup, one of Campbell’s new products, at home, and I thought that soups because they are made from high-quality ingredients, farm-grown vegetables, and there are no preservatives. All I needed was the crust, some chicken, and vegetables. 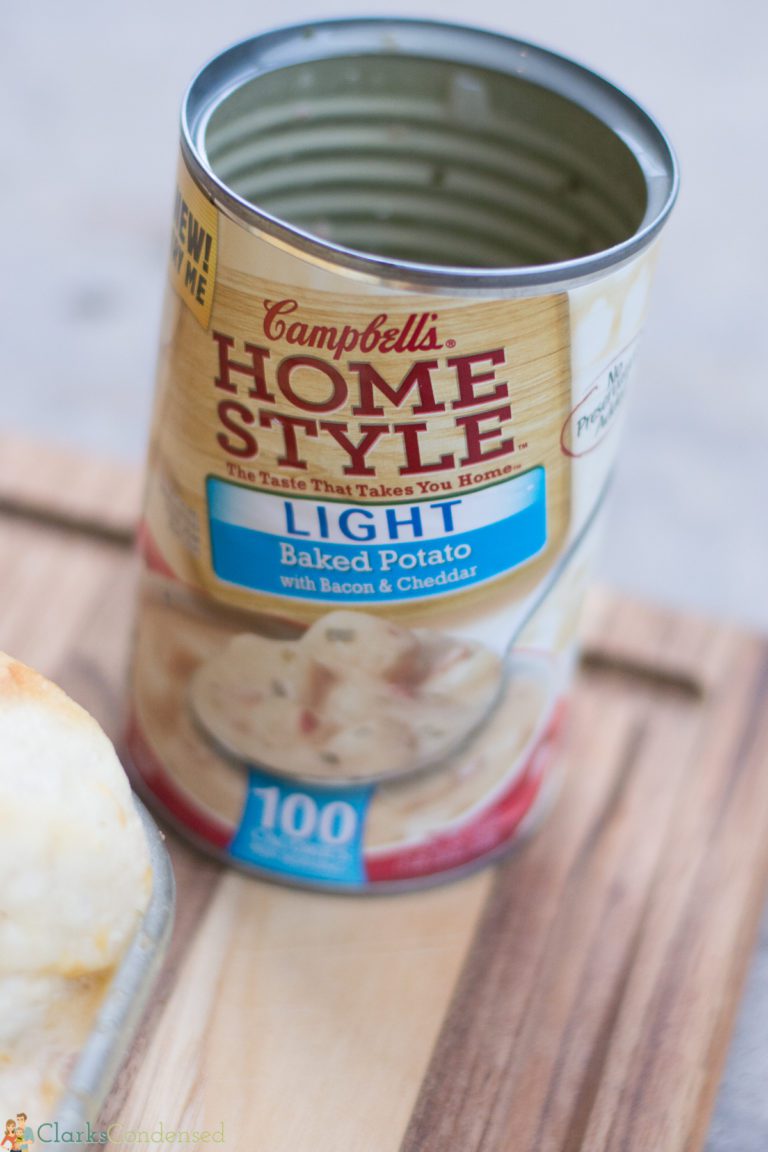 I decided to buy some pre-packaged chicken strips that I found in the deli section at store, frozen vegetables, and a refrigerated pie crust. It took me about five minutes to throw everything together, and in about 45 minutes, we had a freshly baked chicken pot pie on the table.

We all LOVED it. It tasted just as good as homemade, and it was very hearty. The weather is starting to cool down around here, which means that comfort foods are in high demand. This truly is the easiest chicken pot pie recipe – I think you’ll enjoy it! 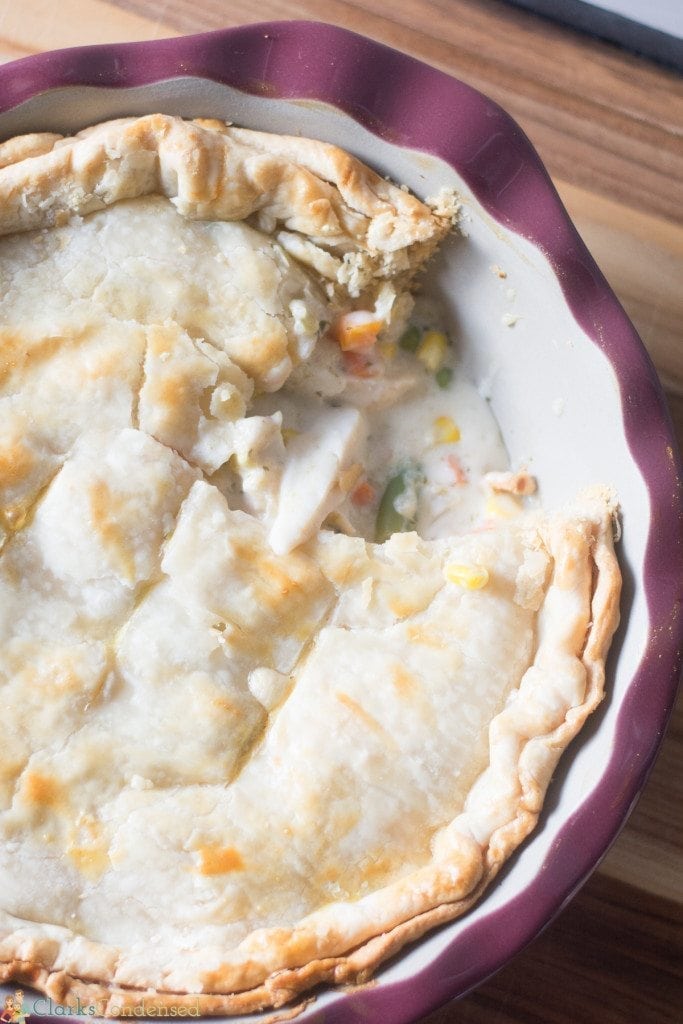 Be sure to check out more delicious Campbell’s recipes that are comforting and delicious!

What They Don’t Tell You About The Week After Giving Birth
Next Post: Chocolate Strawberry Cheesecake Fluff Salad