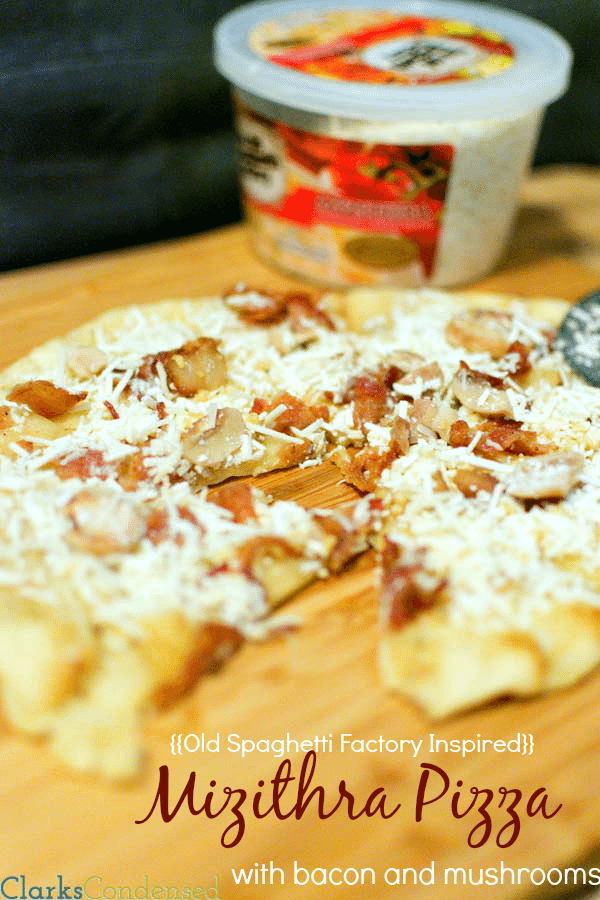 On our first Valentine’s Day after we got married, nothing went the way I thought it would. At that point, Forrest didn’t realize that I liked Valentine’s Day, and really hadn’t thought of anything ((which in hindsight, is totally fine, but I admit, I was a little sad!)), and we found ourselves driving around at 6:00 PM, trying to find some restaurant that didn’t have a two hours wait!

We went to probably five or six different places, when we stumbled into Old Spaghetti Factory. I had been there one or two times in the past, but never really thought about it again. However, they had no wait (no idea why — we tried to go this year, and the wait was forever long) and we were seated immediately! 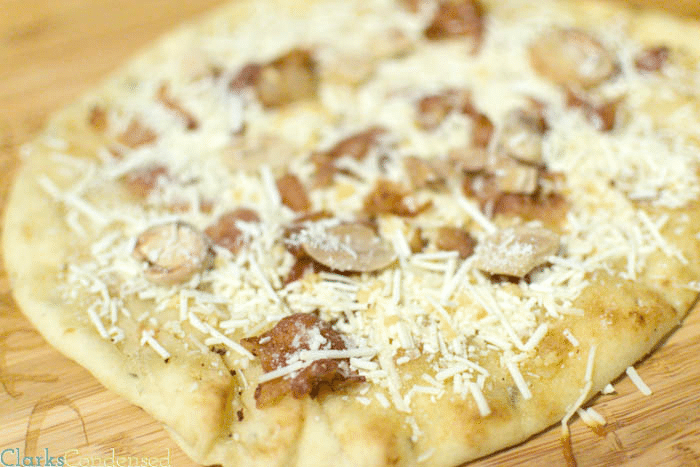 This was back in the day when we bought two meals when we went out, and I decided I really wanted to indulge, since, you know, it was Valentine’s Day! I ended up ordering the Mizithra Pasta, but the version that had bacon and mushrooms. And oh my goodness, at that point, I thought it was probably the most delicious food I’ve ever eaten. I craved it all the time after that.

One time, I attempted to make the pasta at home, and it took forever to find a store that carried Mizithra cheese. We ended up driving 45 minutes to an Albertson’s in Colorado to buy a small container of it. Even thought it turned out well, I had no desire to go on a wild goose hunt for the cheese again (we had no Old Spaghetti Factory near by when I was looking in Colorado, hence why we didn’t just go there. They sell it.) 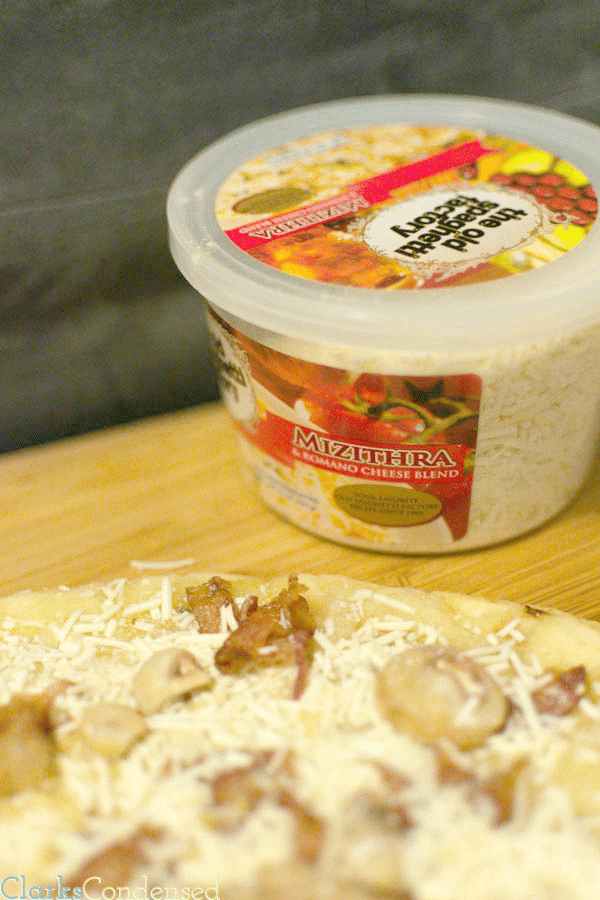 So a few weeks ago, I discovered that the Costco by our house sold the exact Mizithra/Romano blend that Old Spaghetti Factory sells! It was less than $10 for two good-sized containers, and let me tell you, I was SO excited. While I probably could eat the pasta every day, we’ve been trying to come up with different recipes to use it, and this mizithra pizza we made the other night was AMAZING. I ate way more than I should have, because it seriously was the pasta, in pizza form.

We ended up using Stonefire Naan for our pizza crust (we weren’t really wanting to make our own that night), and it was so yummy. I highly recommend using that for pizza! However, you can use whatever crust recipe you want, or store bought crust. This recipe will probably make four small naan pizzas, or one large regular-sized pizza. 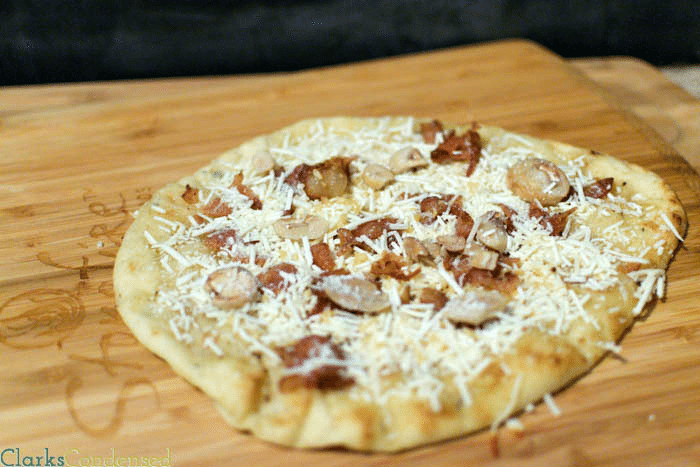 A couple of notes