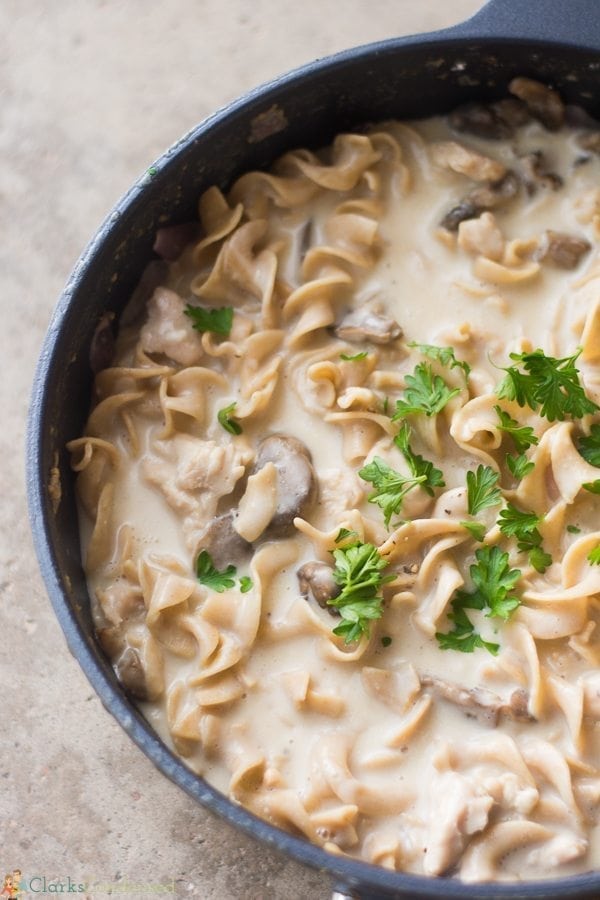 Every six or seven months, Forrest will randomly bring up the fact that we haven’t had beef stroganoff in a long time. And he’s always right. Beef stroganoff is one of those meals I rarely make, even though I thoroughly enjoy it every time. It also happens to be one of Forrest’s favorite foods, so whenever he brings up the fact that we haven’t had it in awhile…I wonder why! 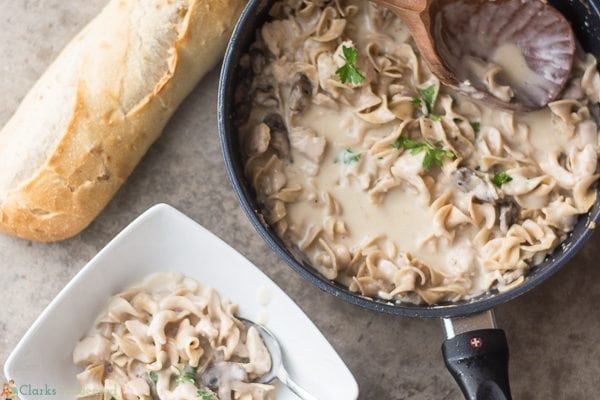 He mentioned this the other day, and it was right as I was supposed to be creating a recipe using Kraft’s line of  dips. I had initially planned to make a hot chicken salad recipe that my mom always makes…but then I realized it called for mayo, and when I asked my mom if she thought it would be good with with a substitute, she responded with, “Yuck! No!”

So, Forrest’s suggestion for beef stroganoff came at the perfect time. Except, we didn’t have any type of beef that could be used in it. Instead of rushing to the store, I decided it would be fun to make chicken stroganoff. It seemed a little bit healthier anyways, and I just bought 10 pounds of chicken! 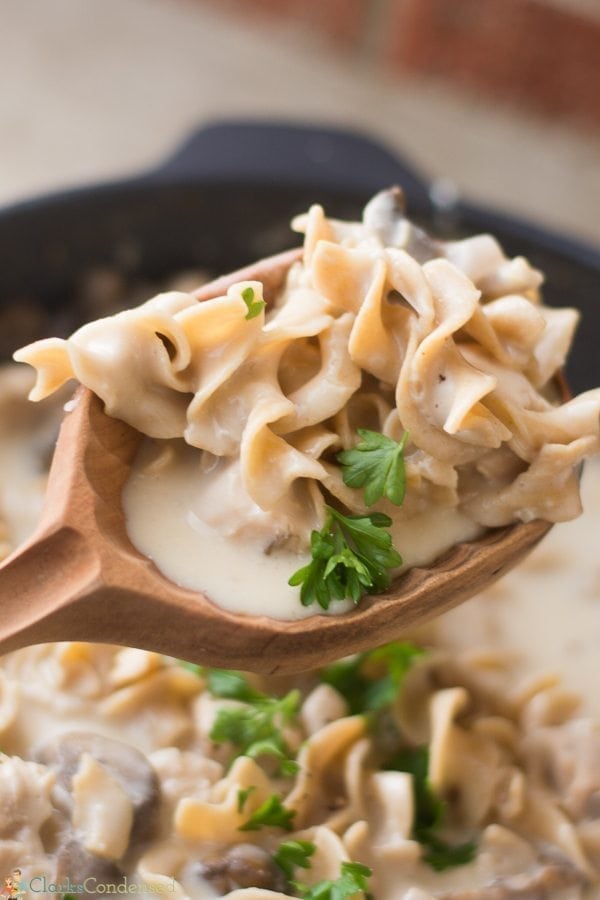 I used a french onion dip container for this, which I think added some great flavor. You can always just use sour cream, though! 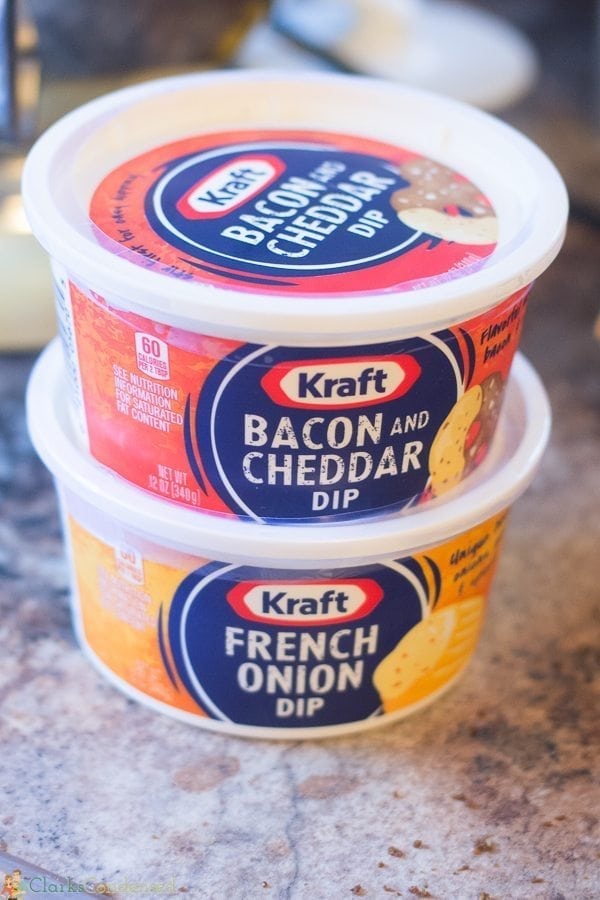 Sour cream is a typical ingredient in stroganoff, so I thought that using the French Onion dip would be a fun twist. It already has lots of yummy and flavor, so that cut back on the amount of seasoning I would have to do.

I also decided that this would be a great dish to make into a one skillet meal. I’m all about the one skillet meals (I mean, I posted a one skillet breakfast casserole just yesterday), and this one seemed easy enough to make that way. It came together really quickly, and it was SO good! 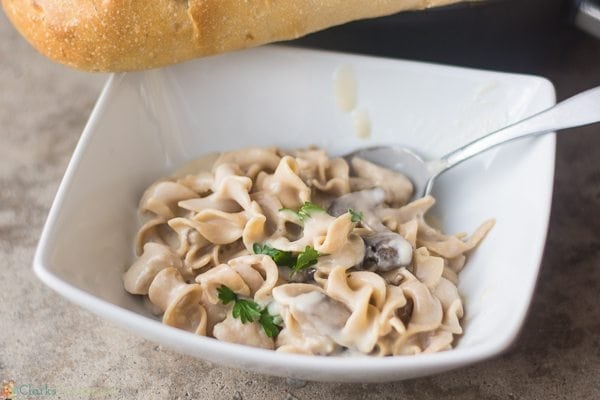 The sauce was SO creamy, and I absolutely loved the flavor that the  French Onion dip added. At all the stores I went to, they always had this dip stocked, so you should be able to find it pretty easily. Forrest said he loved it! Jack told me it was delicious, so I considered it a double win! It’s not the healthiest dish, but we made it a little better-for-you by using chicken breast, low sodium chicken broth, and whole wheat egg noodles. 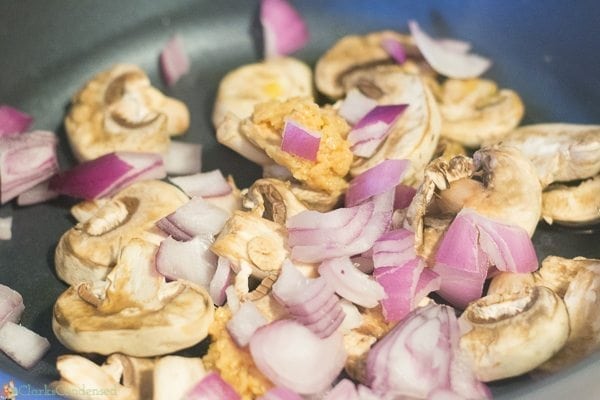 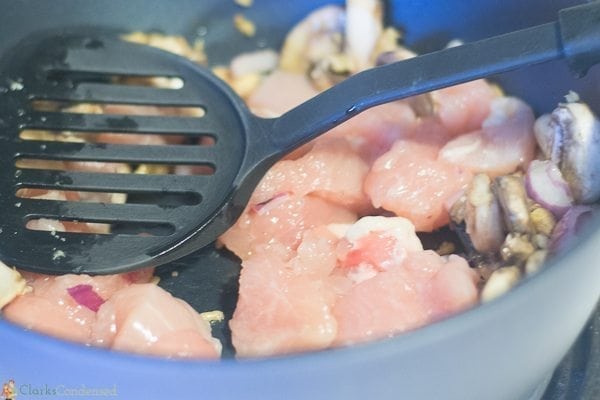 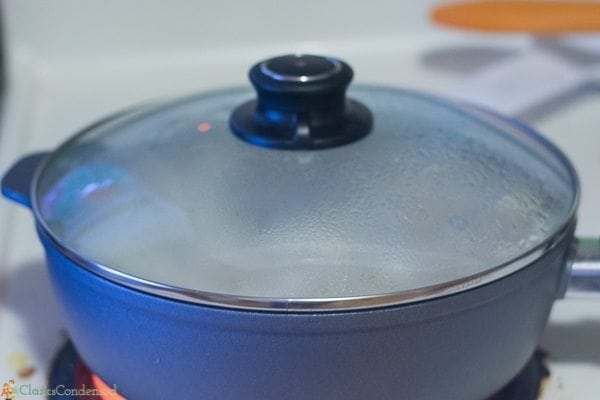 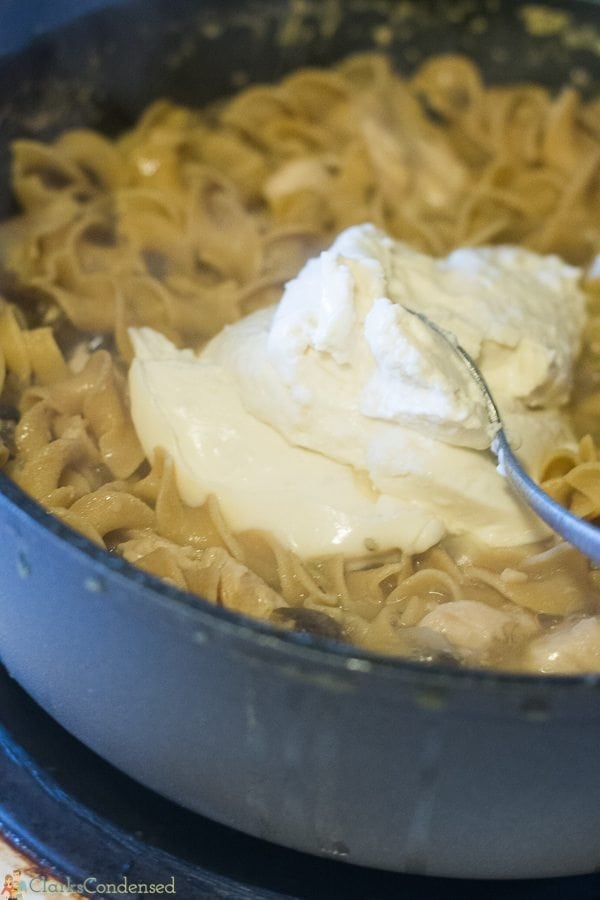