These chocolate raspberry s’mores have been created in partnership by Collective Bias, Inc. and its advertiser. All opinions are mine alone. This is a fun way to make a traditional s’more a little more fancy! #LetsMakeSmores #CollectiveBias #sponsored 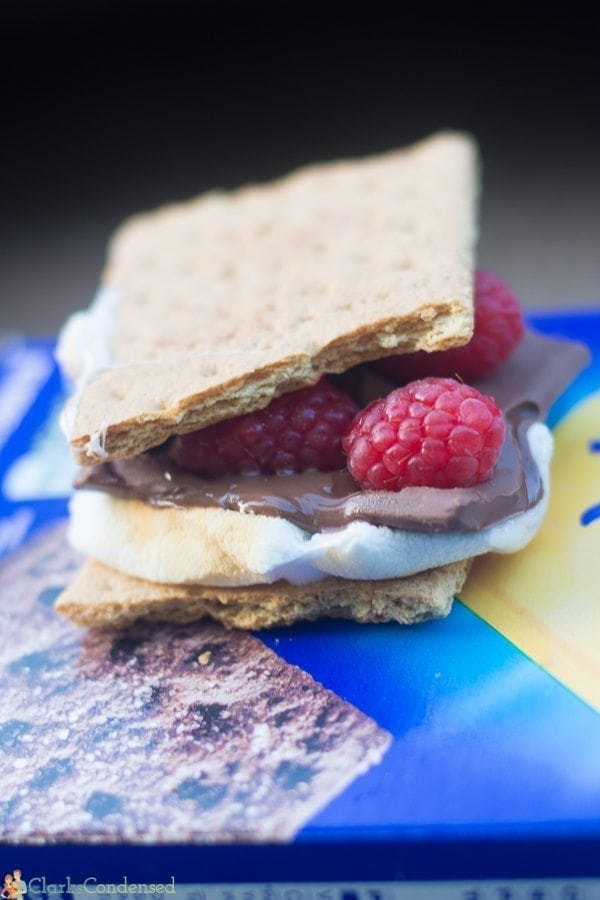 As I’ve already mentioned a few times, we went on Jack’s first camping trip in late June. As with any good camping trip, we planned ahead of time to have S’mores. We had been talking this up to Jack for awhile, so you better believe he was thrilled when, on our last night of camping, we told him that we were finally breaking out the S’mores supplies!

Of course, all good S’mores have three crucial components -Honey Maid Graham Crackers, Kraft Jet Puffed Marshmallows, and the Hershey’s chocolate bar. I’m not quite sure if something should even be considered a S’more without those three items! Those are the only brands I like to use when we make s’mores, because, frankly, other brands just don’t create the same effect! 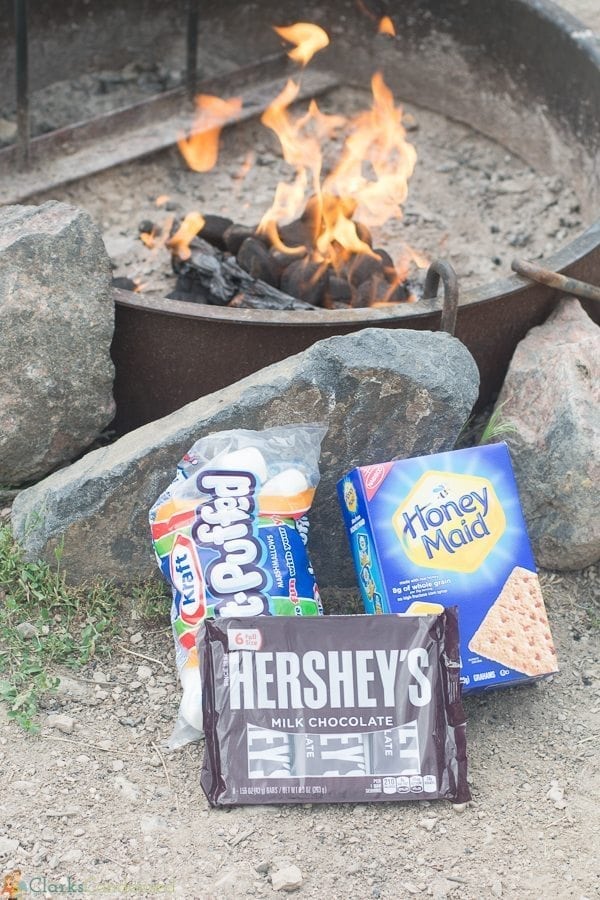 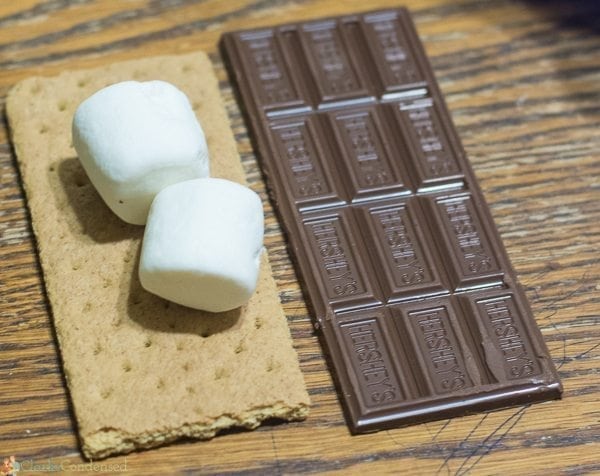 Forrest and I always like to shake things up a little bit, so we thought it would be fun to add some raspberries to our S’mores. It made it taste a little more “fancy” – like chocolate covered raspberries – but they still had all the yummy elements that we all know and love about S’mores. I know this may seem like a simple idea, but I thought it was worth sharing – you might not have thought of it before! 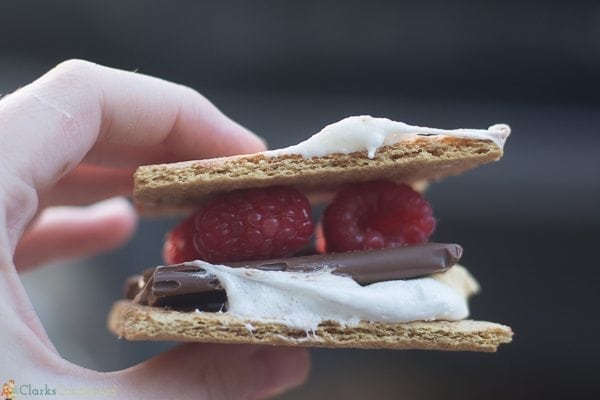 We didn’t really plan very well for some parts of this camping trip, and we only brought along coals for our dutch oven BBQ chicken the night before. The place we were staying sold more coals, as well as fire wood, but it was overpriced, so we decided to improvise and just use our portable grill we had brought along to make a few of our meals! 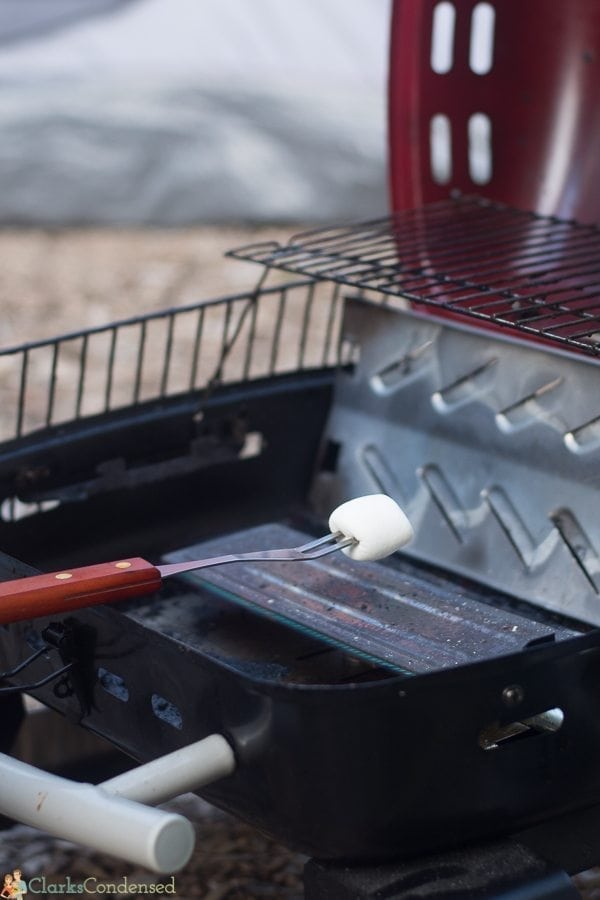 We just took off the grill part and roasted our marshmallows directly over the heat source. The marshmallows were cooked super quickly (and evenly.) I was pretty impressed. It goes to show how simple and versatile S’mores can be. You don’t always need an open fire in a fire pit! By using your grill, you can make S’mores tonight – or any day! 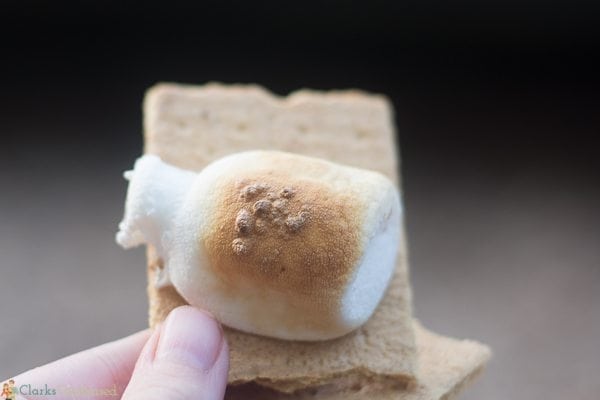 Be sure to grab all your s’mores supplies at Walmart! 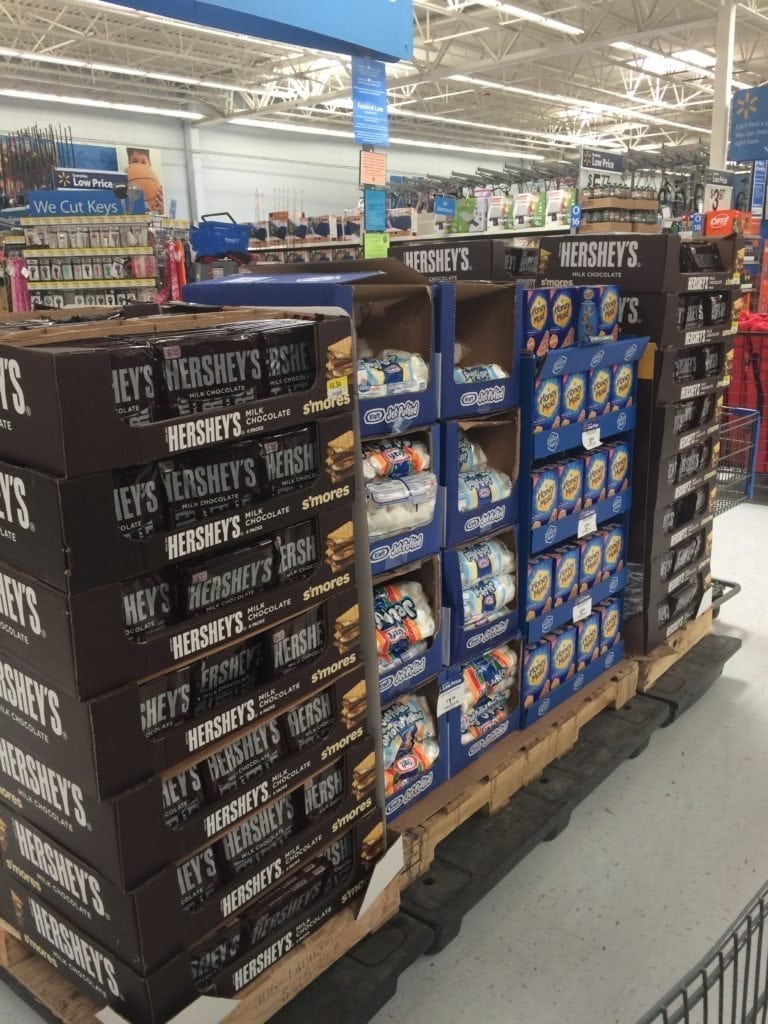 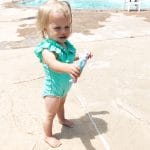