Our Owlet Baby Monitor review. I wish I had it when my first son was born and was having trouble breathing – and I am forever grateful we had it with my second when it helped us realize he had stopped breathing. 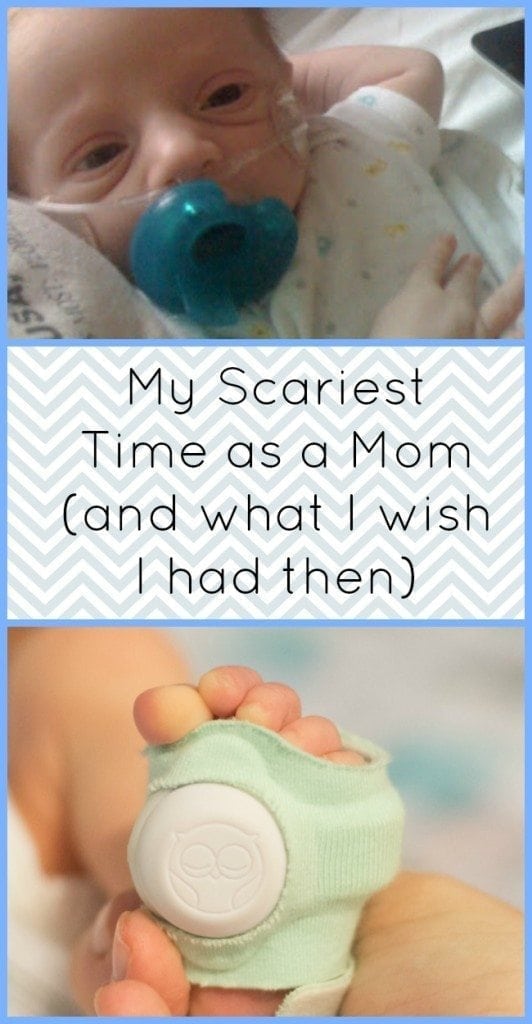 Looking for the best price on Owlet baby monitors? We share all the latest deals here.  The refurbished Owlet Sock 2.0 is just $199 – and it’s just as good as buying a brand new one. Connected Care is now included for FREE!)

Not exactly the most comforting thing to be told about your two-week-old son.

Seeing your child’s oxygen level below 70% is a scary thing. Especially because, had you listened to a doctor earlier in the day who claimed the machine was probably just broken when the levels dropped to around 87, you may not have known until it was too late.

Mommy intuition is a real thing.

We had gone to Jack’s two-week well-child appointment earlier that morning. I mentioned to the doctor that he hadn’t been feeding as well, and he was very congested. He brushed it off as “normal” newborn behavior. They used a pulse oximeter on him, and his levels wouldn’t get above 87. They said that the machine was just not working right. As a new parent, I had no idea what that machine was even doing, so I trusted the doctor.

After we left the office, Forrest and I both felt uneasy. Jack had trouble eating and breathing throughout the rest of the day, and I kept feeling like something else was going on. We finally decided to call the on-call doctor when Jack’s temperature was almost to fever-level (99.3 under the arm – so 100.3 adjusted.) I am so grateful that the doctor told us to come in.

A few hours later, Jack was admitted to the hospital. They tested him for RSV – even though the nurse told us she would be very surprised if he had it since newborns rarely got RSV. Then they tested his oxygen level, and it was below 70. This was around 10:00 at night. It was terrifying. And yes, he did have RSV, despite the odds.

This was honestly one of the scariest times as a parent – and it happened just two weeks in. Talk about initiation into parenthood! Jack was released from the hospital eight days later, but he remained on oxygen for about two weeks after that. 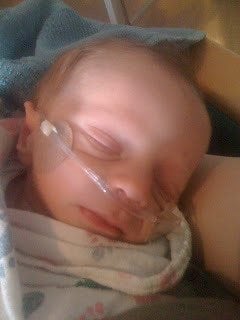 It was comforting to be in the hospital at times, knowing that all his vital signs were being monitored constantly. I wished that we could have taken the pulse oximeter home with us, just to make sure he was doing okay. When he was taken over the oxygen, even though I knew he was okay, I slept poorly, because I kept waking up to make sure he was okay.

Now that we have a new baby in our family, I get nervous whenever he gets congested or has trouble eating. Whenever he has gone to the doctor, I watch the pulse oximeter like a hawk to make sure it gets above 90, and if it doesn’t, I insist they keep it on until it does. Nighttime still makes me nervous. Oliver is a small baby, and he has had a few different health problems since he’s been born, and it only escalates my nerves when nighttime rolls around. 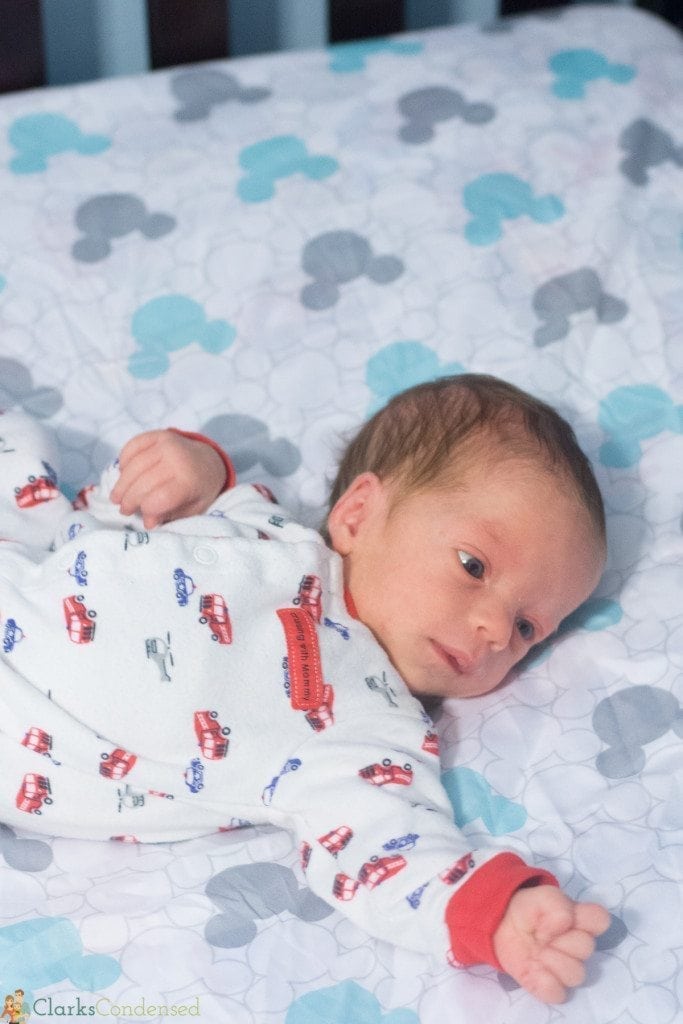 Fortunately, we have an amazing baby monitor this time around that has given me a little bit more peace of mind – the Owlet Care Monitor.

I first heard about the Owlet back when Jack was still young, when I was on the BYU homepage. It was just a brief article about a monitor that was being created to notify parents when their child was in distress, but it instantly caught my eye as something that I wish I had. Although it’s not a diagnostic tool, I think just having the peace of mind that was something was tracking him at night would have helped me sleep so much better. I still find myself checking to make sure he’s breathing every now and then…and he’s three-and-a-half! 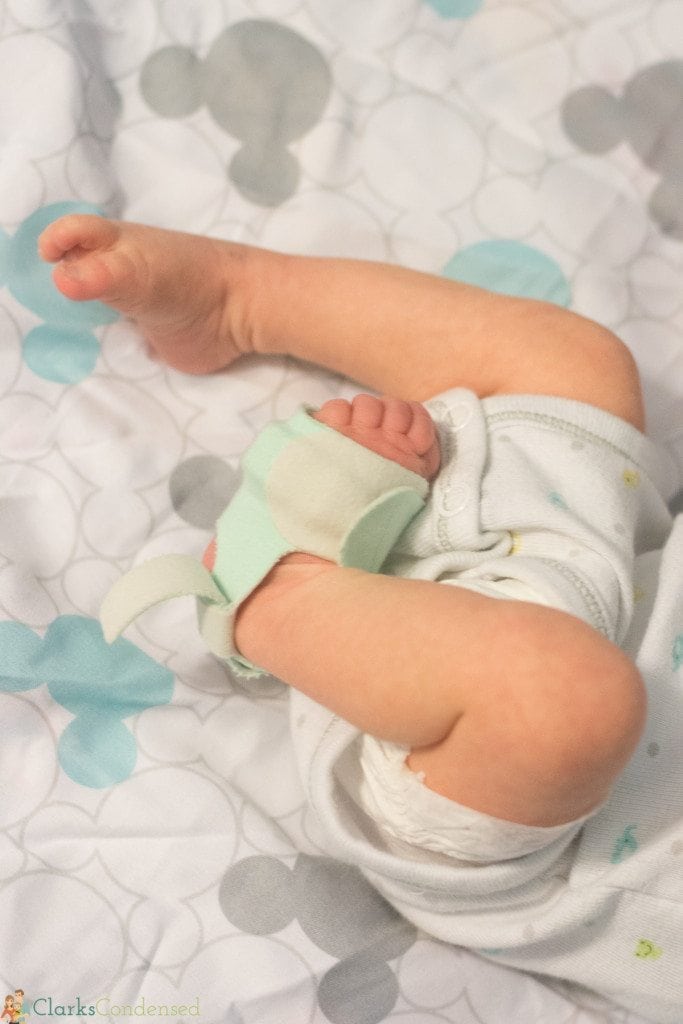 Since then, I have closely followed the company and the product as they prepared to release it. I was SO excited when I found out it was available before Oliver was born, and I was even more excited when Owlet agreed to work with me.

Our Experience With the Owlet

Update….our experience isn’t quite as boring, sadly. A few weeks ago, Oliver’s oxygen got dangerously low, and the monitor alerted us to it. I’m so grateful for that. A few months later, alerted us to the fact that Oliver’s oxygen was dropping too low during his sleep, and because of this, we’ve discovered underlying health issues. We would buy this product over ANY other baby product because of what it’s done for us. It’s priceless to us.

Our experience has been rather boring with the Owlet. But, that’s a good thing. We put it on Oliver’s foot every night, and it tracks his oxygen level and heart rate perfectly. The heart rate matches up with what it typically is at the doctor’s office, as well as it what it was throughout pregnancy. There was one time where I accidentally took it off before deactivating the monitor, and not only did the monitor go off, but my phone monitor went off as well. It certainly doesn’t mess around when it thinks something may be going on with your baby.

The first week or so that we had it, I couldn’t get it to track correctly. Oliver was only about 5 pounds at that point, and once he gained a couple of ounces, it worked perfectly, and it has since. 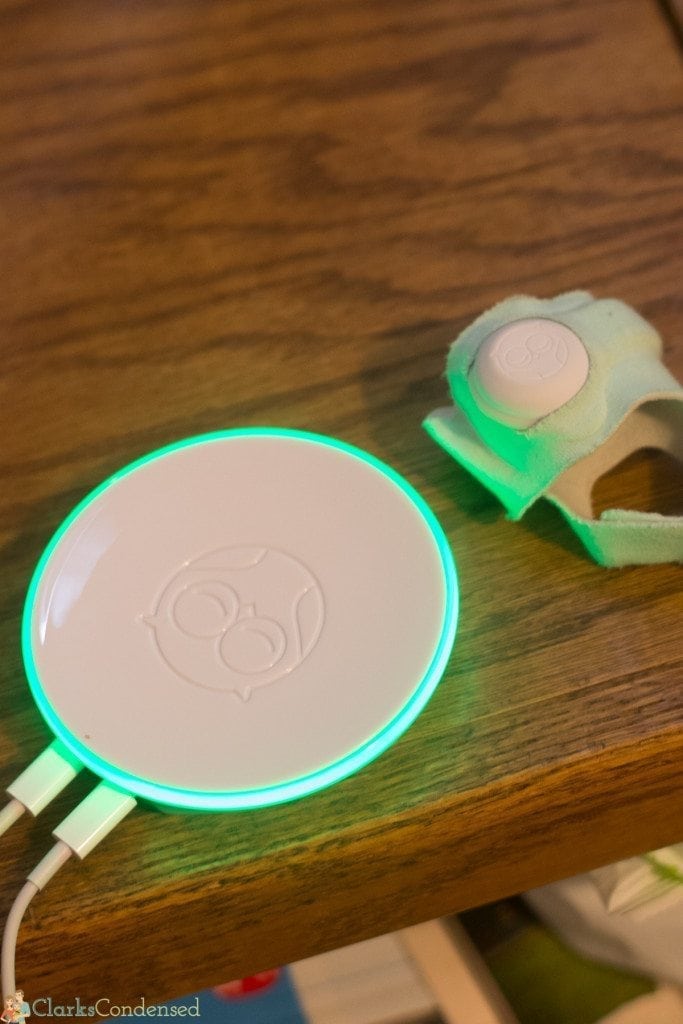 Like I said, our experience has been boring. He hasn’t stopped breathing, thankfully. And while I know that it’s important for us to watch him and make sure he’s doing okay, it’s helped me sleep better at night knowing that he is being monitored by the Owlet Care Monitor. I love the accompanying app that allows me to see real-time stats, but I also love that it will still work even if the wi-fi goes out, or if you don’t have a smartphone.

Owlet released their second version of their baby monitor last year, and it is definitely an improvement on the one I have. The bluetooth range is bigger, which is much better, and it’s just a better designed sock.

The Smart Sock 2.0 also works with Connected Care. Although this was initially a paid service, it is now FREE with any purchase of the Owlet Baby Care monitor, which is pretty amazing. I wish we’d had this as we were trying to figure out some of Oliver’s issues. It basically allows you to see the historical data and check out sleep trends. You can also instantly share the data with your health care provider.

The Smart Sock 2.0 comes in three different colors, though occasionally

The Owlet Monitor let us know when my son’s breathing was compromised when he was just a few weeks old, and it eventually led to a diagnosis of central sleep apnea – you can read about that here.

What the Owlet Care Monitor is

While the Owlet is not a medical device, it is something that will notify you if your baby stops breathing.  Unlike other monitors that require you to closely watch a video or listening to audio, the Owlet Smart Sock tracks your child’s breathing. It’s goal is to give parents peace of mind, by notifying them only if a baby’s heart rate drops or goes too high, or if the infant stops breathing. The Owlet Care Monitor does this with hospital technology—pulse oximetry—and makes it appropriate for the nursery setting. The information from the monitor is sent to parent’s smartphones via a bluetooth-enabled Base Station, allowing parents to check on their child from anywhere.

It is designed for infants 0 months to 18 months. It has been tested on hundreds of infants. Here is an awesome video about three parents who were alerted that their baby had stopped  breathing.

More answers to common questions can be found here.

What the Owlet is not

The Owlet is an awesome tool, and I really think it’s an industry-changer. I’m really impressed with all the testing, research, and time that has gone into creating this tool for parents. However, there are a few things it is not:

An excuse for unsafe sleeping: There are many things you can do to make your infant’s sleeping environment safer. Having an Owlet monitor can help you feel more at ease at night, but it’s not an excuse to forego safe sleep practices. Be sure to check out my guide to newborn sleep for tips on safe infant sleep.

A medical device: This is not a medical device. While it uses some of the medical technology that is used in hospitals and doctors offices, it should not replace the care of a doctor.

A life-saving device: While the Owlet will alert you if your child stops breathing or their heart rate drops/rises significantly, it will not save your child. If it alerts you to an issue with your child, it is up to YOU to decide what to do next. For that reason, I recommend educating yourself on infant CPR, how to help a baby stop choking, etc.

A diagnostic tool: Similar to this not being a medical device, it’s not a tool for you to use to try and diagnose your child with an illness. It may help you have information that will be helpful for a doctor’s appointment – but this is just anecdotal information. If you have concerns about your child’s health, make sure you consult with your doctor. There have been a few cases where a parent noticed their child having consistently low oxygen levels via the monitoring system, and by going to their doctor, they were able to diagnose the child with sleep apnea (including us).

Here is a video of my test of the Owlet versus a medical grade monitor:

I truly believe that this is an amazing device that everyone should consider buying. They do cost $299, but make sure you check out the Owlet website all current offers – the only offers will be available here.

Owlet sent me a free monitor, however, I back my feelings 100%. I think this is an amazing product. 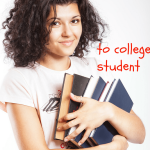 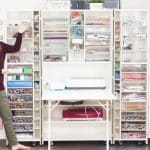 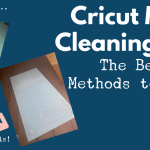