Who can resist a good ol’ cake off?

I know I can’t! I’m excited to be sharing a delicious, fruit based cake in the Great Wayfair Cake Off. If you are a fan of Wayfair, you may know that they have great cake pans and cake and pie serving dishes, so it’s definitely the perfect company to be hosting this. 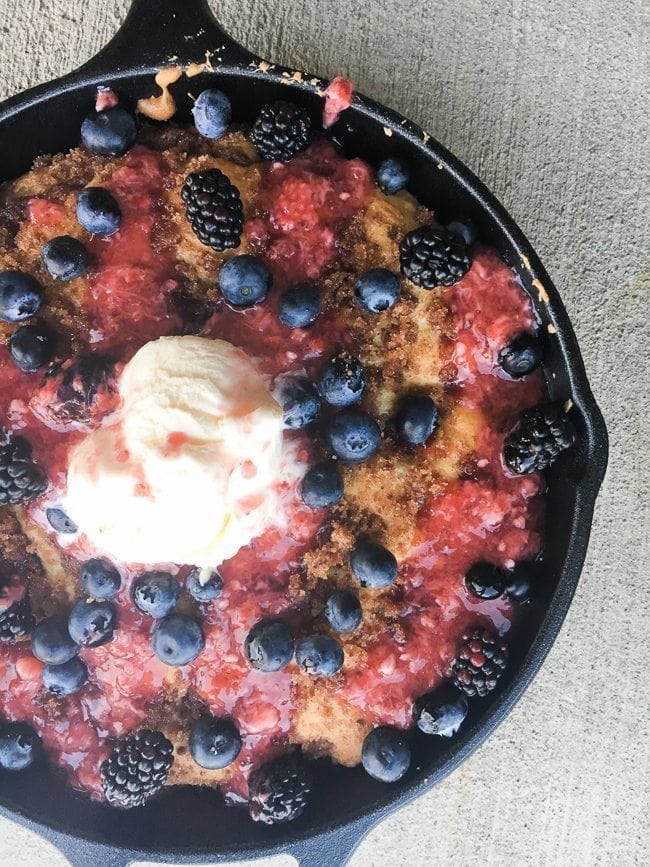 When I heard about the challenge to create a fruit-based cake, I knew exactly what I was going to make – a copy cat version of Chili’s Triple Berry Crumble Cake. Forrest and I rarely get dessert when we go out to eat, but one night, we decided to splurge on this at Chili’s. It was totally worth the extra money and calories – both of us were craving it ever since. 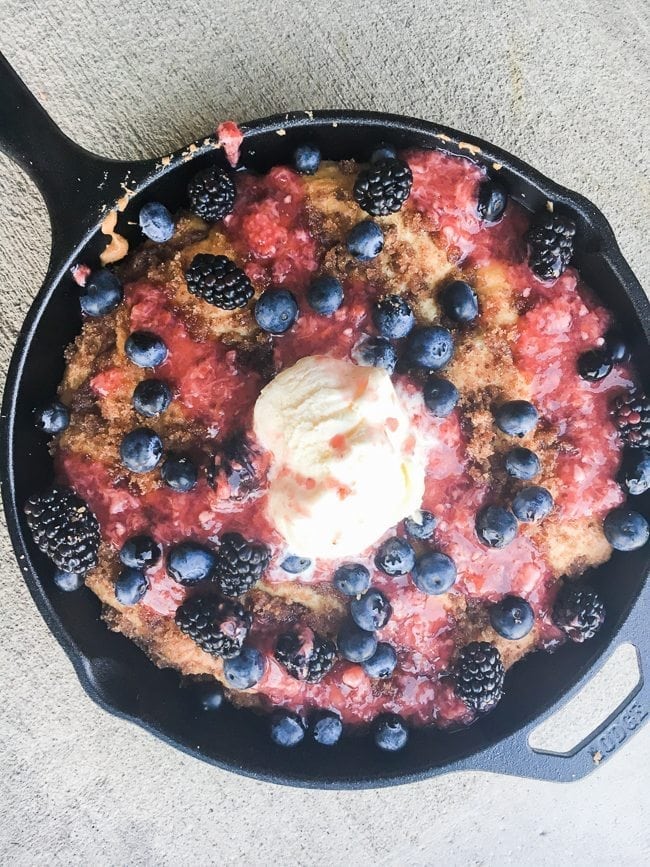 It’s made in a cast iron skillet, so we thought about the best way to make it. We considered doing a homemade base, but then I saw a box of Krusteaz Cinnamon Swirl Crumb Cake, and I thought it would be perfect. 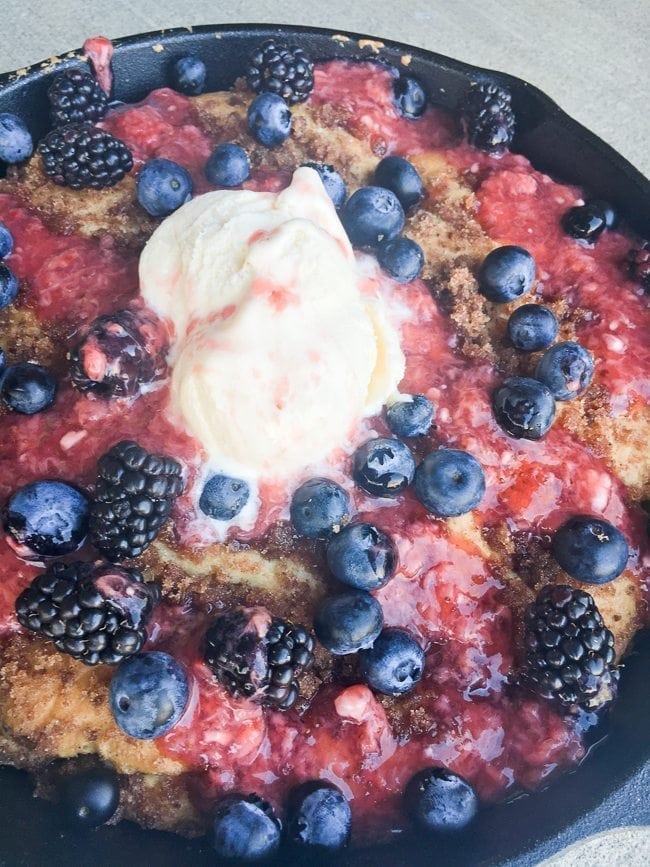 And it totally was. It was really easy to throw together, and both Forrest and I LOVED it. In fact, we made it when we were at my parent’s house, and EVERYONE loved it. Forrest said he wouldn’t mind having it for his birthday instead of a traditonal cake. 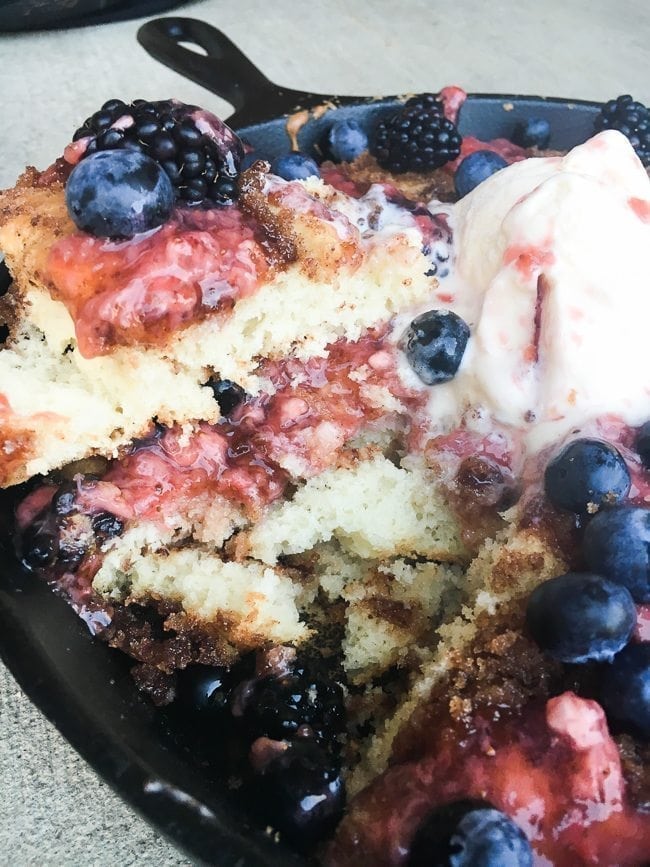 The thing I love about this cake is that even if it’s easy, it has great texture and flavor. Just because it’s from a mix doesn’t mean it can’t be amazing. I love all the fresh fruit and ice cream on it, and when you top it with our simple strawberry sauce, it’s just simply divine.

The version at Chili’s is smaller, so this is a giant sized one…but it’s so good, and it can feed several people. I think I might be asking for it for my next birthday!

Cross your fingers that I win the cake off 🙂 The Best Way to Start Charcoal or a Fire (Without Lighter Fluid)
Next Post: A Call For Empathy: Response to Cincinnati Zoo Incident