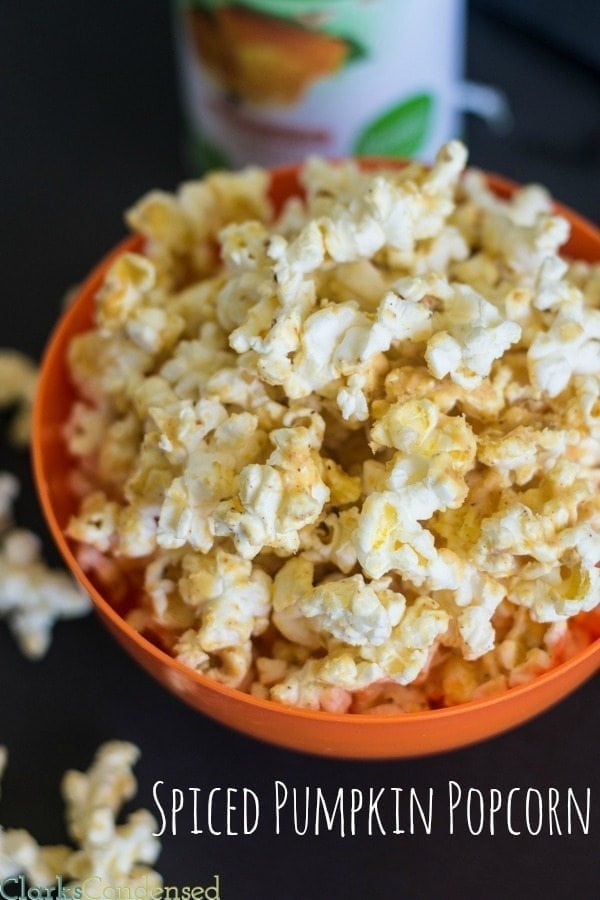 It’s the 12th of September. Are you sick of pumpkin yet? I sure hope not, because boy, do I have a delicious pumpkin popcorn recipe, perfect for snacking this fall!

There’s a lot of stereotypes about bloggers and one of those is that some bloggers just take one recipe, change it a little bit, and repost it as something new and amazing (ahem, poke cakes, anyone?) While I tend to giggle about these, I definitely do that with one item. Popcorn.

Popcorn is just so delicious, and you know what makes it even more delicious? Adding stuff to it. It usually involves seasonal M&Ms (which, after the season is over, makes a recipe kind of useless for another year), or coconut, or white chocolate, or maybe some cookie butter (another very stereotypical blogging food item), and putting it into a decorative bowl. It’s so delicious, and every time I see a new popcorn recipe pop up on Pinterest, I can’t help but want to try it . . . even if it was a totally non-creative idea. What can I say. I love fancy popcorn. And so does this cute little munchkin. He loves helping me make it, too! When I was taking the pictures he insisted I take this one of him. 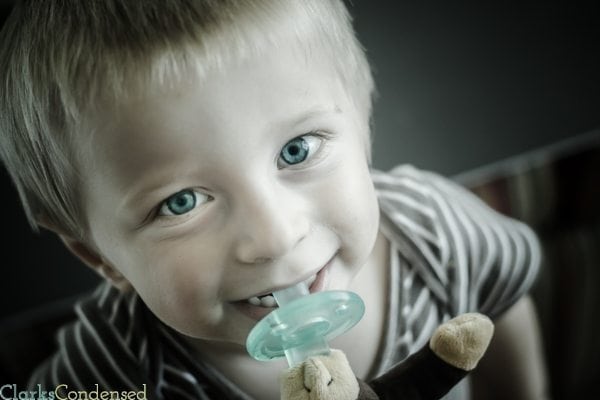 Well, this recipe is a little different, in my opinion, from some popcorn recipes I’ve seen (or even posted here) in the past. Yes, it has white chocolate. But it also has real pumpkin, cinnamon, and nutmeg. And it’s actually not super unhealthy. Really, the only “unhealthy” part to it is the white chocolate, and there really isn’t a ton of it in this — just enough to give it a little sweetness. Plus, I used a low calorie popcorn called Skinnygirl. 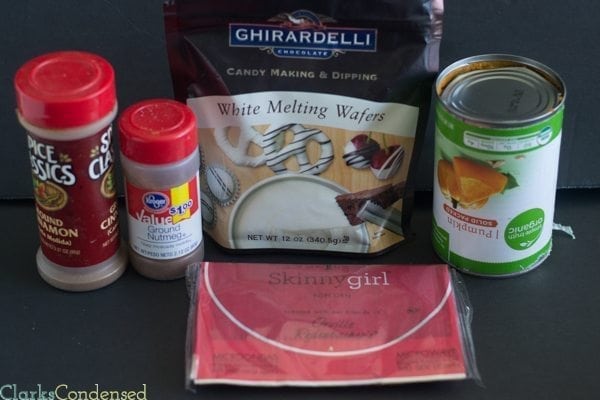 I used two packages of the Skinnygirl popcorn, which was the perfect amount for us. 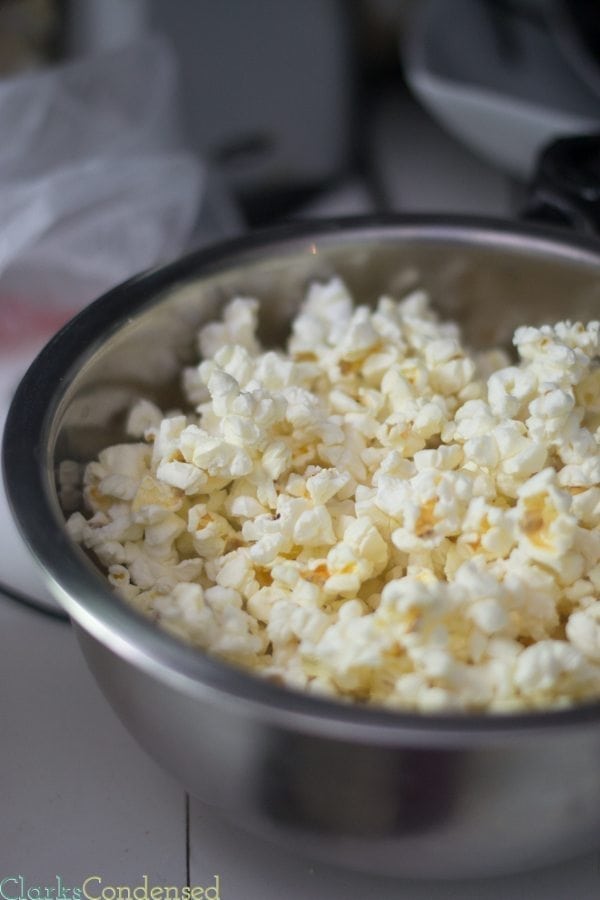 Then I melted some Ghiradelli White Chocolate Melting Wafers. You guys, I am completely converted to using melting wafers instead of just white chocolate chips. So much easier, and the flavor is just so much creamier and rich! 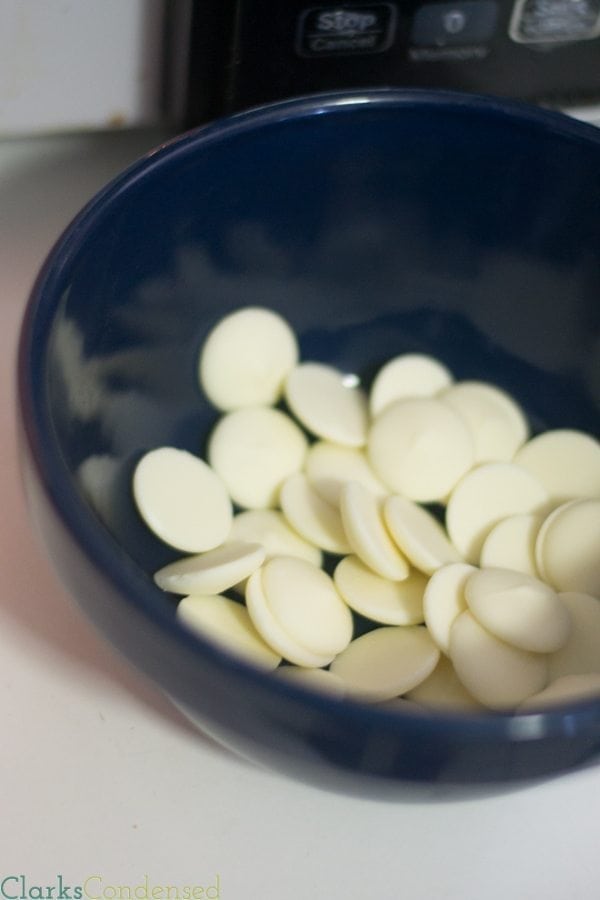 After I had gotten those fully melted, I quickly stir in a tablespoon of organic pumpkin puree and shook in a little bit of cinnamon and nutmeg (probably about a 1/2 teaspoon each!) 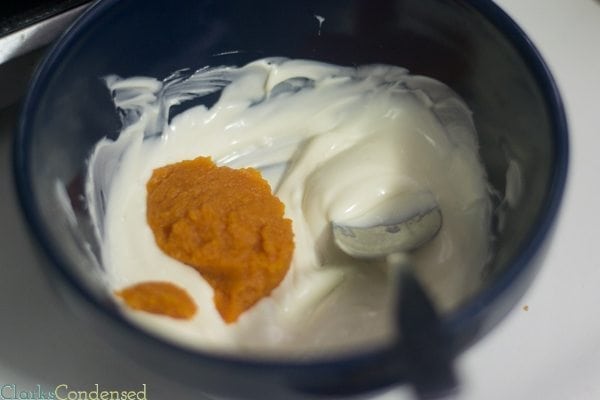 Then Jack and I stirred it into the popcorn, making sure every piece was covered, and then we let it set for about 20 minutes so it can harden up a little bit. 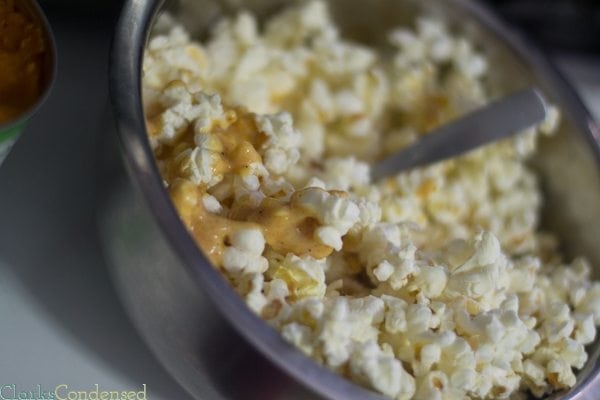 It really is so delicious and simple. I bet you have almost all the ingredients in your pantry right now — so get off the computer and go make some…let me know what you think! 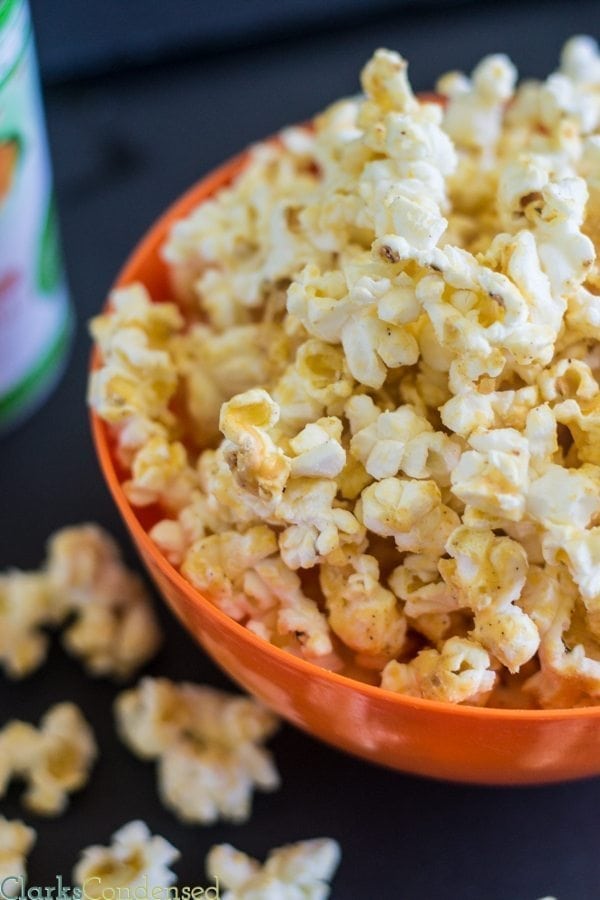