Sign Up!
Home » Eight Tips for Finding A Good Pediatrician 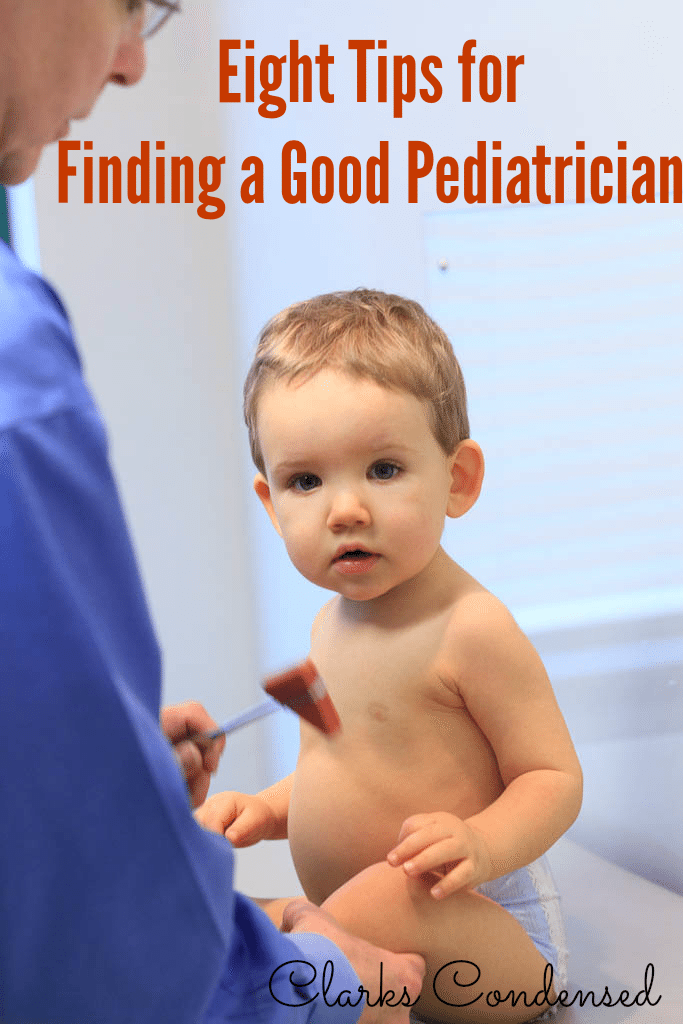 Before Jack was born, I didn’t put one ounce of thought into his pediatrician. For some reason, I was under the impression that there was just one pediatrician office in our area, and that he would just go there.

When the nurses at the hospital asked who I wanted to be his pediatrician, I just named this practice without a second thought. They assigned him a pediatrician, and that was that.

Almost one year later, I wish I had realized how important it is to find the right pediatrician for your child. We’ve gone through a lot of unneeded stress because of my ignorance. I’ve had to rely on my own motherly instincts more times than once when it has come to Jack’s health, and only recently have we switched to a pediatrician that we trust. That was quite the process in and of itself, because the doctor only usually accepts newborns. However, after writing him a letter about everything we went through, he immediately called and said he would love to take care of Jack

One thing I’ve learned, after seeing lots of different pediatricians, and even reading or hearing about other’s experiences with pediatricians, is that they aren’t created equal. Some doctors are great about staying up on current research, while others are stuck in their ways. I think something every parent should know, is just because a doctor says you should do something, doesn’t mean it’s right. Do your research, and understand that just because a doctor recommends something, doesn’t automatically mean it’s necessarily the right thing for your child. And if you don’t agree with something the doctor says or does, don’t hesitate to ask for a second opinion. I’m not trying to discount the importance of doctors, because believe me, I’m grateful for medicine and competent physicians. But I also believe that doctor’s don’t know everything, and are there for medical advice…not unwanted parenting advice.

Anyways, here are a few things to do or keep in mind when finding a pediatrician for your child.

One of the best ways to find a good pediatricians is to talk to people in the area. When I was on the search for a new one, I simply posted a question on Facebook about pediatricians in my area. Within minutes, I had tons of people posting about different pediatricians, why they liked them, and where they were located.

Obviously, not everyone is going to like the same doctors. But if you have a friend that has similar values, opinions and parenting style, it would be wise to ask their opinion on a pediatrician in the area.

Another idea is to ask your OB/GYN or Midwife for suggestions. Chances are, if you loved your doctor, anyone they recommend will likely have the same philosophies.

Simply Google “Pediatrician’s in ______ (insert area)” and you’ll instantly see tons of websites with ratings of different doctors. Some are better than others — I really like the ones that actually show written reviews by other people. Be careful to trust ratings, though, if there’s only one or two. Often, people use rating sites to vent their frustrations, so if there is one terrible review…take it with a grain of salt.

I also found that there are quite a few location-specific message boards out there, and the moms are usually very helpful for giving information. When I was looking for an allergist for Baby J, I found a board on BabyCenter.com where a previous question had been discussed about allergists in our area. I was able to find a pediatric allergist that was known for getting patients in within a few days (rather than the 2-3 months other places I had found.) We were so pleased, and I probably wouldn’t have known the information about him just by simply looking at names in the provider handbook our insurance sent me in the mail.

These are some of the first questions you should ask when finding a pediatrician. Obviously, if you are looking for a pediatrician for an unborn child, it won’t matter if the pediatrician is only taking newborns — that’s you! But if they aren’t taking any new patients, you are out of luck. The insurance thing is also pretty cut and dry — no matter how much you pout, if the doctor doesn’t take your insurance, there’s not much you can do (Unless you want to pay everything out-of-pocket..but really, I don’t think any pediatrician is worth that!)

I had never thought of doing this until this post from BabyCenter.com popped up in my email one day. The document covers everything from insurance, to information about after hours, to asking questions about the pediatrician’s views on different topics. I’d list some of my own questions, but I think you’re better off checking out the one I referenced from BabyCenter.com. It really goes into a lot of detail.

I’ve never really had a formal interview with a pediatrician, so I’m not exactly sure how you go about it, but I’m sure if you call the prospective pediatrician’s office, the receptionist can help you. Don’t expect the interview to be very long, so pick out a few questions that are most important to you

I think it would be worth it to take a visit to a potential office. Almost immediately, you will be able to get a feel for the friendliness of the office staff. You can also see if there’s separate waiting areas for children that are healthy and ill, if there’s toys or movies for children to watch, and if it’s super crowded. If your office is like the one we used to go to, you’ll also be able to see wait times for doctors. Almost every time we went to the doctor, the wait to see our physician was extremely high. If you don’t like to wait (and who does) this could be an important thing to find out.

One of the redeeming things about our doctor’s office is that the staff (the nurses, receptionist, and even billing) were very pleasant. The waiting area was very kid friendly, and spacious, which I liked (especially when I wanted to be as far away as possible for a child hacking up a storm.)

Every parent has a different way they parent. If something is important to you, find a pediatrician that shares those same values. Although I don’t think there’s anything wrong with someone formula feeding their child, I got very frustrated when one of the doctors at the practice we went to kept pushing formula, particularly soy formula. Breastfeeding is something I’m very passionate about, and it was just annoying to be told that formula was a better option (even though Baby J was growing just fine.)

I fully support vaccination as well, but I know that’s a very touchy subject for some. While most pediatricians are going to be pro-vaccine as well, there are quite a few out there that are more “vaccine friendly,” as the mommy Internet community calls them. These doctors are willing to do work with parents who may want to do a delayed schedule, or who have other issues with vaccines. Dr. Sears has a list of these doctors here, but I’m sure it’s not all inclusive.

All in all, I think it’s important to be on the same page. Even if you have slightly different opinions from your doctor, just be upfront about it. If they are willing to listen to you, and not offer unwanted parenting advice, and you like them otherwise, I’d say you find a good fit.

This is big. A lot of people already know this, but when Baby J was just two weeks old, we took him to the doctor. He had been choking randomly, was very congested, and just didn’t seem right. At the time, his blood oxygen levels were around 87. The nurse and doctor just said that machine must have been broken. If we had realized that the number needs to be above 90, we would have insisted they recheck. However, we had no idea what that meant at the time. Instead, we just went back home. A few hours later, we both just didn’t feel right. A few hours after that, Baby J was admitted to the hospital by an on-call doctor, and he was there for eight days with RSV. His oxygen levels dipped down to below 70 that night. If we hadn’t listened to our instincts, I don’t even want to think about what could have happened. To put in in perspective, one of the nurses told us that once when she was working in the ER, a patient that had passed away had the same oxygen levels.

Baby J has had a lot of different health problems, and almost every single time, I’ve been right about diagnosing them. And unfortunately, most of the time, we had to be very proactive about getting them treated, because our pediatrician would always just say, “Hm, could be that. Who knows,” and dismissed our concerns because we were first time parents. While I do think first time parents tend to be a little more paranoid…don’t let a doctor ignore your concerns. You are the one that is always with your child, not the doctor, and you know when their normal behavior is off. If you aren’t satisfied with an answer, don’t give up.

If you’re like me, you might be afraid to switch doctors in fear of hurting the doctor’s feelings. In all honesty, if the practice is big enough, the doctor may not even notice. Just remember that your number one priority is your child, not the physician’s feelings. Doctors see so many patients come and go for a lot of different reasons. This was definitely one of the things that has held me back from switching. I felt like I should give the doctor another chance, or just stick it out, since we will probably be moving from the area in the near future. However, when it came down to it, I realized that even if we only were with the new doctor for a few months, my son’s health was worth it. 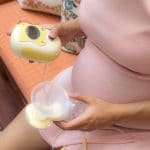 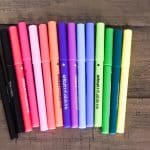 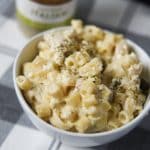 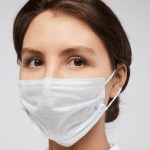