That’s the four letter word of breastfeeding (and yes, I know it has more than four letters.)

If you have never encountered this horrible, miserable illness while breastfeeding, be grateful. I wouldn’t wish it on my worst enemy.

The night sweats. The fever. The pain. The lumps.

Even though I’d had mastitis twice with Jack, it didn’t register with me that it might be that.

Well, on trip to the ER (which was pointless…they didn’t think of mastitis either) and a phone call to my doctor later, and I knew I had mastitis.

Let’s just say it happened at one of the most stressful times ever – right before Oliver was admitted to the hospital for Failure to Thrive…which doesn’t help things.

Fortunately, I haven’t had mastitis since, but I know it’s a very common breastfeeding problem for women, so I felt it was about time I wrote about it!

So, if you are looking for everything you need to know about mastitis, you are in the right spot!

In this post, I will be referencing plugged ducts frequently. While plugged ducts don’t automatically mean mastitis, they often are a precursor for many women, so it’s best to try and prevent them if possible! 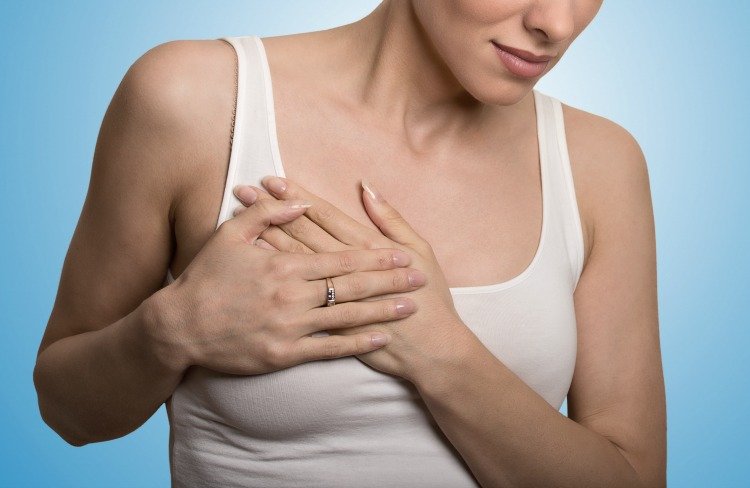 Mastitis is inflammation of the breast. It is most common in women who are breastfeeding, as there is more opportunity for bacteria to be introduced into the breast, plugged ducts, etc.

It can be caused by bacteria, obstruction (such as from plugged ducts), or even from allergy. I would say it’s more common to happen from the first two.

Mastitis is typically more often seen in newly postpartum women, as they are more likely to have cracked nipples in which the bacteria can be introduced through. It’s also when they are more likely to have an oversupply of milk, which leads to plugged ducts. However, it can happen at any stage of breastfeeding (for instance, I had mastitis when Jack was about 15 months old – it is common when you try to stop breastfeeding).

The most common reason for mastitis is restricted milk flow, which can result from engorgement, skipping a feeding, not feeding frequently enough, pressure on the breasts/duct (such as from a tight-fitting bra), etc.

Infection can also be a major cause though, and fatigue, lack of sleep, or a compromised immune system can also cause mastitis.

Antibiotics – I believe that if you are having flu-like symptoms, antibiotics may be a necessary evil. I had a friend who got mastitis, and by the time she got to the ER, they thought it had turned into a blood infection.

If you have mastitis that is clearly from a plugged duct, you *may* not need antibiotics. However, you should always talk with your OBGYN or primary care provider before making this decision. I wouldn’t recommend just waiting it out to see what happens. You can call, tell them your symptoms, and if they approve a more natural approach to treating mastitis first, then you can try out some other techniques.

I usually feel better within 24 hours of using antibiotics.

Ibuprofen – This can help with the pain and fever that often accompanies mastitis.

Massage – This is great to help get out lumps – you can use your hands to do a massage, or I’ve known some women to use an electric toothbrush to try and get out the extra big lumps.

When I had mastitis, I had a plugged duct the size of a kiwi. I was actually worried it was an abcess, because it wasn’t going away. However, one night I read that you could nurse on all fours, and it would help pull the plug out. I felt ridiculous, but it worked. So that might be an option!

Rest – There are people who suggest mastitis can occur when mothers are overdoing themselves. REST!!

Hot/Cold  – Many women find relief from alternating cold and hot compresses, especially right before nursing. I had great success with these Lansinoh therapearls. These are things I think all women should have before they start nursing. It helped a lot with the pain (which is why they made my list of the best breastfeeding supplies).

Probiotics – These can be great for your overall health, but if you are on antibiotics, you definitely want to try and use probiotics after you are done with your antibiotics. This can also help prevent Thrush, which is also a nightmare. Some studies suggest that probiotics can help treat mastitis and prevent it from happening again.

Raw Garlic – Ingest up to five cloves of garlic a day. This is thought to be a natural antibiotic.

Warm Shower – This can really help with the pain, and it can also relieve clogged ducts.

Tincture of echinacea – up to three times a day.

How to Prevent Mastitis

There are things you can do to prevent mastitis and plugged ducts in the future.

Nurse frequently – By making sure you are feeding on demand, it will help prevent plugged ducts, which will entire prevent some cases of mastitis. Stop watching the clock, pay attention to your baby’s wet and poopy diapers, and avoid playing the dangerous game of interval feeding.

Avoid pumping unless necessary – One of the big causes of plugged ducts is an oversupply of milk, which is why it’s more common in the early days of nursing.

Unless you are having to pump for supplementing or because you are exclusively pumping, I would avoid pumping until your milk supply has regulated. If you get in the habit of pumping every time you nurse, your body is going to keep thinking you need that much milk.

If you need more relief in between feedings or even after, try hand expressing. It’s a more gentle approach to finding that relief.

Rest – Pretty self-explanatory. Lay on the couch, feed your baby, and watch some Netflix! Mommas need to recover, too.

Lecithin – I know many people that swear by this treatment for plugged ducts.

Treat cracked or bleeding nipples quickly – I am a big fan of using coconut oil for treatment of cracked or hurting nipples. I also really like.  Earth Mama, Angel Baby Nipple Cream.

Avoid tight bras or shirts – properly fitting nursing braA big reason for mastitis is because of restricted milk flow. This can happen if you are wearing a bra or shirt that is too tight fitting (such as a sports bra). Make sure you have a .

While mastitis can be treated fairly easily, there are things that can happen when you have mastitis.

Abscess – If the lump in your breast doesn’t go away, doesn’t seem to feel less painful after nursing, or your symptoms aren’t improved within 24-48 hours, it is possible that you have an abscess of the breast.

These are no fun, and they typically have to be removed either with a needle that drains it or through ultrasound treatment. If you are concerned you may have an abscess, consult with your doctor ASAP.

Lowered milk supply – Your milk supply can be affected my mastitis. Mine definitely was – as soon as I got treatment and was able to get rid of the plugged ducts causing it, my supply definitely increased.

Blood Poisoning/Sepsis – This is a very rare complication, but it can happen if a serious infection goes untreated.

Breast milk may change taste – Some mothers report that their babies are more fussy/resisting nursing more when they have mastitis. It can be more salty tasting.

For more advice on breastfeeding, make sure you check out our Breastfeeding 101 page!!

Resources for this Article:

10 Simple Curb Appeal Ideas Anyone Can Do!
Next Post: One New Reason To Love Amazon Prime