If you are looking for an easy dinner idea, it doesn’t get simpler than this creamy chicken salsa verde! All you need is three ingredients and a slow cooker, and you’ll have a delicious meal in a few hours. 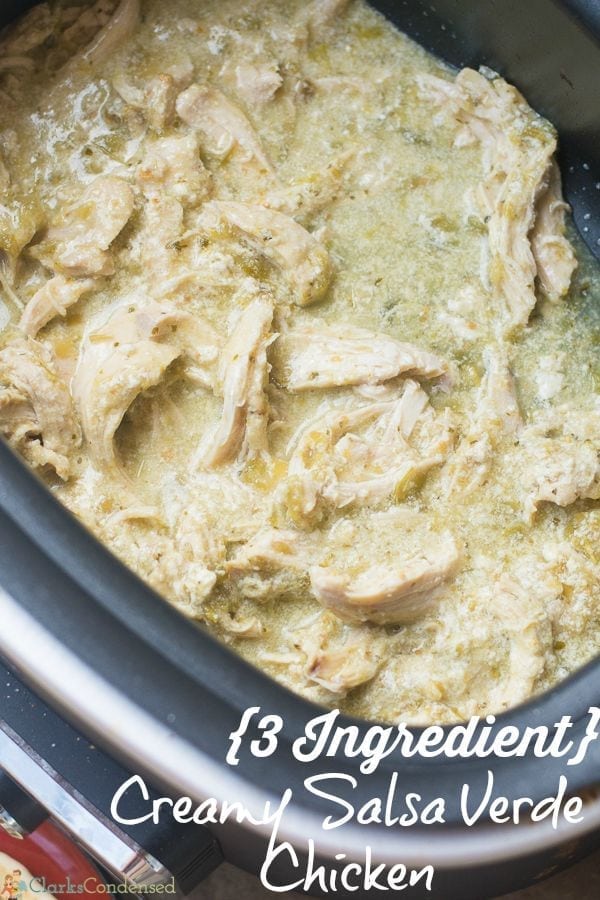 Sometimes the simplest recipes are the most delicious. While I try to make most of the recipes that I share on here pretty easy, this is probably one of the simplest yet. Don’t let the short ingredient list fool you though – I promise this meal is full of flavor, and it will literally only take you minutes to throw into the slow cooker.

I love slow cooker recipes, especially during the summer. I’m always pinning new ones that I find on Pinterest. For me, in order for a slow cooker recipe to be worth doing (most of the time), it has to be simple. There are so many recipes out there that require you to do all this cooking on the stove top before you put it into the slow cooker. While I’m sure these recipes taste great, in my opinion, it just defeats the purpose of a slow cooker – using the least amount of dishes and prep time as possible!

This recipe is inspired by a yummy salsa chicken recipe that my sister sometimes would make when we went to visit her. She would use a mild red salsa, chicken, and some sour cream and then shred the chicken for tacos. To be honest, this is the exact same idea, except I used salsa verde instead. Even though it’s basically the same recipe with that small change, the flavor is completely different!

This chicken seriously tasted so good! I kept thinking, “How can something so simple taste so delicious?!” I served it on grilled naan bread, but this would be great in flour tortillas as well. I also thought it would be yummy to use the leftovers in chicken enchiladas.

You could even dress this up a little bit by throwing in some canned corn and black beans though that’s not totally necessary. All I know is that I can’t wait to make it again! 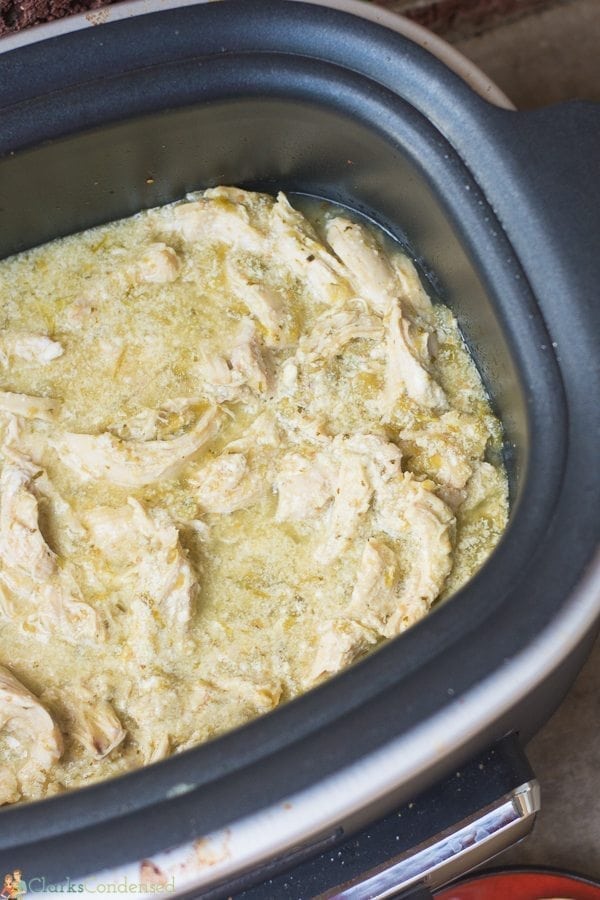