Breakfast doesn’t always have to be pancakes. This easy sausage breakfast casserole is perfect for any breakfast gathering! Keep reading to see how I incorporated it into a baby shower! 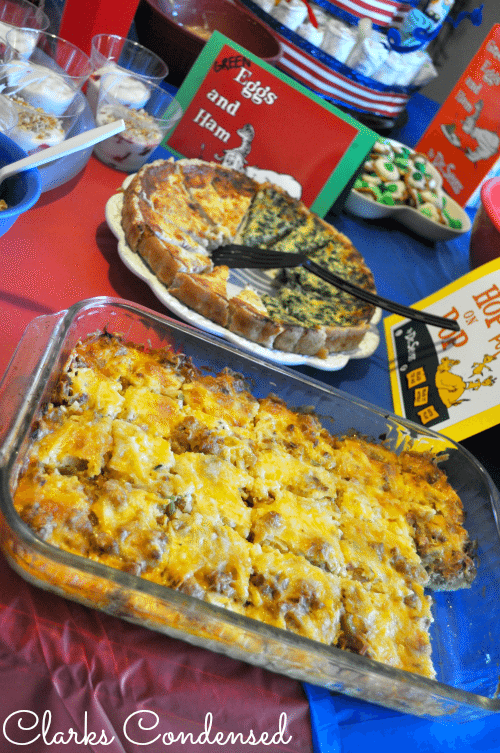 Since the baby shower was at 10:00 AM, it was the perfect addition to our little brunch fest. We had originally planned to put ham in this casserole, but forgot in the end, but that’s okay. Sausage is way better, and I don’t even like ham 😉 So we just pretended like there was ham, and it was almost all gone by the time the shower was over.

This casserole is made quite often — Father’s Day, Easter, Christmas…you get the idea, basically perfect for holidays when you don’t want to get up early to cook (or any time really!) You have to make it the night before, but it’s perfect to just throw in the oven the morning you want to use it, and it’s just so darn tasty. I’m getting hungry just thinking about it. The best part of it is, it is so, so easy. 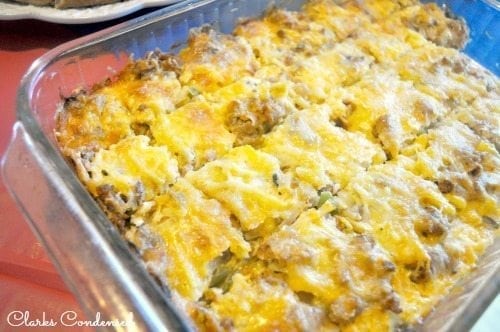 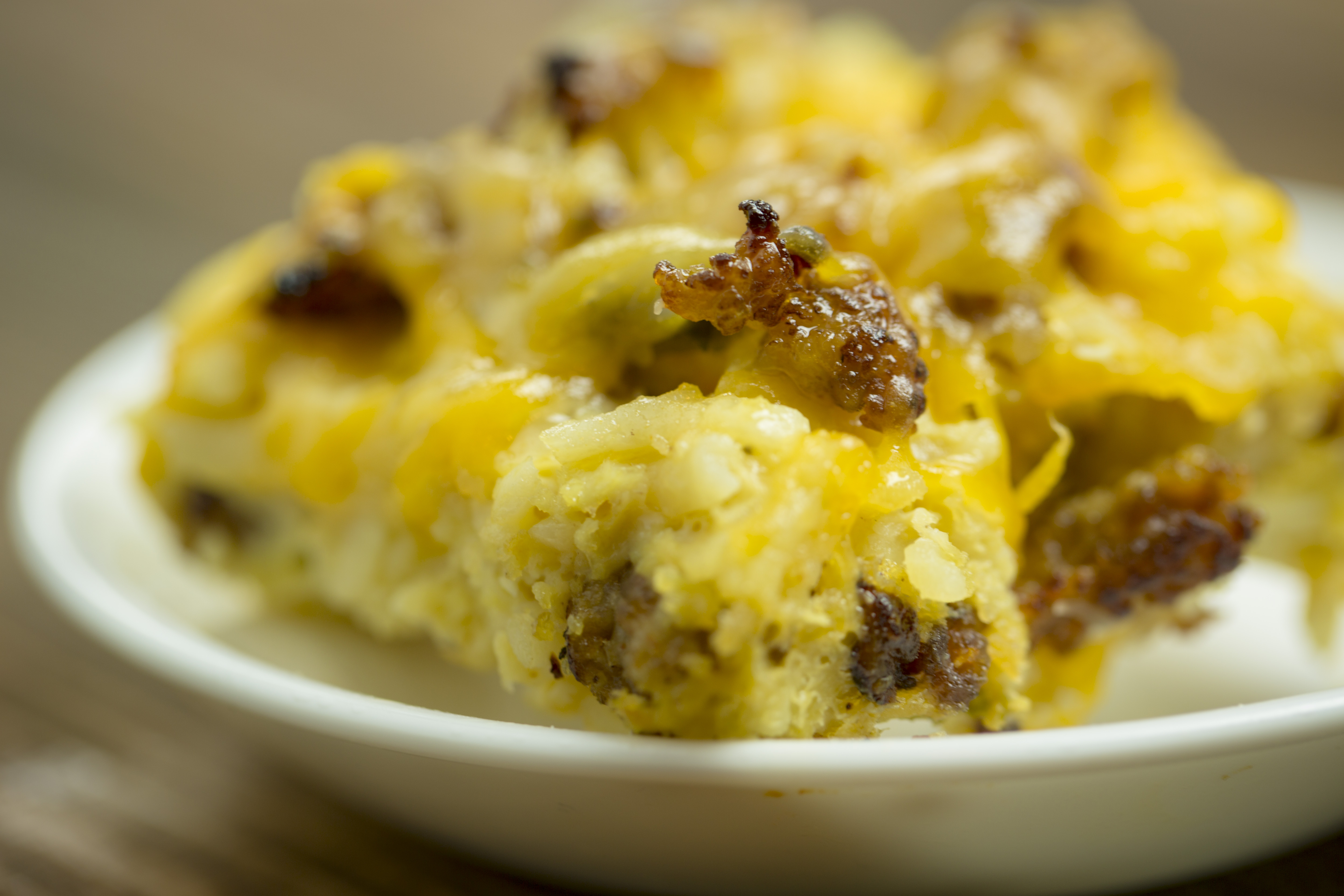