You know what one of my favorite things in the world is? Caramel apple empanadas from Taco Bell. I know, I know, not the healthiest thing ever, but they are just so good!

For awhile, I’ve been on the quest for the perfect copy cat recipe. I’ve found some that were good substitutes, but just not exactly what I was looking for. Either the caramel sauce was too thick, or it didn’t seem like the sauce was even there. If you’ve ever had one of these caramel apple empanadas, you’ll know that the oozing caramel is one of the best parts of it, followed by the sweet, flaky crust. 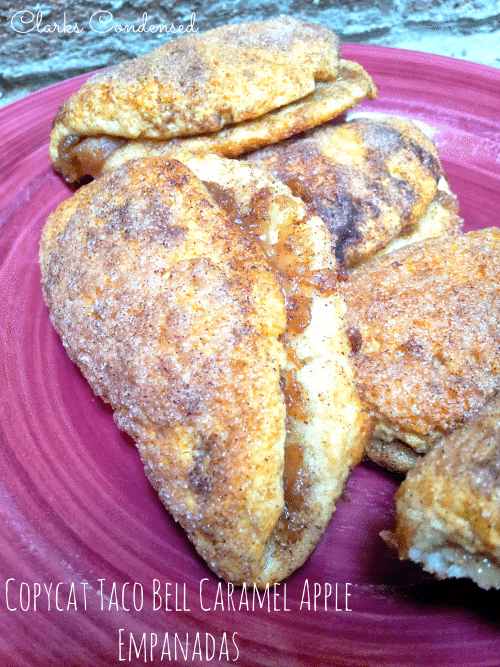 I found this recipe, which I used to help inspire the base of the empanada, and then I just made up the rest. And surprisingly, it turned out pretty delicious. The apple and caramel sauce tasted just like the kind at Taco Bell (maybe even a little bit better.) The dough was a bit thicker, so next time I make these, I’ll be rolling it out a little bit thinner. But overall, it was a success. I’ve had a hard time just eating one! I ended up baking them, just to make them a tad bit healthier, but if you deep fry them, I am sure they would taste just like the kind at Taco Bell.

There are several steps to making these, but I promise, it’s totally worth it. 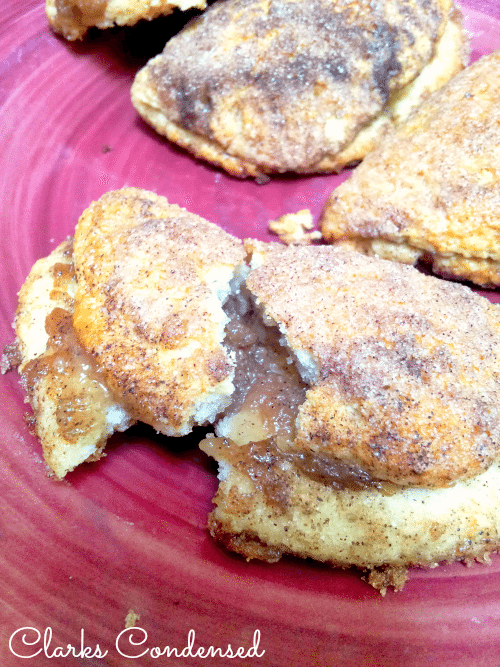