Thanks to Collective Bias, Inc. and its advertiser selecting us to create a yummy recipe, we discovered how delicious Alexia Sweet Potato fries, topped with homemade caramel sauce and marshmallows, can be. All opinions are mine alone – I promise, these are delicious. You’ll definitely want to make them for your next party! #SpringIntoFlavor #CollectiveBias 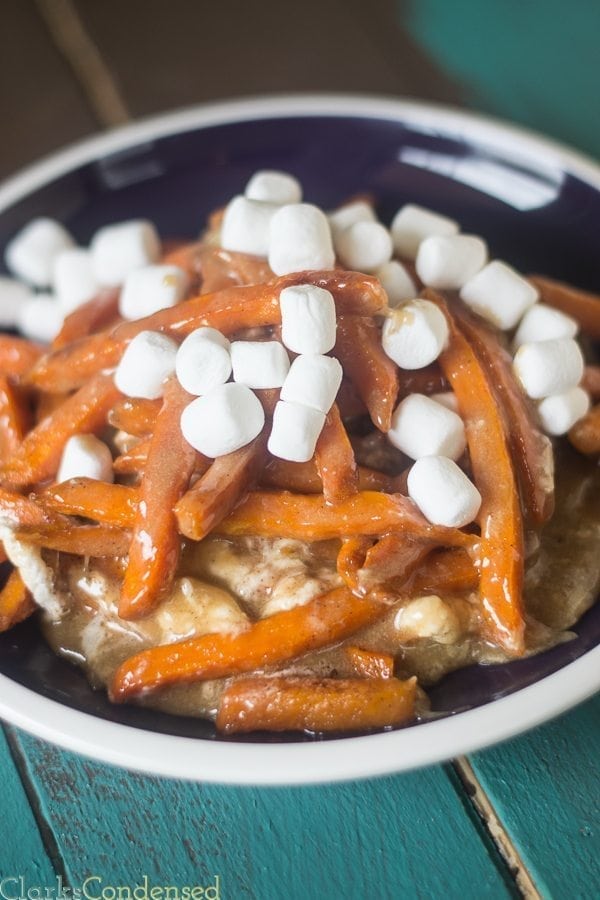 Thanks to Collective Bias, Inc. and its advertiser selecting us to create a yummy recipe, we discovered how delicious Alexia Sweet Potato fries, topped with homemade caramel sauce and marshmallows, can be. All opinions are mine alone – I promise, these are delicious. You’ll definitely want to make them for your next party! #SpringIntoFlavor #CollectiveBias

If I had to think of a big difference between Forrest and mine’s personalities, one of them would be our use of superlatives. If you’ve been following our site for very long, I imagine you’ve seen me proclaim many times that something is the best version of something every (such as, my great-grandma’s best chocolate cake ever recipe). Don’t get me wrong – when I say something is the best ever…I really think it is! You know, until I stumble upon something else that’s even more delicious.

Forrest does not do this. He’s very careful with his use of superlatives (you probably won’t ever hear him saying it’s the worst day ever…which I’ve been known to utter more than one time.) While he’s always very polite about food, and he typically compliments most things I make, it’s a rare occasion where he actually says it’s one of the best things he’s ever heard. No, he saves that for very special occasions. 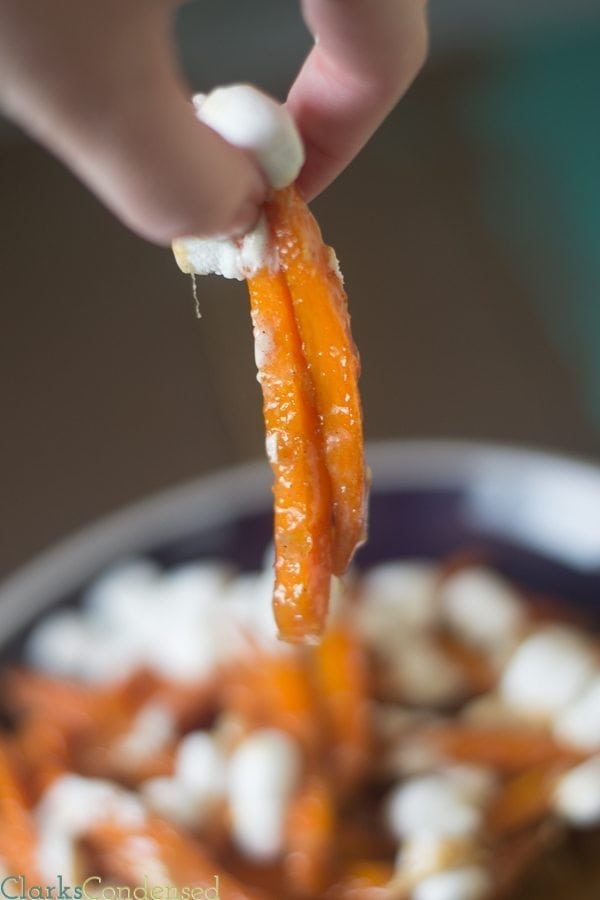 And this recipe, my friends, is one of those recipes. As Forrest was eating it, he told me, “This could possibly be one of the best things I’ve ever eaten.” Whenever we go out to eat, if they offer a loaded sweet potato, he always orders it. The all-natural flavors of the sweet potato fries make it so it’s a little more okay to have some sugar in it. I’d say this is a better-for-you dessert than a lot of options for sure. Plus, you make your own caramel sauce, which  is almost always better-for-you (and more delicious) than store bought! 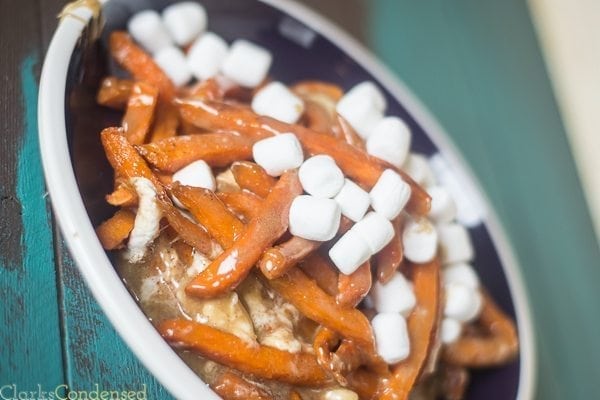 We are big fans of Alexia products – they have all-natural ingredients, and they just taste better than other brands of french fries, sweet potato fries, and onion rings. They are super tasty too, and I don’t feel all gross after eating them, like I often do with french fries and onion rings. 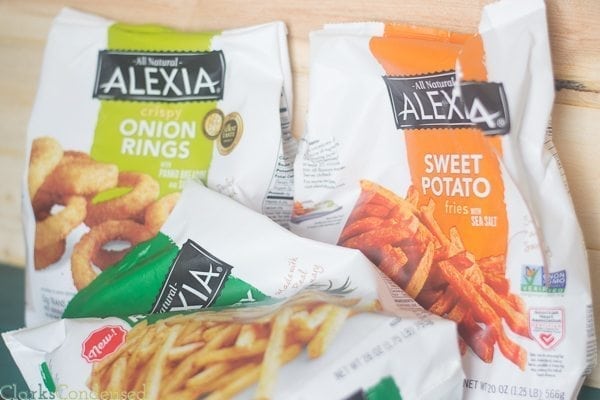 Anyways, we absolutely loved these loaded sweet potato fries. So much, that we had to take the plate out of the room, because we kept telling each other, “Okay, just one more!” And then changing our mind immediately after. None of us had much will power. 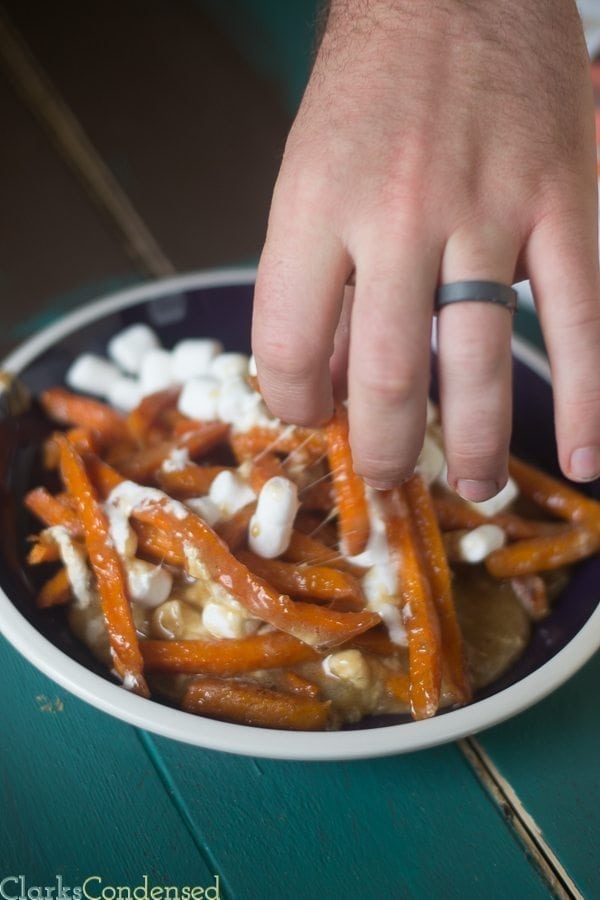 This is a pretty simple recipe to make. First, bake your sweet potato fries according to the instructions. 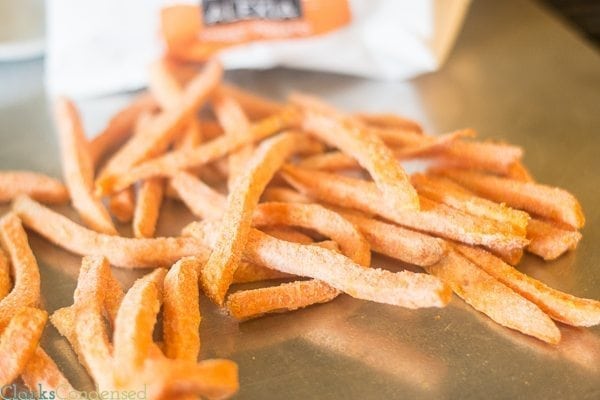 While they are baking, melt butter with brown sugar and marshmallows in a sauce pan on the stove until it starts to boil and is thick. After it boils, let it boil for about a minute, and then turn heat down. Continue to stir occasionally until you are ready to use the sauce. 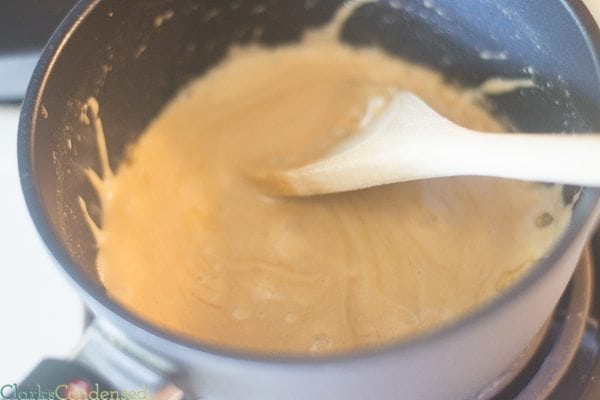 After they are cooked, throw a bunch of a marshmallows on top, and broil until they are melted and start to brown. Watch them very carefully, as they can go from perfectly cooked to perfectly burnt in a matter of seconds. 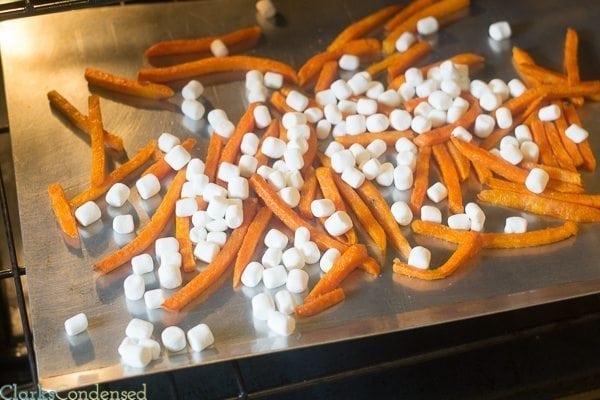 Remove from the oven and sprinkle with cinnamon. 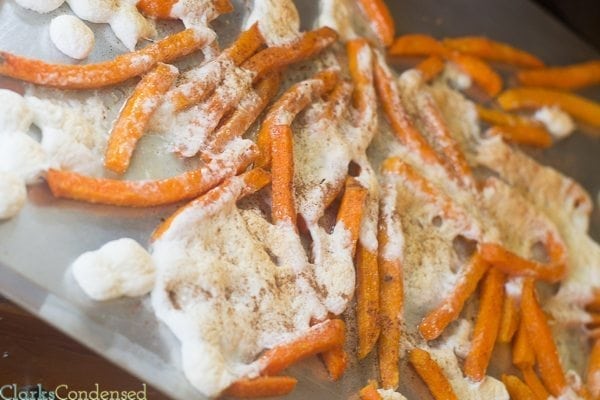 Pour caramel sauce over the top. 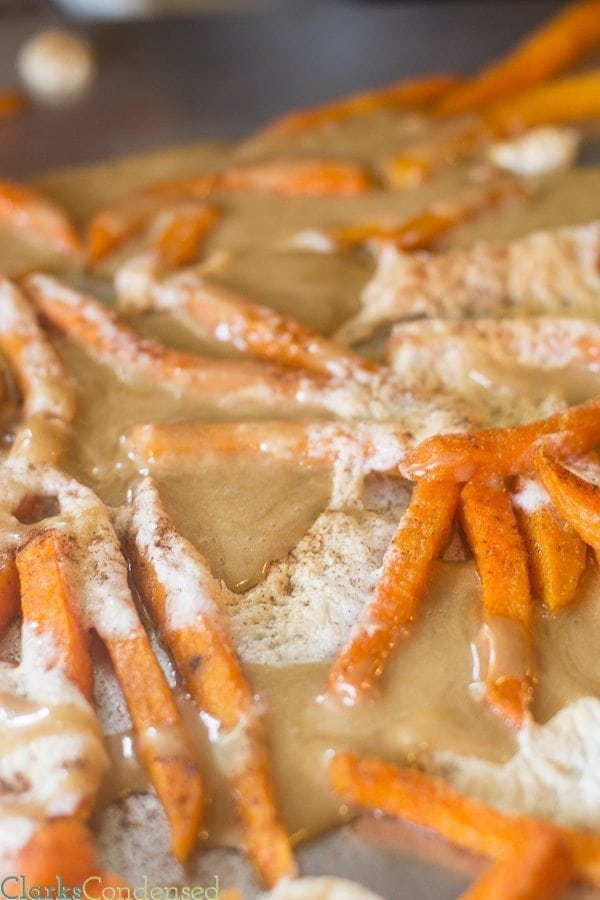 Alexia Sweet Potato Fries and other products can be found in your freezer potato section at Walmart! 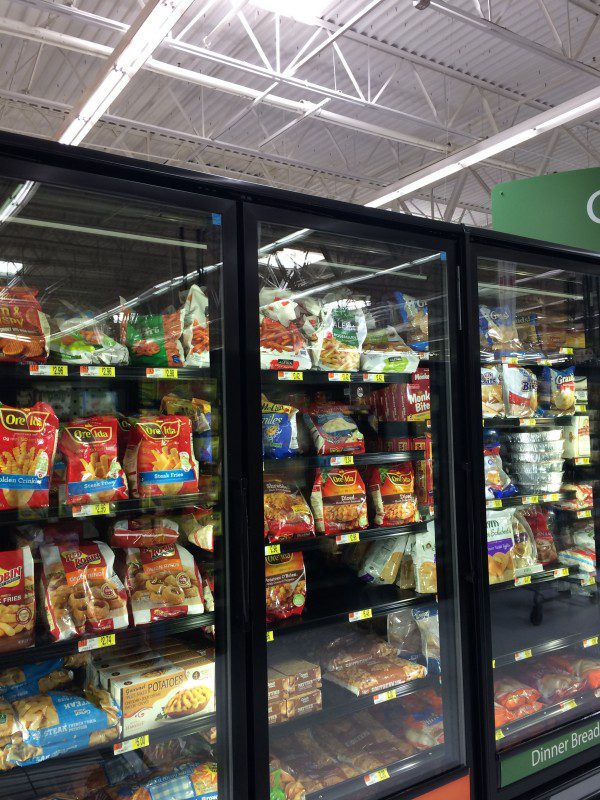