This post brought to you by Cracker Barrel. The content and opinions expressed below are that of Clarks Condensed. 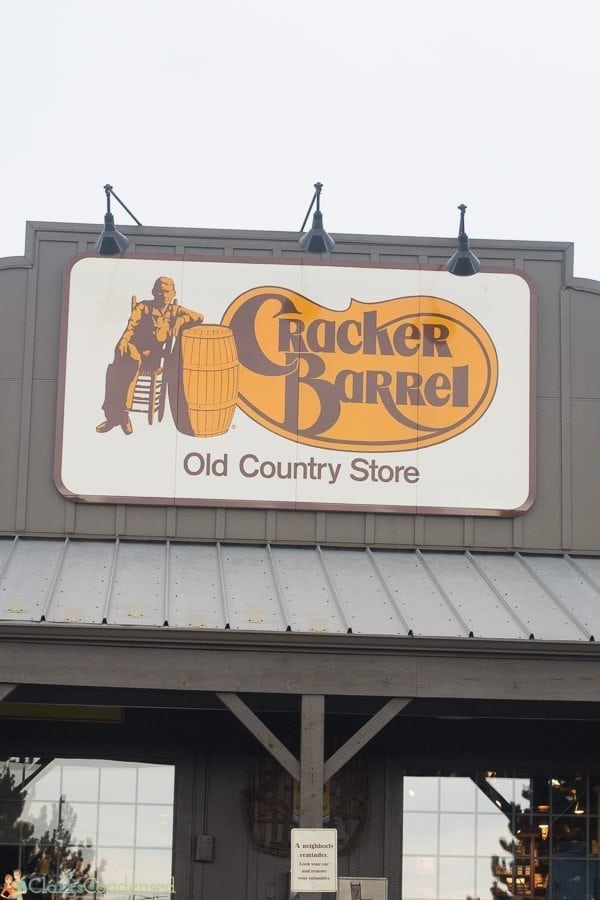 I feel like Cracker Barrel is one of those places that most people have heard of, even if they’ve never gone. That’s how it was for me until I went for the first time in St. George, Utah, a few years ago. I grew up in Colorado, and there are only a few locations there, none of which were close to where I lived.

When I moved to Utah, I noticed they had a few more, and I always wanted to go – just because I felt like it was a place that everyone was supposed to try at least once. So when Forrest’s aunt and uncle offered to take us a few years ago, I was pretty excited. I honestly didn’t even know what kind of food they had, but I knew it would be fun to try. I loved all the rocking chairs outside, the country store inside, and just the overall feel of the restaurant.

I don’t even remember what I got – though the biscuits stand out in my memory – but I remember loving it and wishing we could go again soon. Well, we didn’t end up going again until this last December when we were in Sanford, North Carolina. Cracker Barrel is a lot more common on the East Coast! While they were out of the lunch special when we went…which was kind of sad…Forrest and I still had fun.

This last weekend, I was asked to write a little post about Cracker Barrel. Although it wasn’t required to visit the restaurant, we realized there was a Cracker Barrel about 20 miles away, so we decided to check it out for dinner. We didn’t even get to the front door before Jack found something he wanted to do! 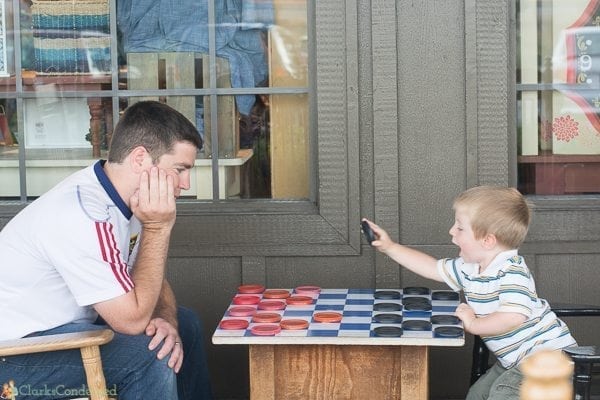 He thought the giant checkers were SO cool. I have to admit, it was fun watching him play against Forrest. After they finished their game, we headed inside. Even though it was a Friday evening, we were seated immediately and greeted by a very friendly server. She immediately started talking with us and suggesting some of her favorite dishes.

Cracker Barrel has a huge menu – which is usually hard for someone as indecisive as me to wade through. I’ll admit that it took me awhile to decide what to get! I was leaning towards the breakfasts, but at the last minute, I decided on a grilled chicken BLT with a side salad. 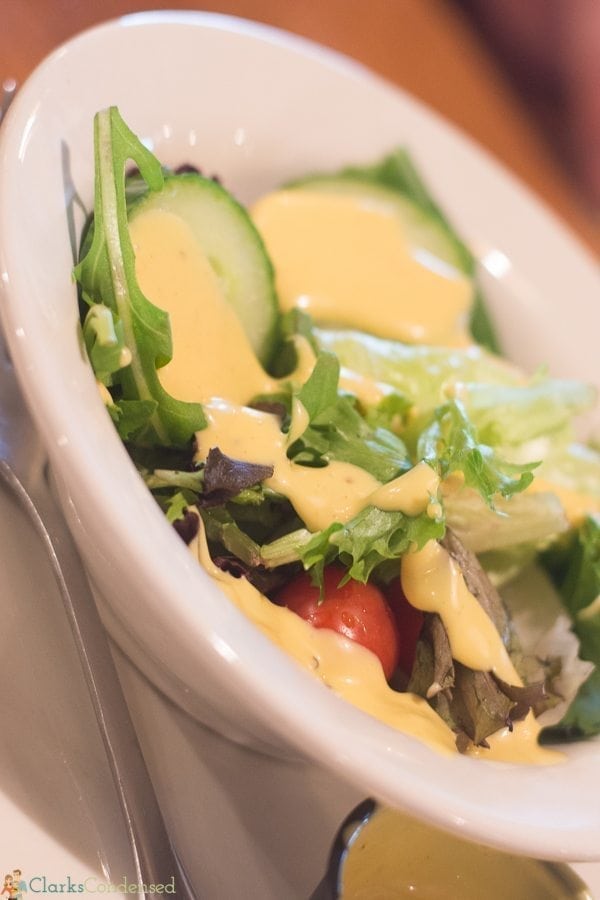 The side salad had fresh ingredients, and I was happy with it. I especially loved the honey mustard dressing. It had a nice balance of sweetness and tartness. 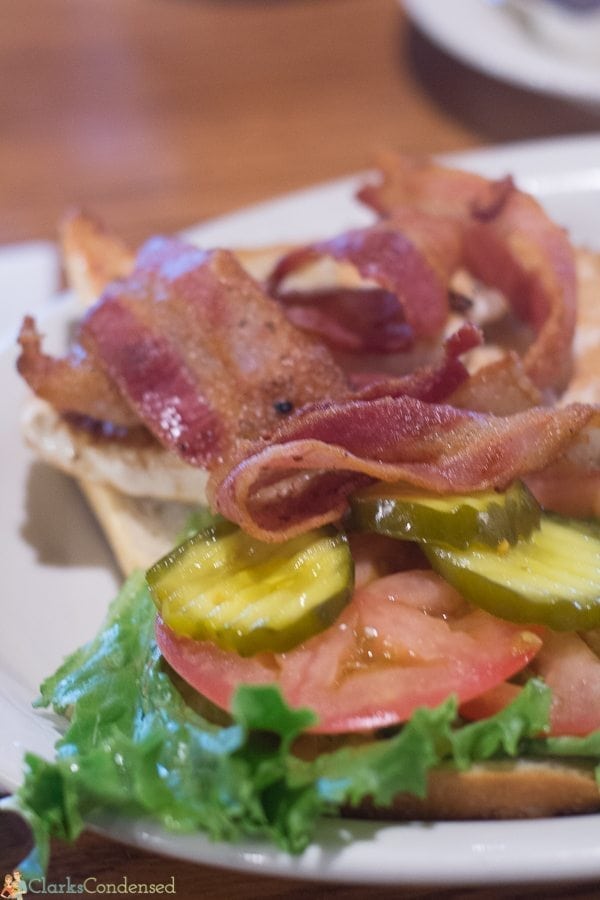 The BLT was really good! I ordered it without the cheese, next time I’ll make sure to order it without the mayo (because I don’t love mayo), but it still was really good. I got it on the wheat sourdough bread, which was a good choice. I felt like it was loaded up with enough ingredients, and it was definitely very filling.

Forrest chose to get the Friday Night Fish Fry special. We usually share a meal, and since I don’t love fish, he thought it was a good opportunity to get it. He felt like everything tasted nice and fresh, and it wasn’t super greasy – which is something you can run into with fried fish sometimes. I’ll admit, I was pretty tempted to try some (though I resisted and just stole some of his fries.) 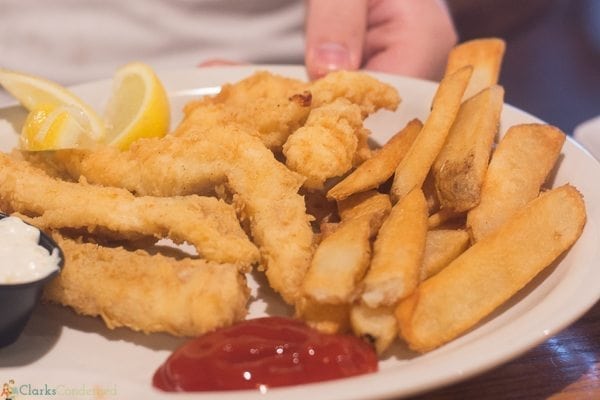 Jack ordered macaroni and cheese and apple slices. He said it was yummy, though he didn’t eat all of it. 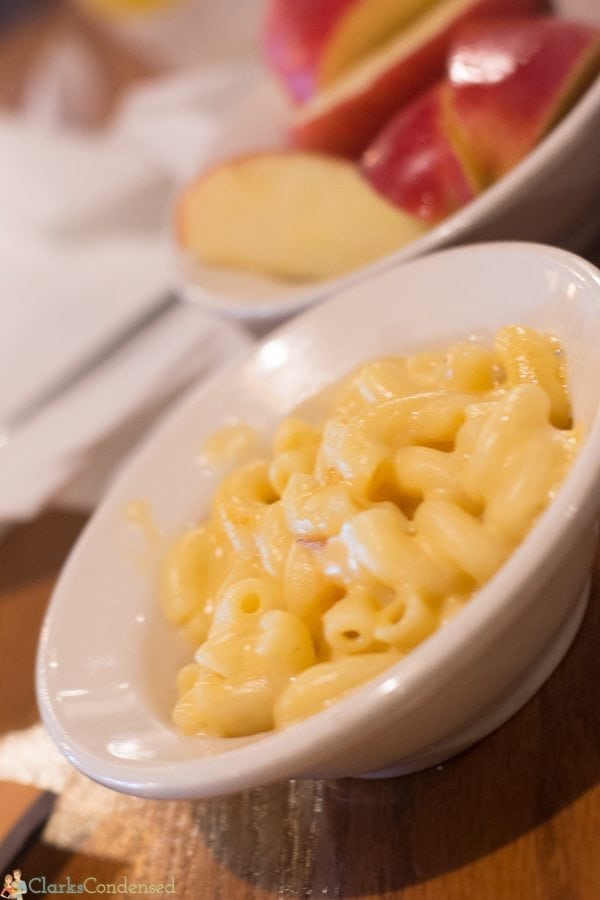 I think he was a little distracted by the game at the table. I love that they have these games set out. Forrest and I played round after round at the restaurant in Sanford! 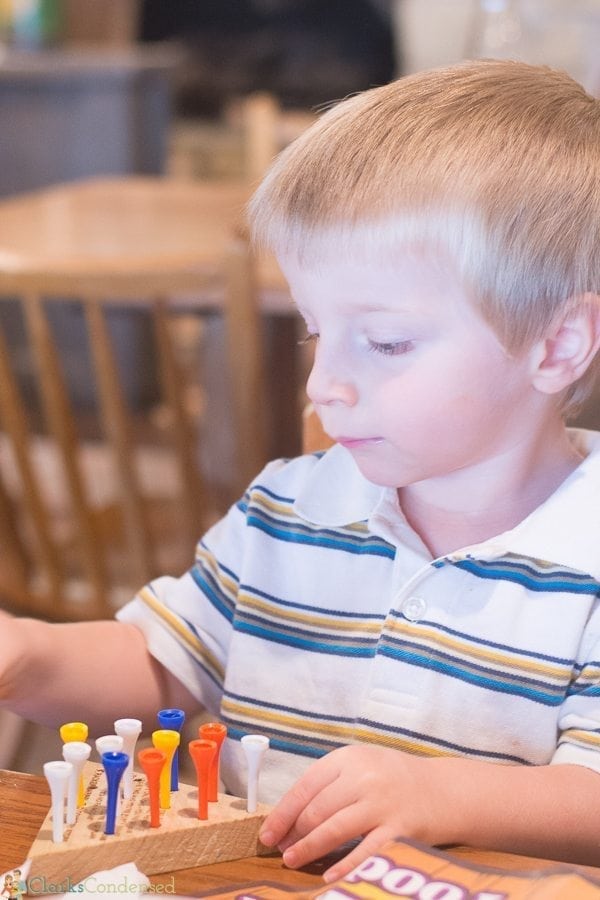 Of course, the biscuits were the highlight of the evening! My meal didn’t come with any, but I sampled some of Forrest’s, and some of Jack’s that the waitress brought out for him because our food was taking a little bit longer. I really want to find a copycat version of these, because they were DELICIOUS. 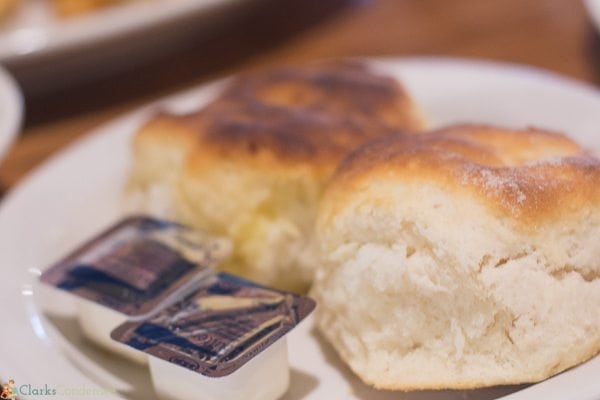 We decided to splurge and get dessert, because the prices were very reasonable. The strawberry shortcake really stood out to me, so that’s what we ordered. Our waitress suggested getting an extra scoop of ice cream to share among the three of us, but we felt like the two scoops was perfect. It had a lot of flavor, and it disappeared quickly. 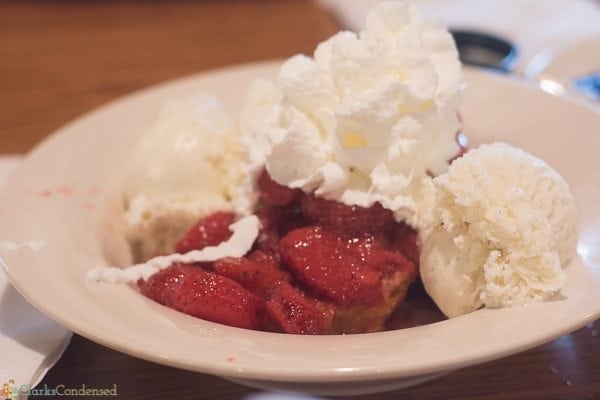 As we were leaving, I saw that someone had a big order of blueberry pancakes, and I was kicking myself for not getting them. They looked so good, and I told Forrest that we had to come back soon so I could order them! It might have been the pregnancy talking…but I’ve been told their pancakes are better than any others, so I think I’d want them even if I wasn’t pregnant!

We had such a fun evening, which, of course, was rounded out by visiting the Cracker Barrel’s Retail Store that is attached to every Cracker Barrel restaurant. There are so many fun knick knacks and local-related products for sale…it’s hard to get out of there without buying anything.

Overall, I stick with my initial feelings about Cracker Barrel – you have to go there at least once! We had an awesome experience at the one in Northglenn – our waitress was one of the best I’ve had in a long time.