I love burritos, and this spicy southwest burrito is one of my favorites I’ve made in a long time. It has shredded potatoes, spicy chorizo, sauteed veggies, chile verde sauce, and it’s topped with a special cheese sauce.

This post brought to you by Simply Potatoes. All opinions are 100% mine. 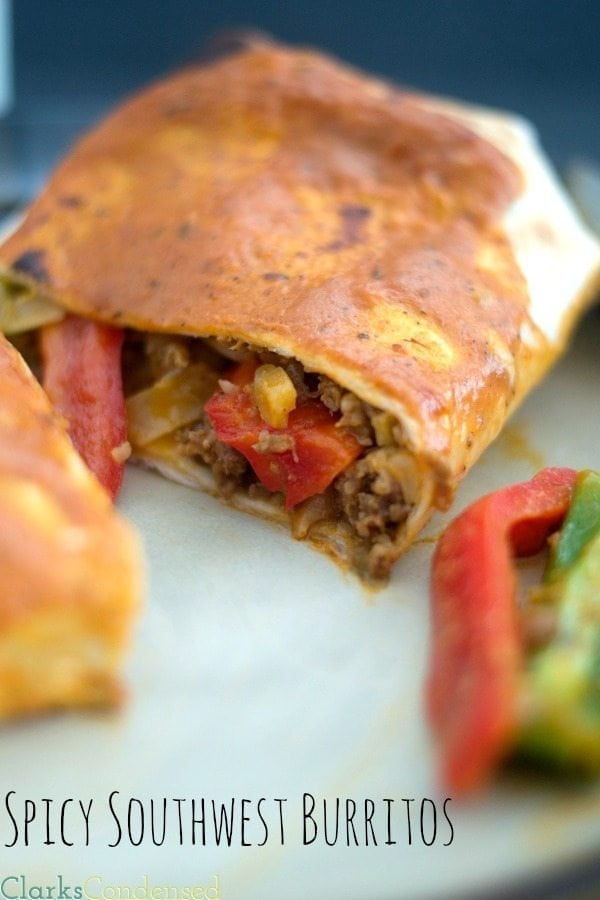 A few weeks ago, Forrest and I went to a lovely bed and breakfast in Midway, Utah. While I’ll write more about that another time, I have to talk about the breakfast burrito I had for breakfast. When I saw that they offered a southwest breakfast burrito, I knew immediately that I was going to order it. It was filled with chorizo, rice, eggs, green chile sauce, a queso ranchero sauce , and peas. I tried to eat it slowly so I could enjoy it  as much as possible…but it was hard, and it disappeared much to quickly.

When we got home, I decided I wanted to try and make a similar burrito, but instead of it being for breakfast (even though I love breakfast burritos), a version we could eat for dinner. It’s kind like a “brinner” type of meal — it features yummy components that can both be used for breakfast and dinner. I love meals that are so versatile, that you could eat the leftovers for any meal.

Just add in some eggs, and these could easily be breakfast burritos. I decided to swap out the eggs for some shredded potatoes, and instead of putting a queso ranchero sauce on the inside, I smothered it on the outside. I also sauteed some green and red peppers, which I felt gave the burritos a nice, healthy crunch. Using the extra vegetables, as well as the southwest style potatoes, I felt like it added a little more nutritional sneakily to this meal, yet kids will still enjoy it. You could even omit the cheese sauce on top to make it even healthier.

These burritos turned out so yummy — I could hardly limit myself to one! They are basically a one dish meal — and using the pan I used (my deep dish sizzler), it technically could have been all in one dish. However, I ended up cooking the burritos in a separate pan, and it really didn’t make that big of a difference! 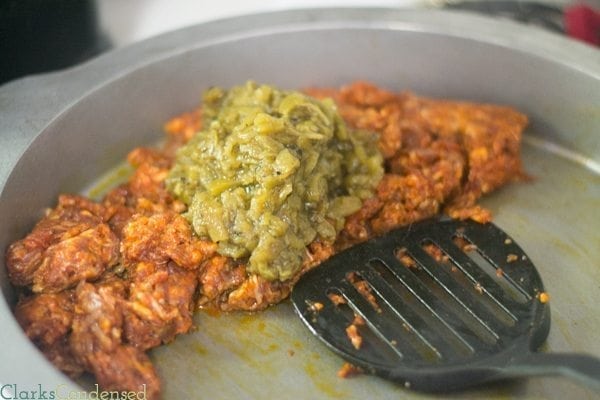 I chose to use Simply Potatoes southwest style shredded hash browns with this dish — I just slightly thawed them and then threw them in with the rest of the food while I was cooking it. I could have shredded my own potatoes, but this made the dish come together a lot faster and easier. 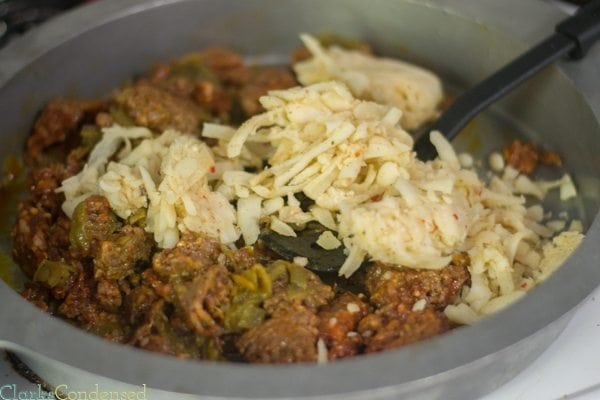 I initially thought I would put the queso ranchero sauce in the burrito, but then I decided it would make more of an impact if I smothered the burritos in it. I thought it was a great finishing touch! 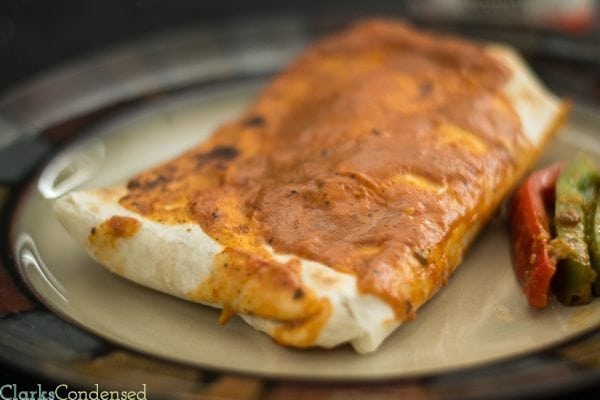