This is a great fall dessert, and it is so easy to make — Quick pumpkin spice cake with brown sugar & cinnamon cream cheese frosting, made with a spice cake mix. 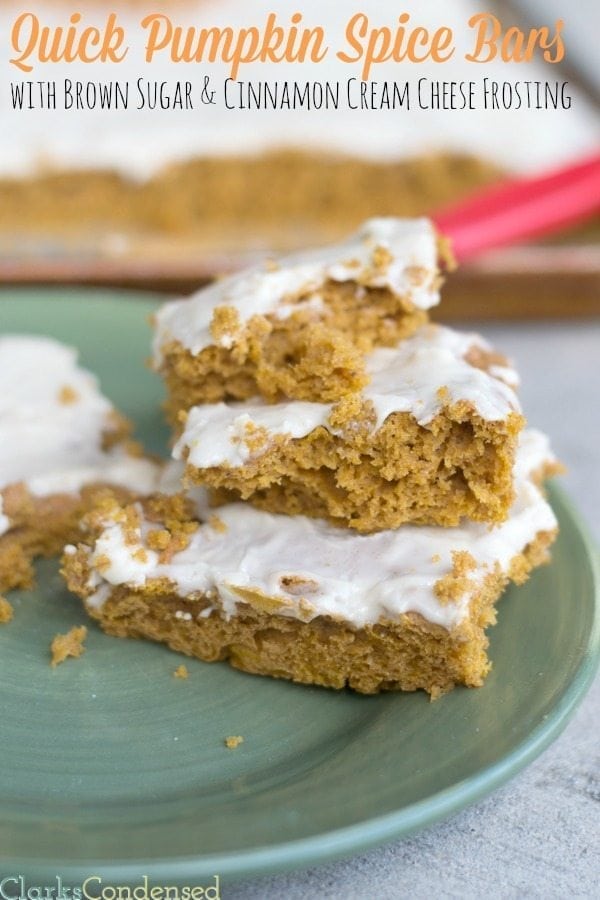 Last month when we were in Colorado, my mom suggested that we make some kind of pumpkin-y dessert. After a few of my suggestions were shot down, we finally settled on some kind of pumpkin bar. I thought it would be fun and easy to make it using a spice cake mix and a can of pumpkin, so I went to work trying to figure out the proportions, and I came up with something pretty delicious. I made it in a jelly roll pan, so be sure to have one of those on hand!

Sadly, they didn’t really turn out to be bars — they were definitely make cake-like. But, I digress. They were still delicious. The final product turned out to be light and airy, and the brown sugar and cinnamon cream cheese frosting was beyond amazing. I was originally going to make it myself, but when I saw a brown sugar & cinnamon cream cheese at the store (this is the kind I bought), I knew I had to try it out! 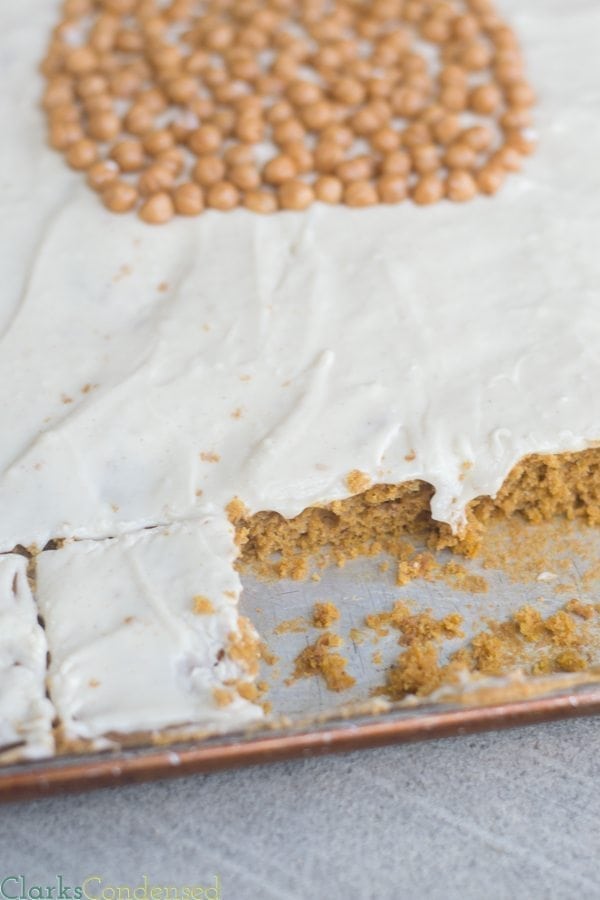 As with most recipe experiments, I was a little nervous as the cake cooked, but it came out perfectly. I was so excited to share it with the family, especially after I finished making the frosting. It’s definitely my go-to cream cheese frosting recipe now!

This is totally optional, but I thought since it was pumpkin, I would make a fun little pumpkin on top using Kraft Caramel Bits (my current obsession.) I thought they were a great touch, though if you do this, don’t put them until you have taken it out of the refrigerator and are about to serve. They hardened up a ton while it was chilling in the refrigerator and you couldn’t even bite through them! 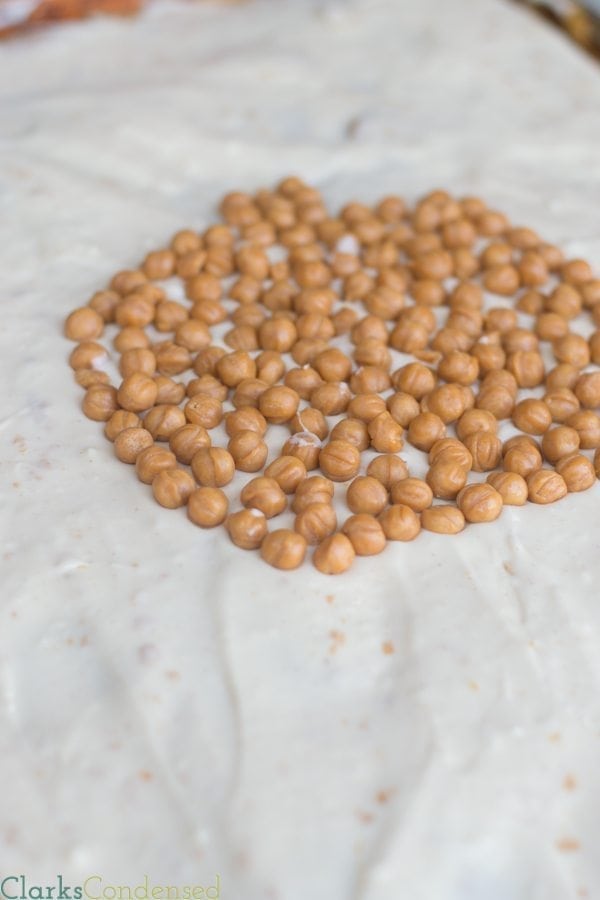