Disclaimer: I was sent product from ShirleyJ to try and sample, but all opinions are most definitely my own.

When I scroll through Pinterest, it’s a rare occasion that I don’t seem some themed idea for a party. Most often, it’s for a bridal or baby shower. I’ve seen pasta parties, crepe parties, ice cream sundae parties…pretty much everything. But I’m about to introduce you to what I think the next big party theme should be — Mugging Parties.

Now, before you go calling the police and saying that I’m advocating stealing and beating people up (because I’m sure that’s the conclusion you all jumped to) hear me out. Have you ever seen recipes for cakes or brownies in a mug? They are always floating around the Internet. In fact, I’ve made one or two of them myself.  And something I love about them is that they are super easy, customizable, and delicious. Which also happens to be three of the requirements I have for a party. 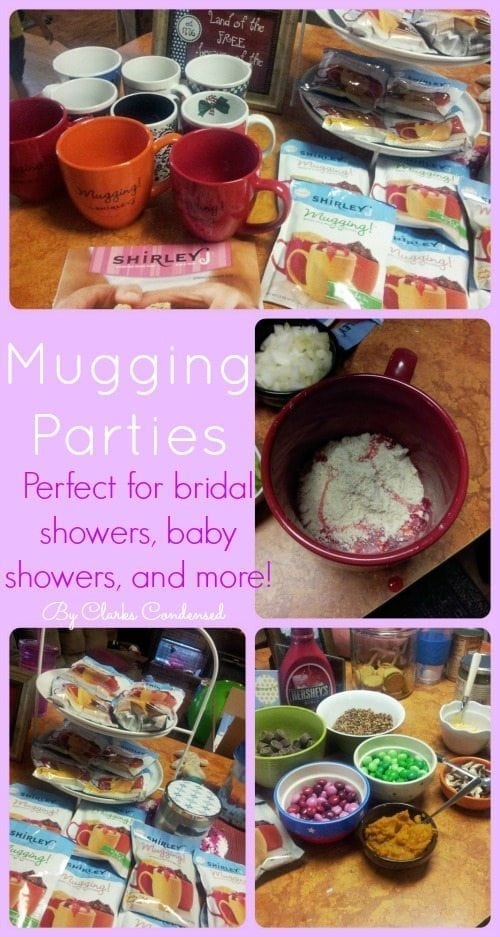 Wouldn’t it be fun, to set out all types of different “recipe in a mug” ingredients, with a variety of different toppings, and each guest to make their own delicious concoction? I’m here to say, it is fun…because that’s just what I did the other day.

I decided to throw a mugging party after ShirleyJ, an awesome cooking and baking company based in Orem, Utah, sent me some products from their Mugging! line. I knew as soon as the box arrived that I had to share them with my family, because they were just so fun. So I came up with the idea of this mugging party, and I have to say, it was a success. 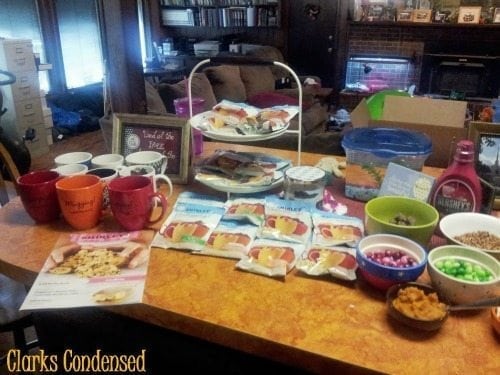 I invited over some family members, and laid out all sorts of mixins.  We started the evening with some delicious soup, made by my mom, and then moved on to the mugs. These mixes from ShirleyJ are specially made to be done in just 90 seconds in the microwave, and to be absolutely delicious. They have all sorts of different flavors, including cornbread, yellow cake and cobbler, chocolate brownie cake, and even quiche-in-a-cup. I had a lot of fun picking out the different toppings, and watching everyone decide what to put in them. 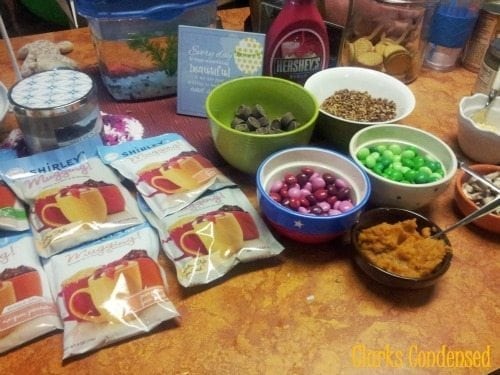 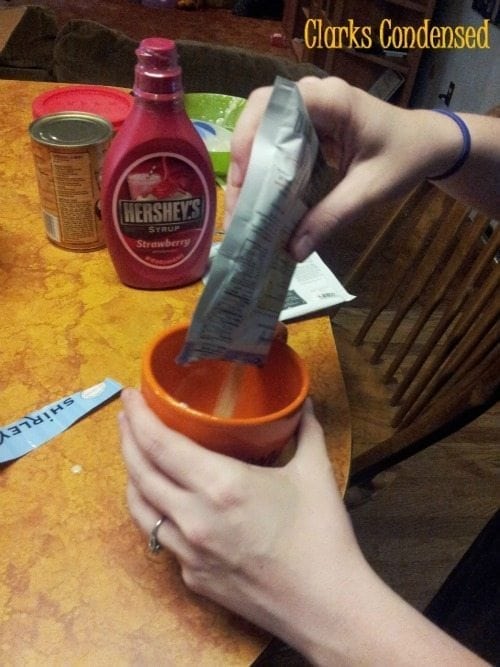 Everyone that was there thought this was a great idea, and we had lots of fun sampling each other’s mugs. My personal favorite was the cornbread flavor, that I mixed with green chili salsa and cheese, and the cobbler (that I added strawberries too.)

When I asked everyone else what they liked, the decision was split. Some loved the cornbread, others loved the pumpkin spice. But the consensus was unanimous — it was an awesome party food. The no pan pancake wasn’t great by itself, but with butter and syrup it was delicious. They were also kind of hard to get out of the mugs, so I would highly recommend spraying them with cooking spray before putting the batter in. And here are some recommended mixins: 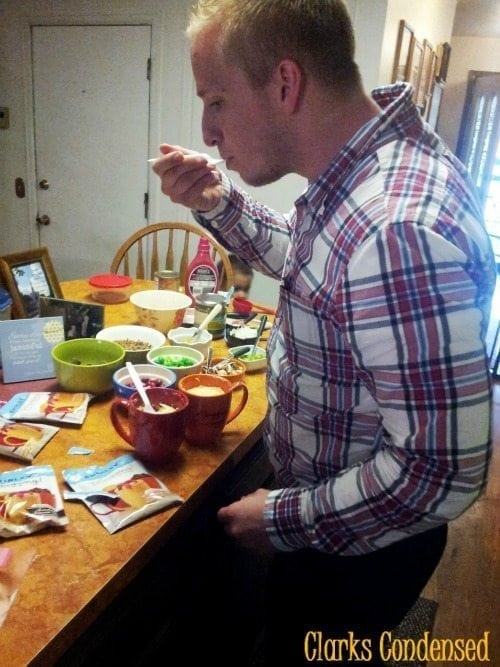 Of course, you don’t have to have these mixes to have a fun mugging party. Pinterest is full of mug recipes, and it’s fairly simple to put together. I really think it is the perfect idea for a party.