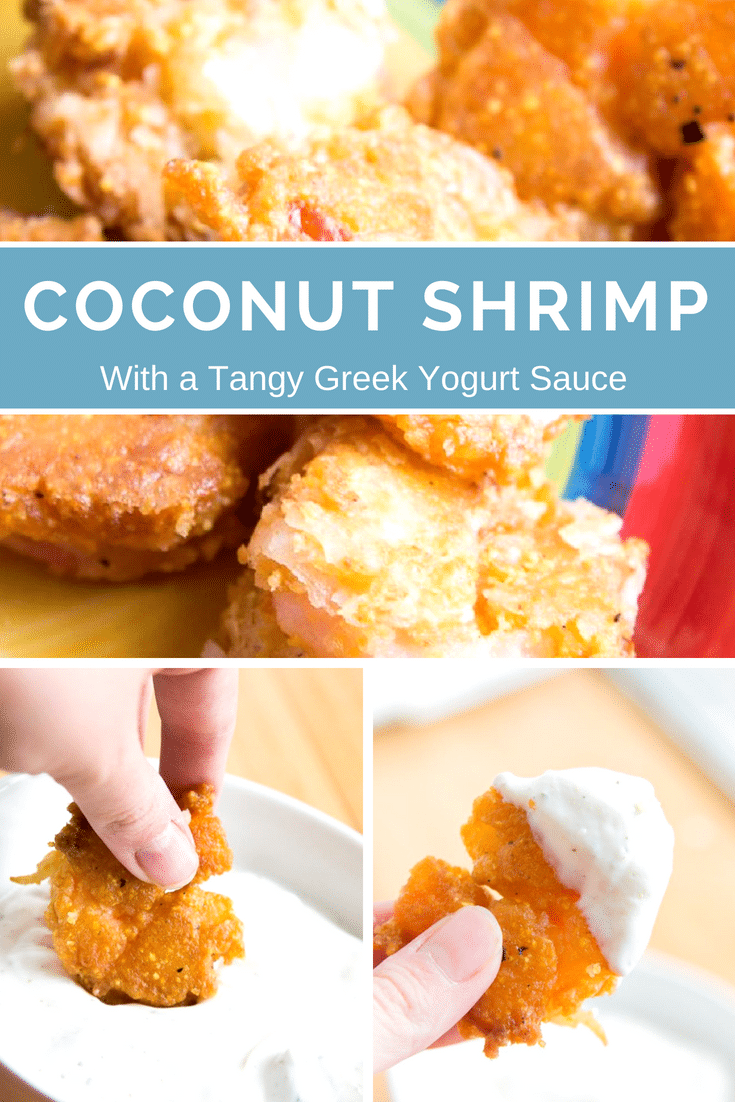 Coconut shrimp is a family favorite in the Clark household. This coconut shrimp recipe is sweet and crispy – and it tastes amazing when paired with our homemade coconut shrimp sauce. It is a little time intensive, but the effort is well worth it! 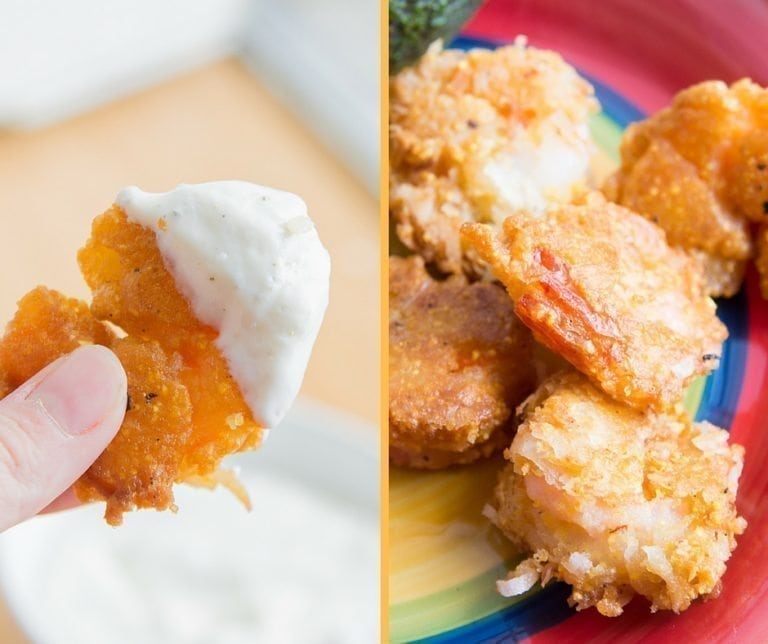 How to Make Coconut Shrimp

I am truly not a picky eater. For the most part, if you put something in front of me, I’ll eat it. However, one kind of food I really don’t like much at all is seafood.

There’s just something about the smell, and taste, of most seafood that quite honestly makes me gag. Not to mention the fact that most seafood is served looking like the creature did while it was alive kind of creeps me out as well.  However, I love shrimp! I feel like it’s something we have every Christmas, at every wedding and just about every special occasion. And I especially love breaded shrimp. 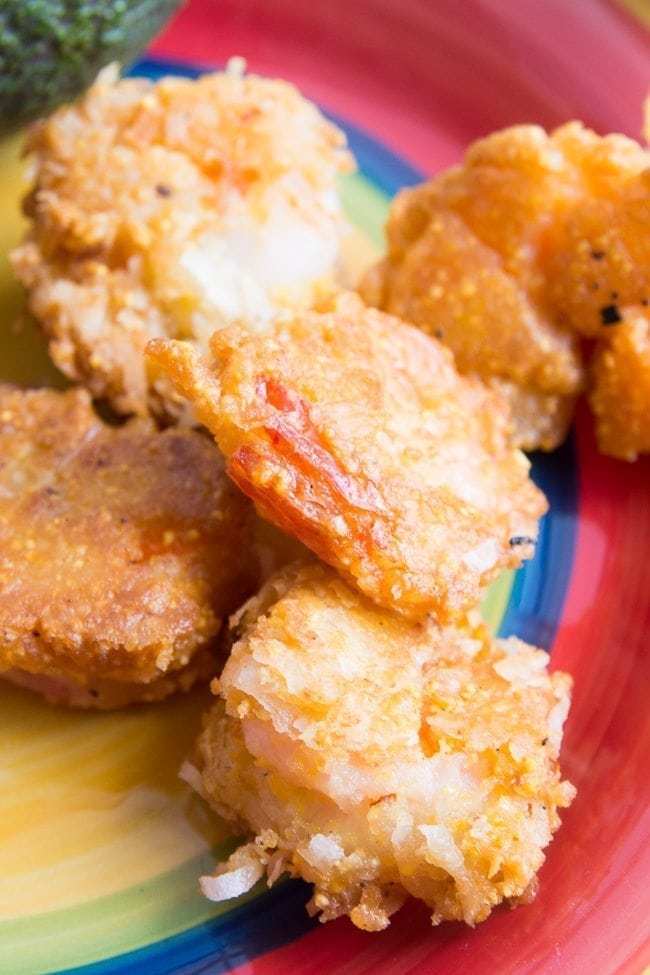 When we were in North Carolina, we had shrimp a couple of times. And for some reason, it was some of the best tasting shrimp I’ve ever had!  We visited Forrest’s brother and his family, and they made us this super tasty coconut breaded shrimp with a tangy, Greek yogurt sauce.  I could hardly stop eating it. It reminded me a lot of Red Lobster coconut shrimp. So, of course, I requested the recipe, and I made it just a few days ago with my own twists. 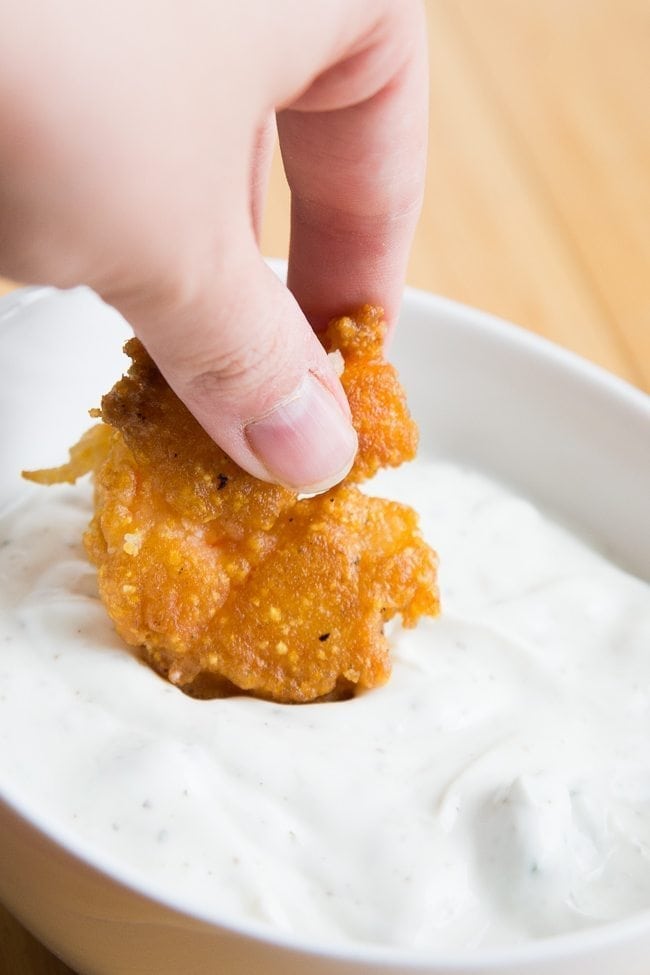 This coconut shrimp is like candy. Pretty much the entire batch I made was gone by the end of the night. It’s sweet and crunchy, and the Greek yogurt sauce just balances the flavors out really nicely. And best of all, this is all lactose-free (I recently discovered that yogurt is usually okay for people with a lactose intolerance…yay!)

The coconut shrimp sauce is so easy to make, and I crave it all the time. It has such a simple, short list of ingredients:

It’s the perfect sauce for coconut shrimp – and really, any seafood! 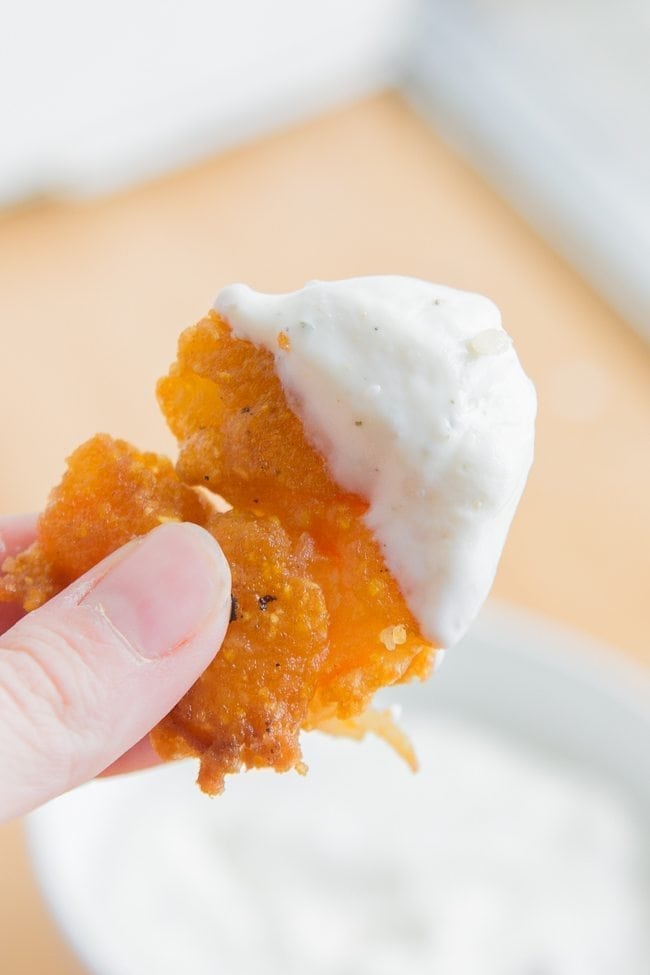 I found that buying the shrimp from the meat counter was much cheaper than buying frozen shrimp at the store. It was deveined (luckily. I was not about to do that) but still had the shells on, so I imagine that’s why it was cheaper. Still, the fresh shrimp I bought tasted much better than any frozen, prepared shrimp I had previously bought.

It does take a little bit of time to prepare, and several different steps, but it’s so worth it. I found that setting up a little assembly line (pictured below) really helped things run smoothly. I also used coconut oil to fry the shrimp, but you can use whatever kind you want. 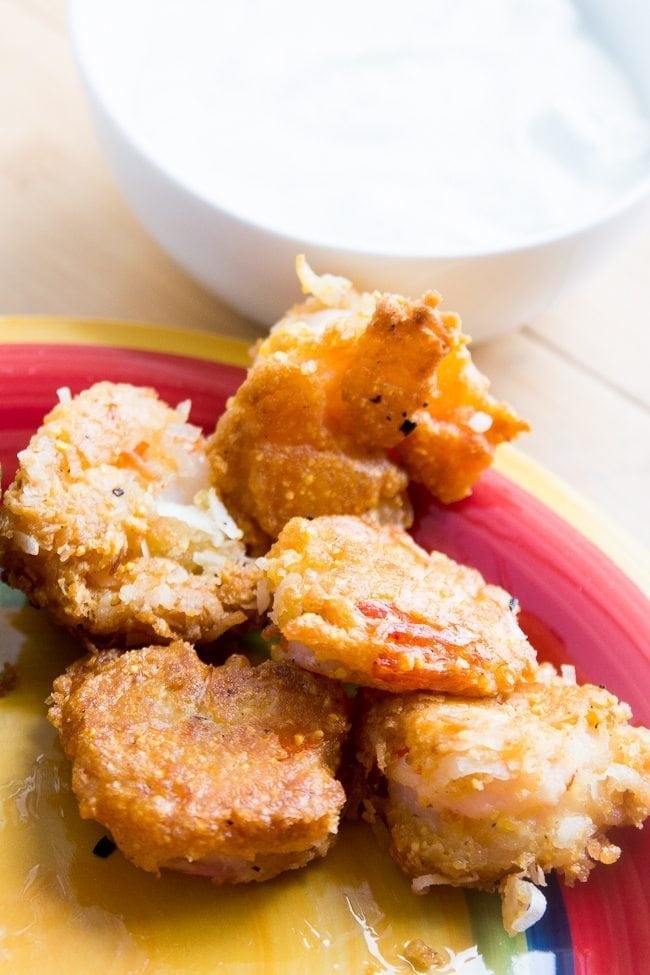 Here are a few other dishes you may enjoy with this coconut shrimp:

DIY Slip ‘n Slide Kickball – The Best Water Game for All Ages!
Next Post: Sleeping During Pregnancy: Common Problems (And How To Help Them)