Pregnant? Congrats! Signup below to get the best tips on making it through those long nine months

Sign Up!
Home » Surviving the Second Trimester of Pregnancy 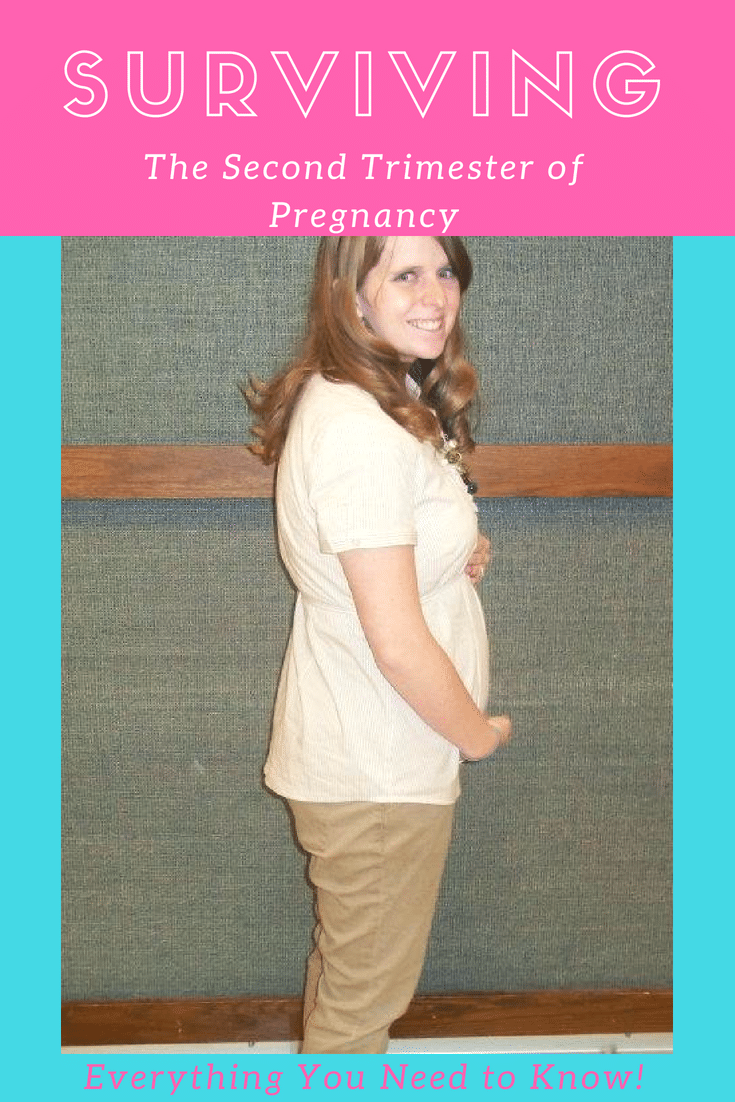 This week, the only logical option is to move on to the second trimester. I’ve heard this called the “honeymoon” part of pregnancy. I don’t know what I did to not deserve that, but I think second trimester was the worst for me. I was still super sick, I wasn’t gaining weight (but I guess that wasn’t too bad,) and I wasn’t sleeping at all. Not to mention the fact that I had just started an incredibly demanding semester (as in, taking the most time consuming class in my major — we’re talking about a 20+ hour a week commitment,) and working 20 hours a week as an office manager. I was so tired!

For your sake, I hope the second trimester does go better than mine, and you have that huge energy spike that many women talk about!

Facts About The Second Trimester

When is the Second Trimester of Pregnancy?

Although the baby would be in the NICU for quite some time, if it were born at 25+ weeks, it does have a chance of survival. Though pray that it keeps cooking for awhile longer! The baby’s eyes and ears move to their correct position, and towards the end of the second trimester, baby might start sleeping and waking regularly. Try and train them early! (just kidding, I don’t think you can!)

The baby’s fingernails start growing, which makes sense — when your baby is born, it might just have long fingernails!

During the second trimester, you probably will see your physician just once a month. These appointments are pretty routine. You visit with the nurse for a little while and she will take your vitals, a urine sample, and measure your weight gain. Your blood pressure will always be closely monitored, as high blood pressure doesn’t usually lead to anything good in pregnancy.

There are quite a few tests and procedures that can be done during the second trimester, though not all are necessary. I opted to not do a few of them, just because I wasn’t high risk. However, if you are over the age of 35, genetic disorders run in your family, or you are high risk for some other reason, some of these tests may be essential. Here is an overview:

Blood Tests During Second Trimester: If your doctor didn’t have these done during the first trimester, they will definitely be done during the second. These tests will screen for a variety of different things, such as blood type, if you are Rh negative (more on that later), an MSAFP screening, hCG levels, and sexually transmitted diseases. If you are scared of needles…well, then pregnancy may be a little harder than you thought. There are a lot of poking and prodding involved, and it’s not good to try and avoid it, for both yours and the baby’s sake.

Ultrasound: Hands down, the best part of the second trimester was the ultrasound. I actually had three or four, because I was participating in the numom2b study. But usually, you’ll have an ultrasound between 18 and 20 weeks. At this ultrasound, the baby will have it’s limbs measured, determine if there is a cleft palate, and just make sure baby is growing well. And, if you are wanting to know the sex of the baby, you’ll get to find that out as well. Assuming baby is cooperative! This also will check the position of placenta previa, which is very important to discover because, depending on the severity, may prevent a vaginal birth.

Glucose Screening: I’m sure you’ve heard of the much-dreaded glucose test. This is usually done between 24 and 28 weeks, so at the end of the second trimester. You go in and have to drink a yucky, very sugary, drink, and then have your blood sugar tested.

While many women pass the first test with flying colors, don’t freak out if you are called back to do the three hour test. I was one of those people, and I felt so bad! I felt like I had failed Jack.

Fortunately, I passed wonderfully the second time…but that test was terrible! I got pretty sick, because the drink was a little much (and I was fasting…not fun for a pregnant woman,) and I had to be poked about 9 times, because my veins are really tiny.

They test your blood over the course of three hours. If you do end up having gestational diabetes, don’t feel bad. Many times, it’s just because of genetics, and there’s nothing you could have done. You’ll have to monitor your diet for the remainder of the pregnancy, may have to deliver early, and baby may be a bit bigger.

Amniocentesis: This test is usually only done on woman who are 35 years or older, though it can be done on younger women if genetic diseases are common in the family, or if the MSAFP test (see below) was abnormal. A needle is inserted into the mother’s abdomen, and it takes a sample of cells from the amniotic sac. It is extremely accurate in detecting genetic diseases and neural tube defects, though it does slightly increase the risk of miscarriage. So I wouldn’t get this test unless you have an actual reason.

Maternal serum alpha-fetoprotein (MSAFP) and multiple marker screening: This was one of the only extra tests that I considered. My nurse asked if I wanted it, and I thought about it for a little while. I made my decision though, when she asked me how worried I get.

I told her that I worry about everything, and she suggested I get it. Apparently, the false negative rate is high (when my mom got it, she had some markers for my brother having Down Syndrome, which he didn’t), and since I didn’t have any reason to believe something was wrong, I shouldn’t get it. So I didn’t! It is a blood test, and is either a triple or quad marker test.

The blood is tested for elevated levels of alpha-fetopotein. If the levels are elevated, there is an increased chance of Down Syndrome or neural tube defects, and it has a 75 percent accuracy rate. If you get the triple marker test, it checks hCG and estriol levels, and for the quad marker test, the detection rates of Down Syndrome are increased.

Here is some more information on testing during pregnancy – including genetic testing – to help you decide if you want to get this and other tests done.

Cordocentesis: This test takes a sample of blood from the umbilical cord, and tests for things like anemia, maternal Rh antibodies, and blood oxygen levels. I’ve honestly never heard of anyone getting this, so I don’t know how common it is.

During the second trimester, you’ll start to feel your baby move! I started feeling Jack around 20 weeks, though I’ve known others to feel their baby earlier and later than that. To me, this was very exciting. It was so fun to feel him move around, and really know there was a little baby inside.

I also felt Jack get the hiccups A LOT during the second trimester. They got really bad during the third — they would wake me up! But up until about 32 weeks, you’ll probably feel the baby a lot. You can start monitoring the movement once you feel it regularly, just to make sure everything is in check.

Many women report feeling like their morning sickness subside during the second trimester. I’m so jealous if you are one of those women! If you still have it though, know that you are in good company.

You’ll start to get a little more of a baby belly during this time, though, depending on your body size, number of pregnancies you’ve experienced, etc. you may or may not look super big for the majority of the second trimester. However, maternity clothes start to be very nice during this time. I loved wearing maternity clothes, and I started wearing them around 25 weeks. Though, I kind of wish I had started earlier, because they were so comfy!

You may start to feel winded around this time. And it’s only the start! Take things easy, and if you start to feel extra tired, it’s okay to take a break. I wish I had done that more! I remember at work one time, around 25 weeks, I carried a very heavy box somewhere. Not only did I almost pass out, but I hurt my back. That was the last time I did that.

Many women see some relief from morning sickness during the second trimester. If you are one of those women – congratulations! However, there are plenty of women who remain sick throughout the remainder of their pregnancy, or they have bouts of it here and there out of nowhere.

Taking Care of yourself

As always, take time to care for yourself. Keep taking those prenatal vitamins, drinking LOTS of water, and eating well. It really will make you feel better.

If you can, keep up the exercising. It may start to get more difficult with your growing belly, and getting more out of breath, but just try and adjust your workouts accordingly. I said it before, but walking is a wonderful source of exercise. Toward the end of the second trimester, I started doing water aerobics. Yes, I was mainly surrounded by people about 50+ years my senior, it was really nice. I felt totally weightless, and I didn’t get out of breath at all. Here are some different tips for exercise during pregnancy.

If you can afford it, try and get a pregnancy massage. You will need to find someone that knows how to do these, because there are a few things they can’t do while you are pregnant. They can be amazing. I see them all the time on Groupon, so if that sounds like something you’d like, be sure to get one! 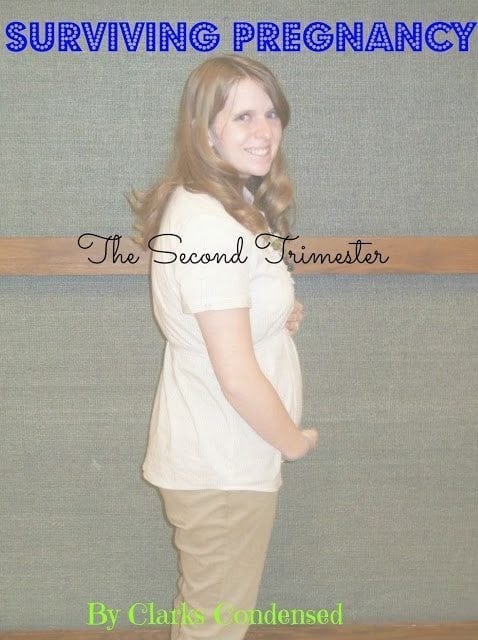 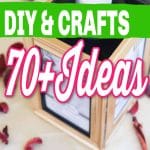 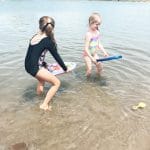