Hiya Everyone!
My name is Autumn and I’m super excited to be guest posting for Katie on Clarks Condensed today!! I run the blog My Kind Of Introduction where I write about a variety of topics including Children, Crafts/DIY Projects, Product Reviews, a touch of green living and so much more!
The question I have for you today is:
How do you handle a Shy Child? 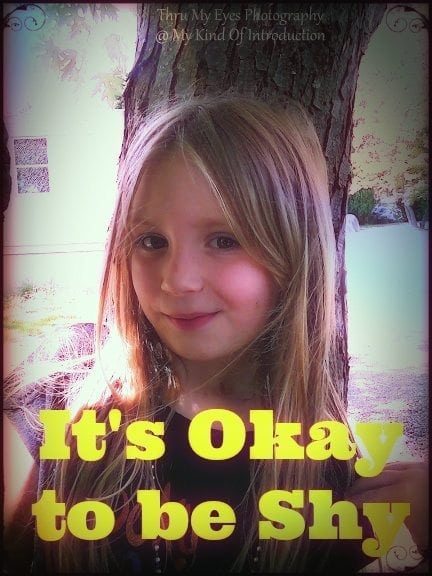 That may seem like an odd question to ask but have you really thought about it? When a child is considered shy, it normally means that the child is quiet, keeps to themselves and don’t like to meet/talk to new people.
Our natural reaction to this behavior is to coax our kids into atleast saying “Hello”. But is that truly the right way to go?

Many people think of “Being Shy” as a fault or negative behavior trait that needs to be corrected but when in reality… Shyness is simply a personality trait that defines your child. According to a study by Cornell University Cooperative Extension – One out of five kids are shy, my youngest daughter included. She’s always been shy while her older sister seems to have never met a stranger. (It’s not like it sounds, Loran is a people person while Jade is not) I’ve never been the type of parent that makes my kids talk to people that they didn’t know since I was a shy child myself. I understand what it’s like to not feel comfortable around alot of people.

I’ve come to realize that when a child is labeled as shy, alot of parents make it their mission to help those kids “Open up” and become more of a people person. While there is nothing wrong with being sociable, being shy has it’s perks as well. Shy children are more likely to stay on the sidelines and observe whats going on around them. They develop the ability to notice the small things in life that others who have a more bubbly personality, may overlook.

It is possible that if your daughter clams up while around a bunch of new people that she could be suffering from something more serious but for the most part… it’s very unlikely. In most cases, she’s simply just a shy child who doesn’t like to be in the spotlight.

If your concerned about your child being shy, ask yourself this “Does my child make eye contact with others, are they decently well behaved and polite?” If the answer is Yes, then you have nothing to worry about.
Shy children tend to grow up having strong communication skills later in life and can easily read someone’s body language without trying very hard. You may also realize that while your “Shy Child” may take some time to warm up to new people, they are actually studying the individual to see if the relationship is worth their time and effort to pursue it. In the long run, the friends that “Shy children” warm up to, end up becoming life-long friends while a more outgoing and social child may turn to people who aren’t always genuine.

My youngest child is very quiet and has always enjoyed her alone time. She’s always been that way and it’s not because she feels bad about herself or “don’t fit in”, she just has a quiet personality. Jade enjoys playing alone in her room at times, while her sister will be outside playing with the neighboring kids. She also has the tendency of allowing her sister to do things first while she stands back and watches, so she can decide if it’s something she’s comfortable with doing. As a mother, I see nothing wrong with my daughter not being a bubbly outgoing child because I know she won’t run off with random people. She’s not the one to conciser you a friend unless she’s had the time to “figure you out” first and decide if your body language is positive or not.
Being shy does not label my child as an unhappy little girl, she’s an extremely happy child and smarter than other kids her age. It sums up to her ability to pay attention, observe her surroundings and look for what really matters to her. If your lucky enough to gain Jade’s trust, there’s a good chance that you’ll fall in-love and come to enjoy her mellow way doing things.

Being a quiet person myself, I want to help other parents understand their shy children better.   I would like to give you a bit of advice on what NOT to say to a shy child:

“It’s okay, Just say Hey!”
Pressuring your child to do something that they’re not comfortable with, will only make them more resistant to socializing.
Your child will say Hello when he feels that the time is right.

“See, Maria went to play them!”
Comparing one child to another is never the right choice when it comes to any situation. Comparison has the tendency to lead a child to feeling bad about themselves when they don’t feel comfortable enough to do the things their siblings are doing. In most cases, this can cause low self-esteem, self-doubt and resentment toward you as well as their siblings.

“It’s okay, Don’t be shy!”
Everyone says it but don’t always realize that their actually being dismissive of the child’s feelings. Telling a quiet child not to be shy works just as well as telling a model to stop being pretty…. It’s not effective. 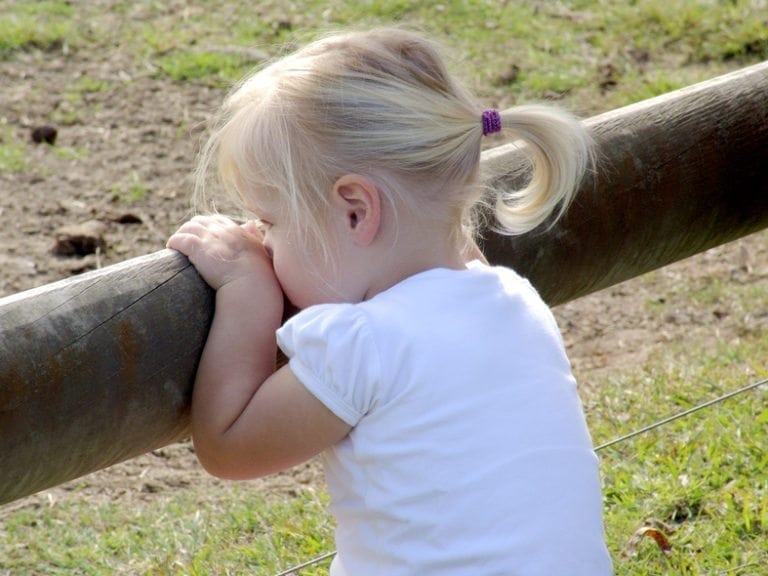 What should you do?
Ignore it! Accept your child the way they are and understand that Shyness is simply a Personality Trait that helps mold the child into the little person that you love so much.
Don’t draw attention to the fact that your son is quieter than others and stop apologizing to people when your son decides that he don’t want to talk to your new friends. Hearing you apologize, makes them think that what their doing is wrong and they could lock up even more. Bringing less attention to their shyness gives you the chance to watch them flourish.

Did you know that Abraham Lincoln was a shy guy himself?


I hope you enjoyed our time together during this post.
If you would to read more from My Kind Of Introduction:
You can find us on Facebook, Twitter, Pinterest, Google+ as well as Instagram.
Don’t forget to stop by my blog and say Hello! I love meeting new people!
I hope to see you all soon!

Simple Ways to Cut Your Monthly Spending
Next Post: Best Restaurants in Provo