Sign Up!
Home » How We Helped Our Son Stop Waking Up at the Crack of Dawn 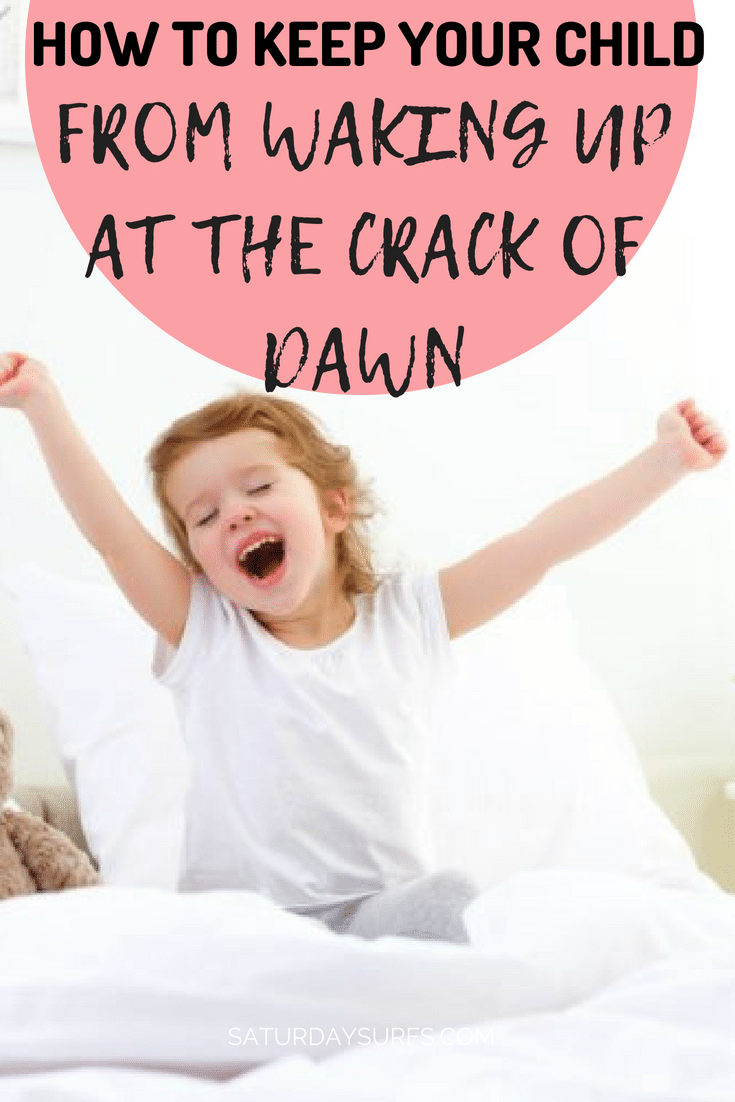 While most of those seemed to resolve themselves by the time he was two, over the past year, he’s just woken up earlier and earlier.

At first, it was because we had no curtains in his room, and the sun shone brightly through his blinds. So, we bought some blackout curtains and hoped that would cure the problem.

Well, it seemed to help a little bit, but he still kept getting up earlier.

The time he was waking up was bearable, but not ideal, so we just dealt with it. Well, until a few months ago he started waking up even EARLIER.

He had given up has daily nap about six months ago (that was a sad day), but with our crazy life, he goes to bed a little later than some kids. However, despite how late he went to sleep, he still woke up earlier and earlier.

I found that he was grumpy throughout the day, more emotional, and I got more frustrated with him. I knew he wasn’t getting enough sleep, and while he would fall asleep the second we got on the car, I didn’t know what else to do.

I wanted my happy little boy back.

And I knew if we could get him to sleep in a little bit longer, it would make a difference.

We tried to talk to him about waking up later, but it’s a hard concept for a child to understand, especially when they can’t tell time.

We moved into a new house, and our blackout curtains don’t seem to work as well here so that only made matters worse. When he woke up, he seemed like a little zombie, but he insisted he was ready to get up.

When he woke up at 5:30 AM for the day, I knew we had to do something different.

So, I went to Amazon. I had heard about clocks that help children know when they can wake up. I thought about buying one in the past, but at almost $30, I didn’t think I could justify it.

However, I was feeling a bit desperate. We had recently gotten some Amazon gift cards, so I decided to take the plunge and do it.

Jack was so excited when it arrived.

I had chosen a clock that not only changed colors when he could wake up (from red to green), but it also had a clock on it so he could learn to tell time. There were a lot of different options (some just glow, which are great for toddlers), but I thought this was the best option.

The first night we used it, we told Jack that we were going to set an alarm for a certain time and that we didn’t want him to get up until it went off. We told him the clock would turn green!

He still woke up early, and I was contemplating sending it back.

However, I decided to try one more time. We really talked to him about how if he woke up, even if the sun was up, if he saw it was still red, he should just close his eyes and go back to sleep.

That next morning, he stayed in bed until it turned green. I’m not sure if he slept until then, but he didn’t get out of bed. And the moment it turned green and the alarm went off, he came running over to my bed and said, “Mommy! I did it!”

He was so proud of himself, and so was I.

Then over the next few days, I noticed he was sleeping until the alarm went off. So, we started pushing the alarm back a little bit further.

Today, he slept in until 8:00. We had even forgotten to set his alarm.

I think what it did was train him to realize that even though his eyes might open at 5:45 in the morning, he doesn’t need to get right up.

He learned that he could close his eyes again and sleep a little bit longer.

Since he’s started sleeping longer, I’ve noticed him being less edgy throughout the day. He doesn’t act like he needs a nap an hour after he wakes up.

And let me tell you, I’m happier, too.

This may not work for everyone. But it sure worked for our little morning bird!

We recently got the Hatch Baby Rest – it’s a white noise machine, but it also has an awesome nightlight AND an ok-to-wake feature. I love it WAY more than the ok-to-wake clock I mentioned above. You can check out more about it here. 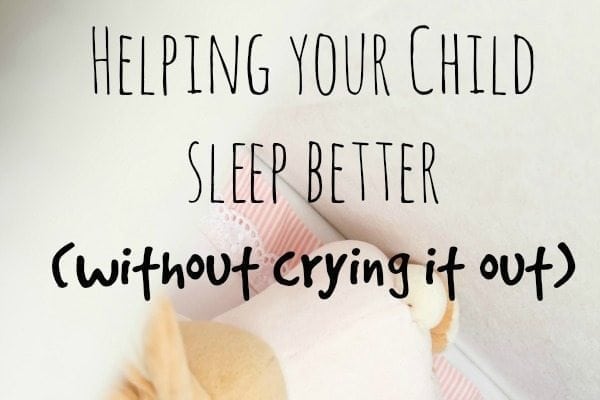 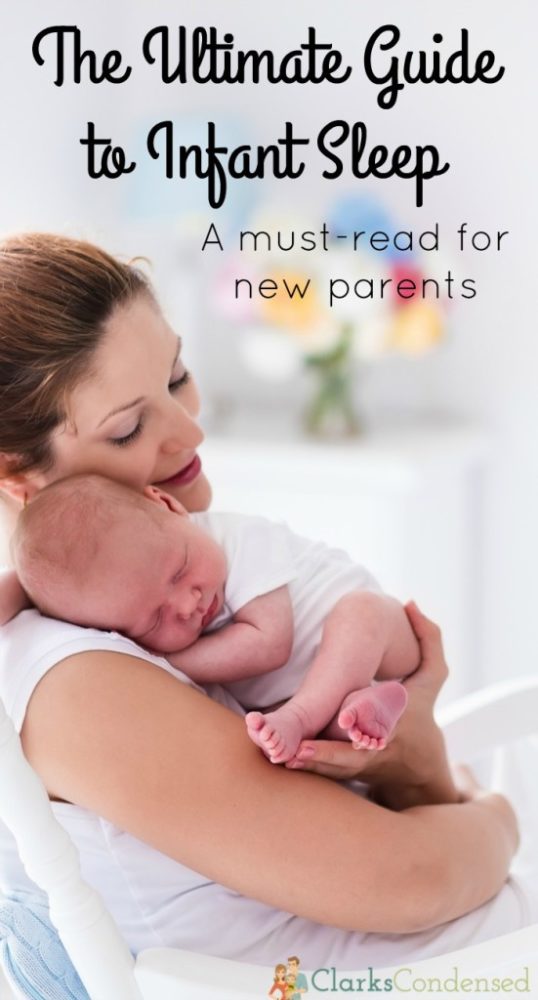 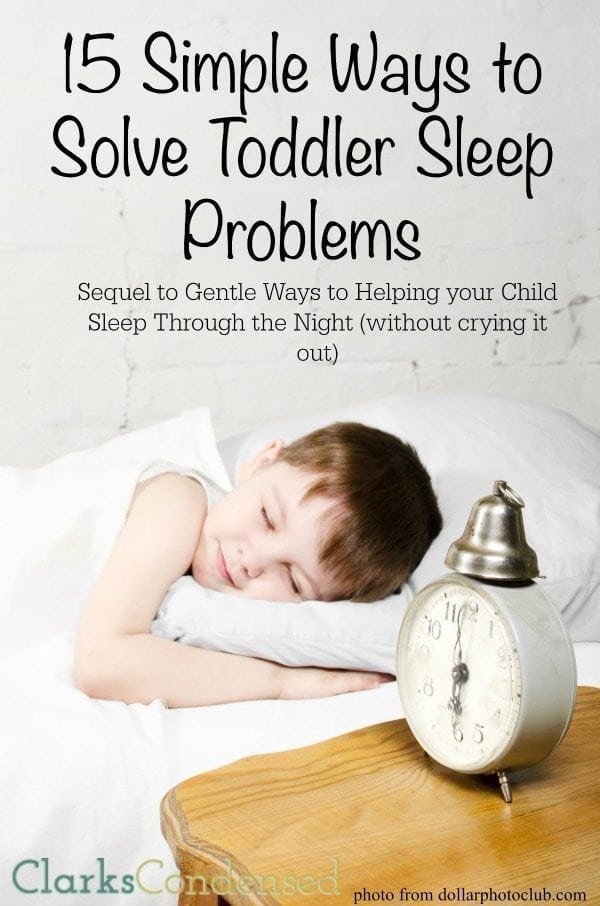