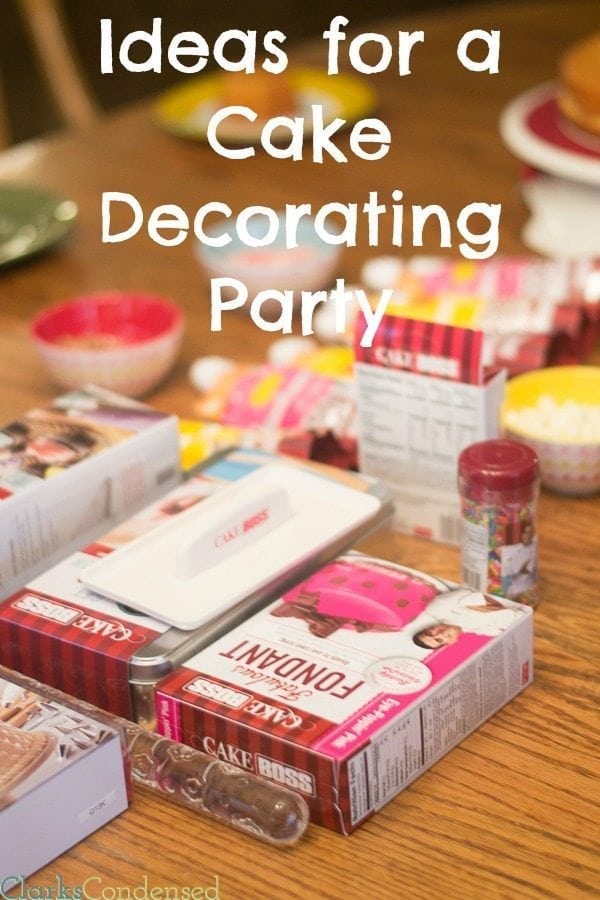 I participated in an Influencer Activation on behalf of Influence Central for Cake Boss. I received product samples and a promotional item to thank me for participating.

We just moved to a new state, so I thought it would be fun to throw a little party. Because I love baking and creating, I thought a cake decorating party would be the perfect idea!

My mom let me host it at her house, and we invited over a small group of women that we know. I’m not a big fan of large groups (too stressful!) so it was the perfect size. Two of the guests brought little kids (two being my nephews), which really livened up the party! 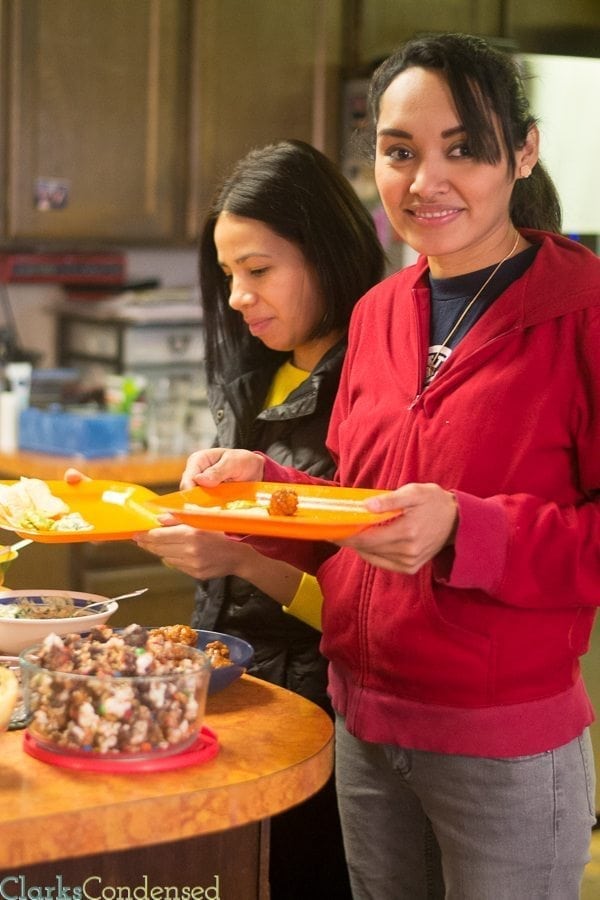 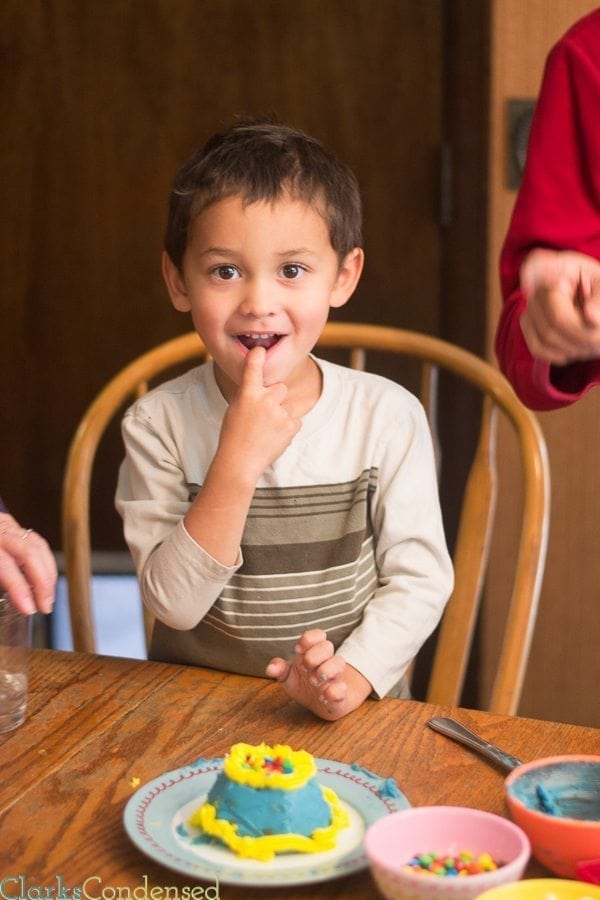 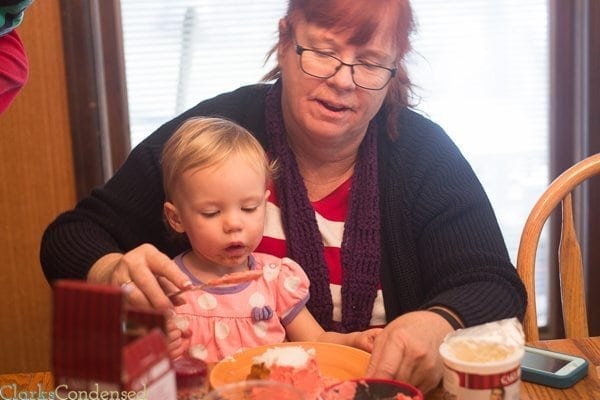 When I was in college, I took a cake decorating class that was offered at the BYU floral shop. Let’s just say I discovered at that point that my destiny was not to be a cake decorator. After I threw this party, I realized that once again, though using these Cake Boss materials (which are available at Michaels) made it a lot easier! I’m a big fan of Cake Boss on TLC, so it was fun to use some of the products designed with that show in mind.  I even tried out fondant for the first time, which is something I thought I’d never do (please don’t laugh at my silly design!) I realized that I had some very talented friends though – look at all the creations! 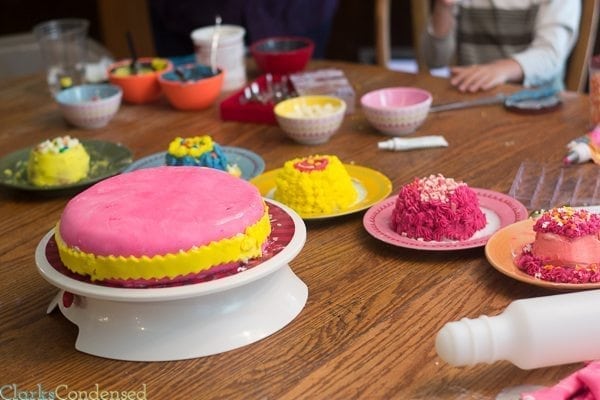 Anyways, even though our party was fairly casual, I thought I’d share a few tips for a successful and fun cake decorating party. I think this would be so fun to throw for a kid party someday (in fact, I think my sister did for one of her kids!), but it was a blast doing with a bunch of friends!

1) Bake Cakes Ahead of Time

While some people may enjoy making cakes together, to simplify things, just bake the cakes ahead of time! There’s no guarantee your cakes are going to turn out perfectly (though, cross your fingers that they do), so it’s better to just have the supplies ready to go!

I made a couple of different cakes – I used these Cake Boss flower cake pans to make mini cakes, and then I made layered cake using the Cake Boss traditional cake pans. These worked perfectly, and the cakes came out perfectly the first time. Not even one crumb remained behind. 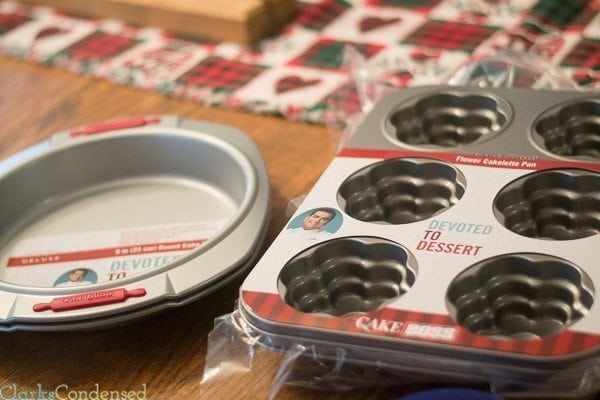 I usually prefer to make cakes from scratch, but for this party, I used the Cake Boss cake mix. It was honestly the best cake mix I’ve ever used – it came with a package of cream that made the cake super spongy and delicious. I highly recommend using a quality cake mix or reliable, no fail recipe for the cakes you make. While it’s super fun to experiment, when you are hosting others, I think going with the tried and true methods is the way to go!

2) Have a variety of toppings and decorating tools

The best part of the party was seeing everyone’s creativity shine! I set out bowls with a variety of different topics – nuts, cinnamon chips, white chocolate chips, peppermint chips, and sprinkles. I also gave everyone a container of frosting. Instead of buying a bunch of different frostings, I stuck with classic vanilla. However, I got out different flavorings and colors so everyone could put their own twist on their cakes. 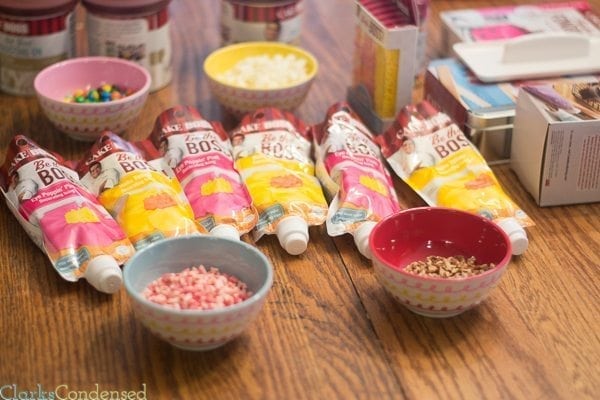 When I first started planning the party, I thought I would make a two layer cake for everyone. Well, after I made the first cake, I quickly re-examined my plan, and I decided to making mini cakes would be easier. Not only would they be easier for people to transport home, but I could make a whole bunch at once using the Cake Boss flower cake pans. Everyone loved them! 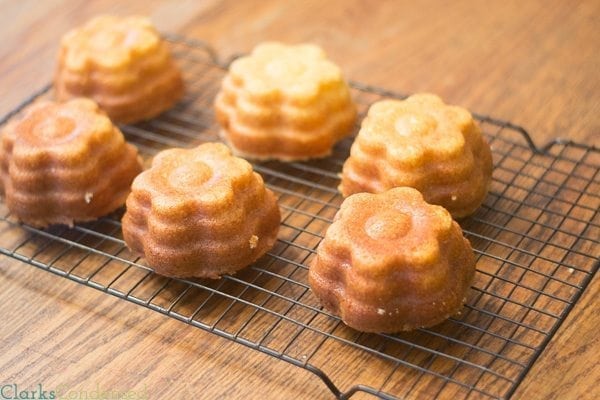 I did make one layered cake, though. I was thinking that if this had been for a birthday party, everyone could decorate the cake for the birthday boy or girl, and then it could be the cake they blew the candles out on at the end of the party. I also thought that, if it wasn’t for a birthday party or special occasion, everyone could think of someone who might need a little sunshine in their life that day, and deliver the cake afterwards.

It just makes it a little more fun and organized if you have the decorating stations already set up. Just set out plates with the cakes already on them, tools for decorating (such as spatulas, knives, etc.) and napkins. 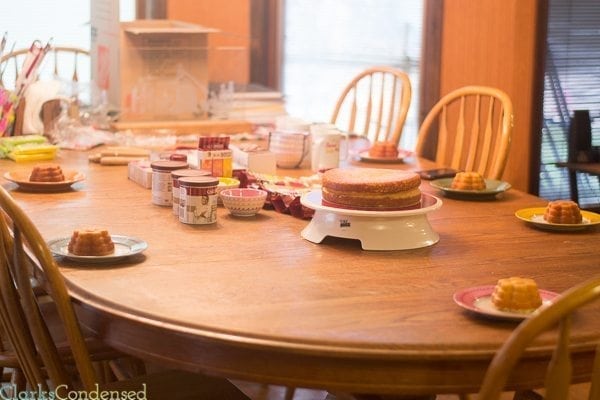 We actually didn’t have awards, but toward the end of the party, my little nephew proclaimed that he knew he was going to win. I thought that it would have been fun to make some cute little awards for everyone to “compete” for. I think that would be a great idea for a kid party. There could be most unique design, most traditional, silliest design, most likely to win cake wars, etc. 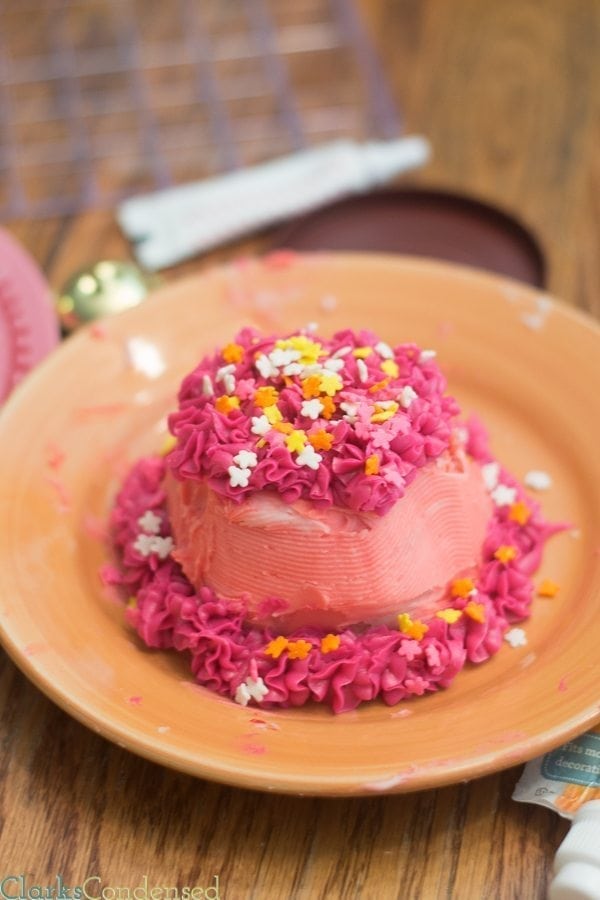 Whenever I have a party, I can’t help but have an assortment of refreshments for everyone. Since everyone would be making and taking home a cake, I opted to put out more savory refreshments. Everyone seemed to appreciate this. I put made some honey garlic chicken bites, guacamole and salsa, hot spinach and artichoke dip, and some packets of hot chocolate. 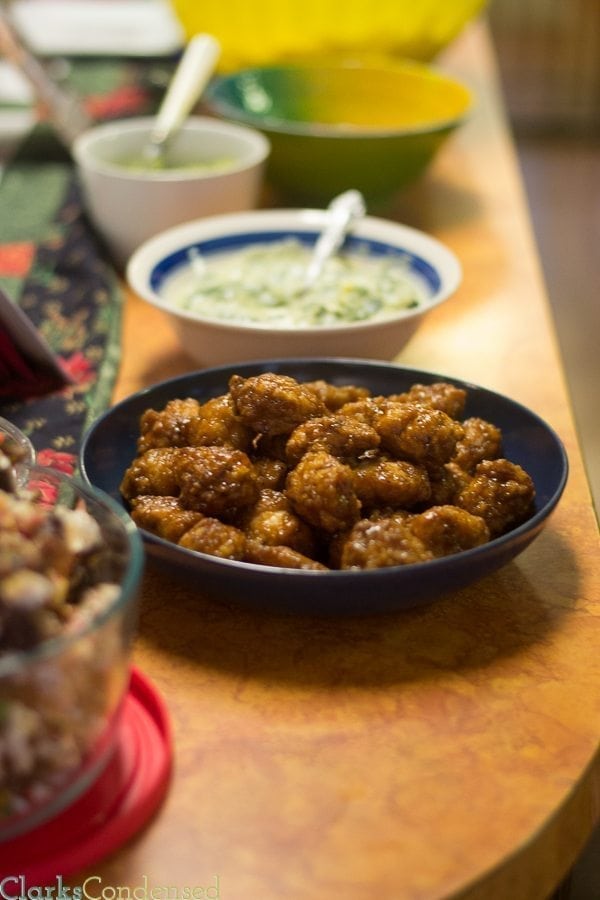 Any good party had a goody bag, right?! Even though my guests all went home with a yummy cake, I thought it would be fun to put together a little goody bag with items that we used at the party. 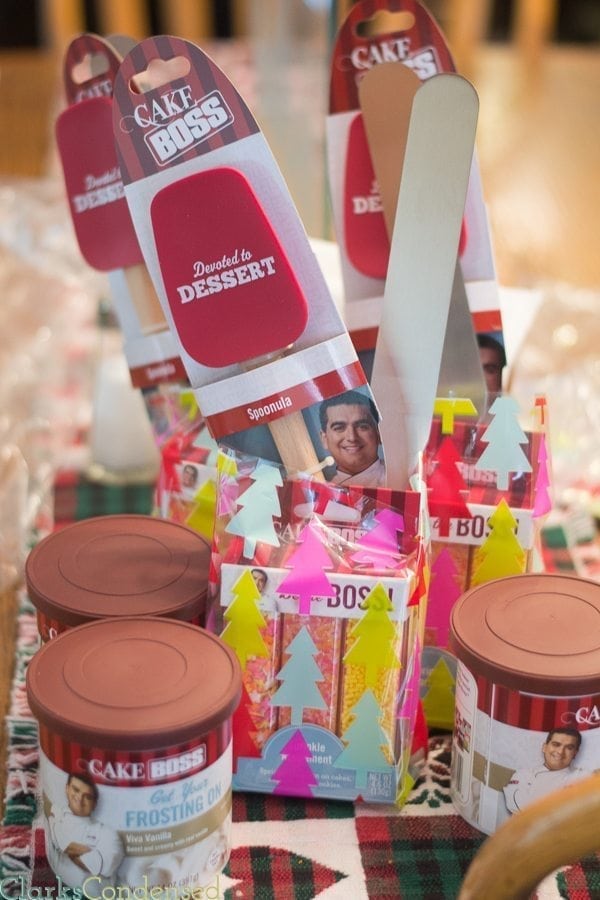 I put a spatula, frosting, an assortment of sprinkles, and some fondant in these goodie bags. You could also put an icing spatula, cake mix, or even cute little bowls in the goodie bags.