This green chile inside out cheeseburger is packed full of flavor and perfect for the summer. Also included in this post are tips for making homemade hamburger patties and how to cook a hamburger indoors.

I am a member of the Collective Bias® Social Fabric® Community. This shop has been compensated as part of a social shopper amplification for Collective Bias and its advertiser. 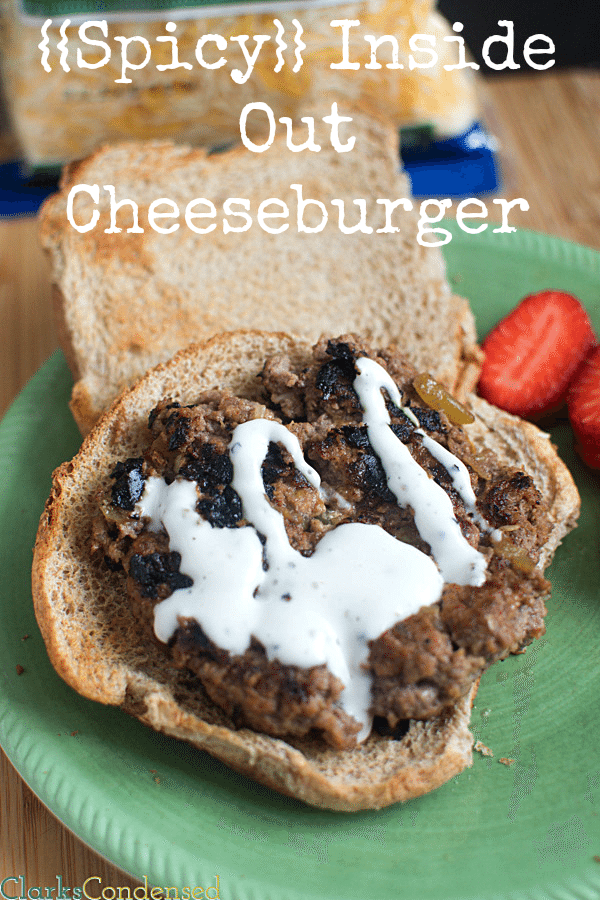 Random fact of the day – I really am not a fan of most cheese. I can handle it on pizza or casseroles, as long as it isn’t too globby or overpowering, but most cheese I shy away from. Whenever I see ricotta in lasagna, I gag a little to myself, and it makes me sad whenever I see a delicious salad ruined by feta cheese. And don’t even get me started on string cheese, slices of cheese, or cubes of cheese. I do like shredded cheese, for the most part, though.

So, as you might guess, I’m not a huge cheeseburger person. In fact, I’m pretty sure I haven’t had a cheeseburger in a really, really long time. But the other day, I thought it might be fun to make an inside out cheeseburger — where the cheese isn’t overpowering and gooey (which is one way I do not like my cheese to be), but is more incorporated with all the flavors of the burger. After I had that idea, I decided to go with it, and also spice up the burger a little bit!

However, we are back in Utah, where we no longer have access to my parent’s wonderful, outdoor grill. As such, I had to make these burgers inside. And while I will say that making burgers on a grill outside is usually ideal, I thought I’d share a few tips for grilling a hamburger inside, before I get to the recipe for the green chile inside out cheeseburger! 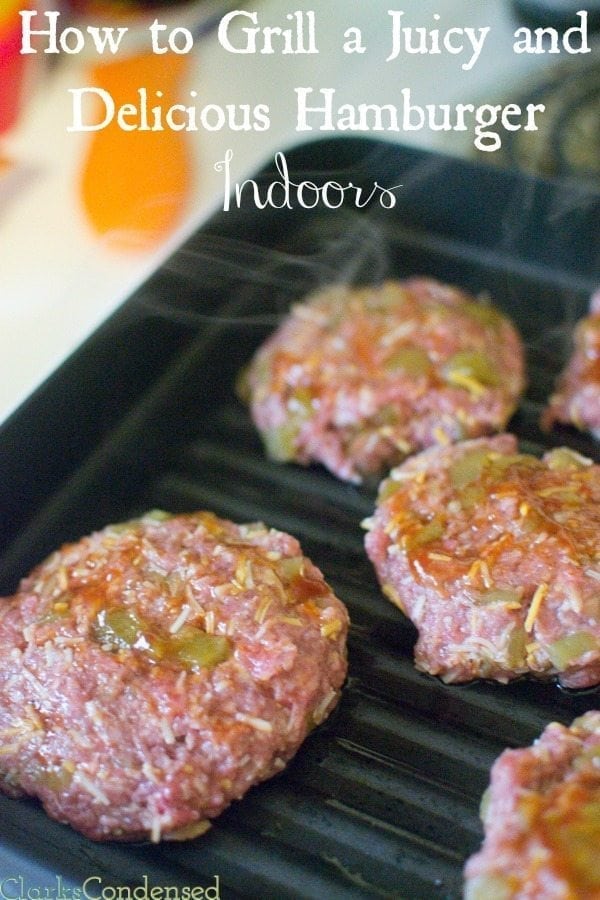 Tips for Cooking a Hamburger Indoors 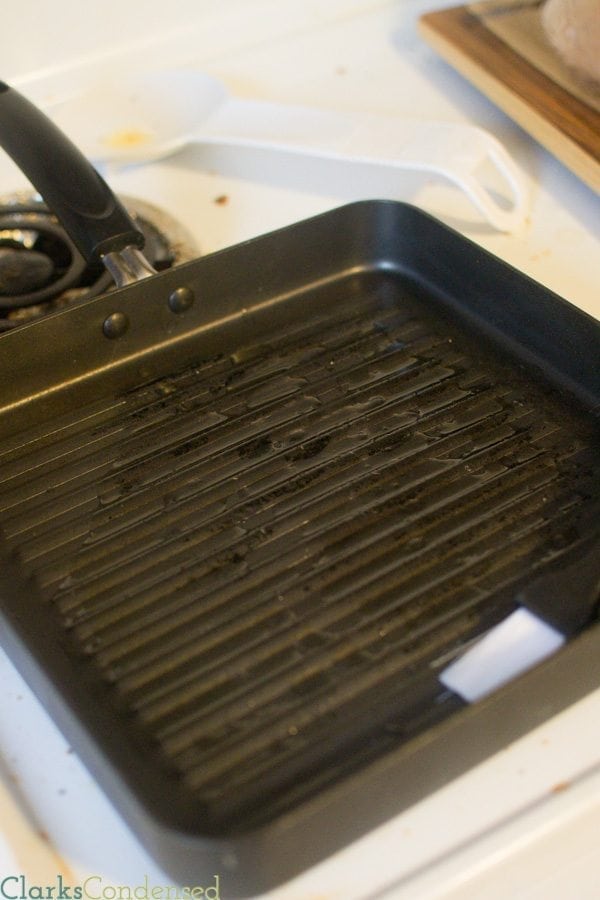 Second, you must use a very high temperature. Otherwise, it will either take forever to cook, or the inside will be pink and the outside burnt, or you’ll have to throw it in the oven under broil for a few minutes after you’ve done the cooking on the stove. It’s kind of a little scary, at first, when cooking something at such a high temperature for a long period of time, but by doing this, you really get that grilled flavor into your food. If you don’t see smoke coming from the pan (similar to what you’d see on a grill outdoors), I don’t think it’s high enough. 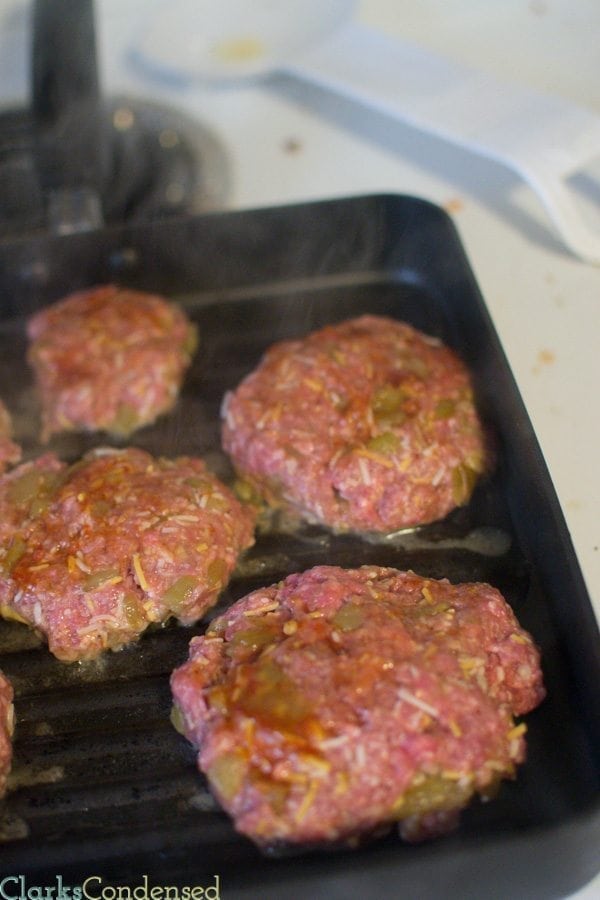 Fourth, please, use good quality ground beef. Find the kind with the lowest amount of fat (I believe it’s 93/7). That way, you aren’t having tons of excess grease flowing all over your pan. And while I typically use ground turkey instead of ground beef most of the time, with burgers, I tend to go for the ground beef. As I learned from Master Chef, it’s pretty hard to make a turkey burger not dry.

Fifth, I made the mistake of cooking too many hamburgers on the grill pan at the same time. Don’t do this! It makes it really hard to flip.

and Finally, use a metal spatula that’s meant for grilling! Oh,

And now, for the burger. Oh…this burger. So yummy! It’s spicy, it’s juicy, and has just the perfect amount of cheese. It’s filled with spicy BBQ sauce, diced green chiles, Kraft Mexican Blend Cheese, and I topped it with Kraft Peppercorn Ranch Dressing. This is definitely a cheeseburger, for a person who doesn’t normally like cheeseburgers (and I’m sure someone who does love cheeseburgers will enjoy it, as well!) 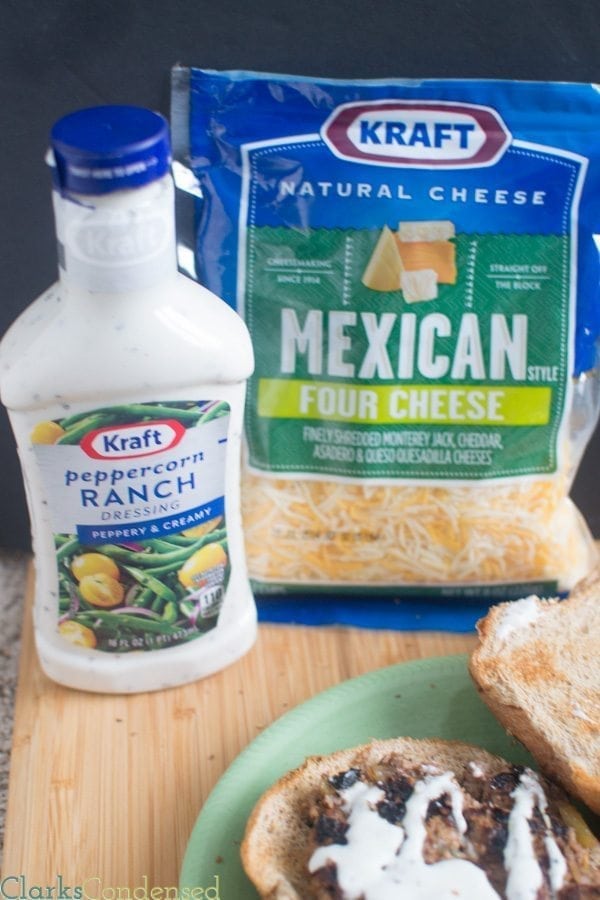 Oh, and did I mention that I basted them with the BBQ sauce as well? Because I did…and it was fantastic! 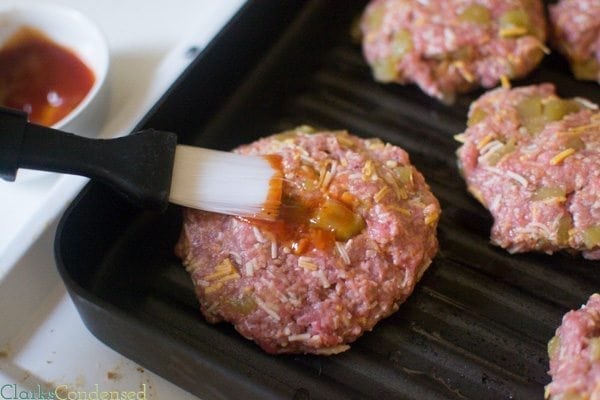 And if you are like me, and are used to just using frozen hamburgers instead of making your own patties, here are a few tips I’ve gathered on how to make a great hamburger patty (summarized from this site): 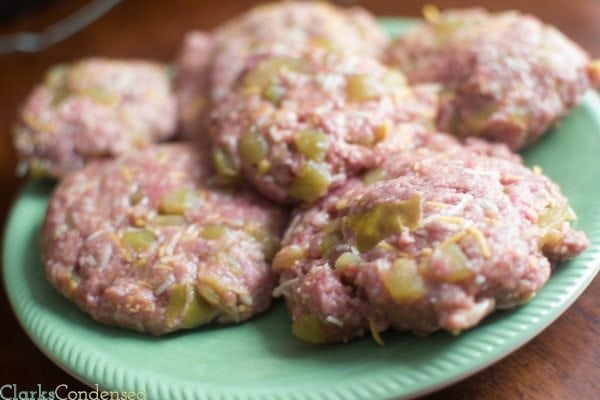 And now that I’ve dragged this on as long as possible, here is the recipe for this burger. I had great intentions to put lettuce, tomatoes, and onions on it (because let’s be really, it looks a little sad without those essential burger items)…but I made the mistake of assuming we had some at home. Which we didn’t! However, you can be a better person than me and remember those items to make this burger even better. 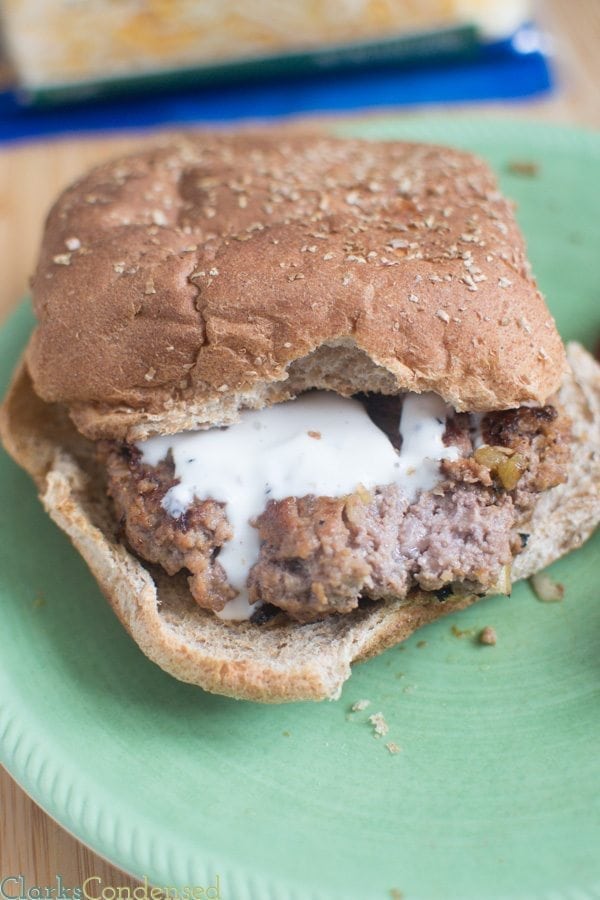 Not craving a hamburger? Be sure to check out this post on cooking the perfect pork chop indoors 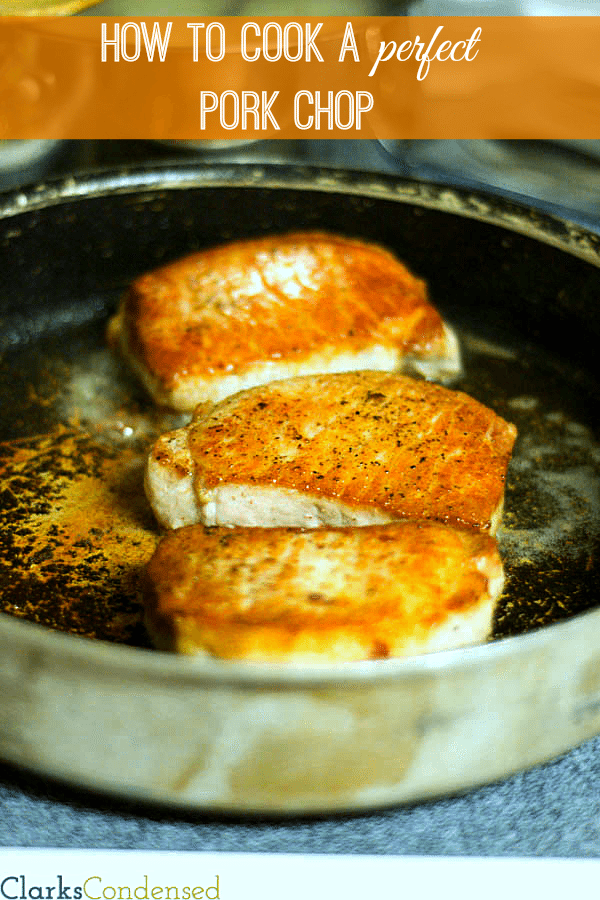 Everything You Need to Know About Freezer Food Storage
Next Post: Strawberry Banana Buckwheat Muffins