This easy garlic naan pizza crust recipe is airy, garlic-y, and it is the perfect base for any pizza! 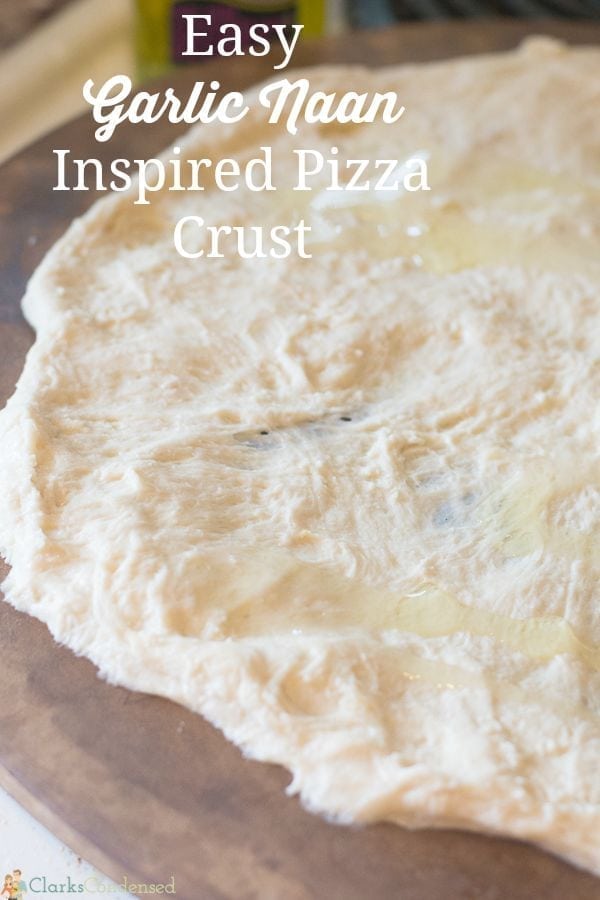 As I shared last week when I talked about the secret to yeast bread making, I LOVE bread. One of my favorite kinds of bread is an Indian flatbread more commonly known as naan. This is one of my very favorite things to get whenever we go to an Indian restaurant, and I enjoy making it at home as well.

Sometimes I don’t have the time to make it home though, so I pick up some at the store. We usually get the Stonefire brand (though I noticed Costco has some in their bakery now that I’m dying to try.) They have naan pizza crust, which intrigued me. 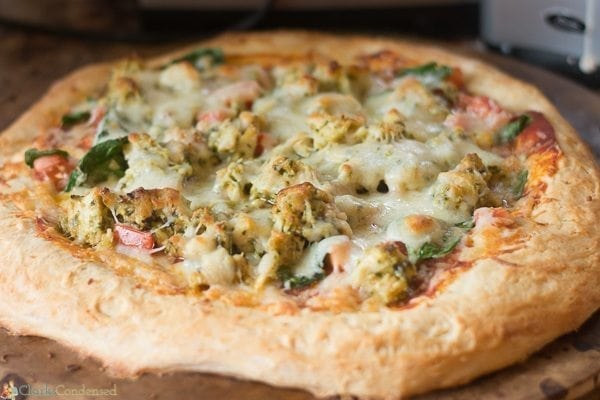 So, last week, since it was Friday….which often turns into pizza night…I decided it would be fun to try and make my own naan pizza crust. I wasn’t totally sure how to go about it, but it really turned out great. While it might not have been as flat as naan sometimes it, it definitely had the texture and airiness that I love about naan. 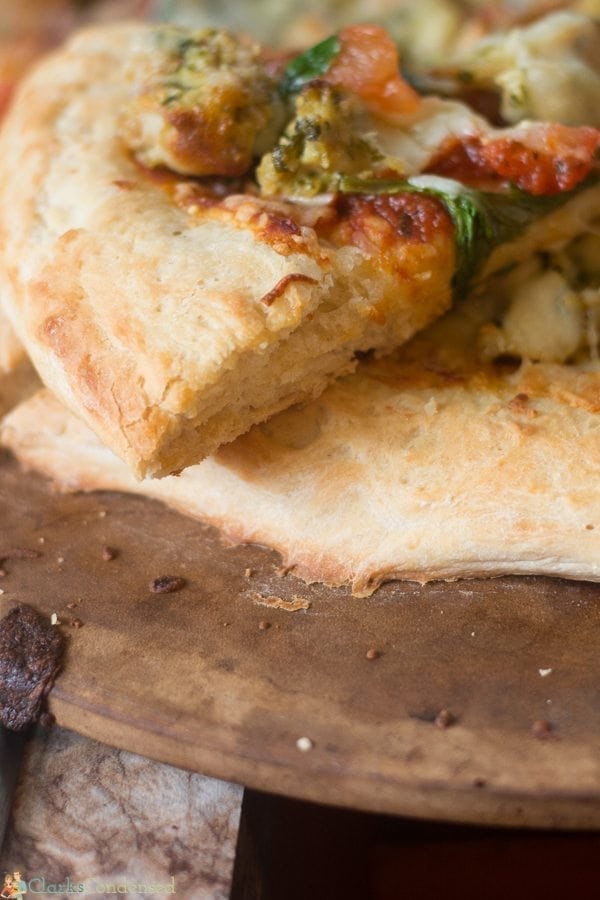 We decided to have chicken pesto pizza, using the homemade pesto recipe I shared yesterday. When I make chicken pesto pizza, I will often use pesto sauce for the pizza sauce. However, as I mentioned, the pesto I made was a bit spicy, so I decided it was a better idea to just cook the chicken in it. We used a traditional pizza sauce for the base, and then piled it high with chicken, spinach, and diced tomatoes. 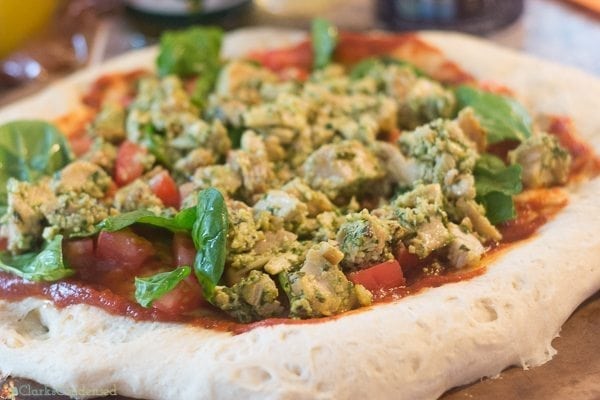 And if you know Forrest…he always insists we put the cheese on top of the toppings. At first I thought this was weird, but now I can’t imagine doing it any other way! 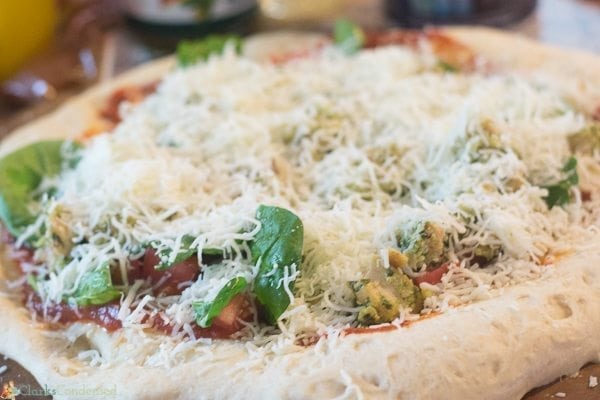 The whole pizza was a huge success for us – we all had at least two slices! Forrest said he really liked the crust, and it definitely had a different texture and taste than regular crust…but that it was absolutely delicious. We’ll definitely be using this recipe again in the near future. Forrest really wants to try Indian-inspired ingredients on top next time. Perhaps tikka masala? 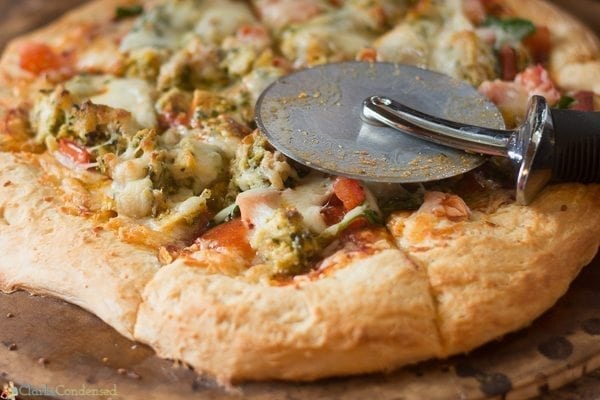 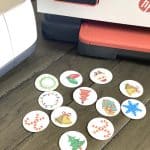