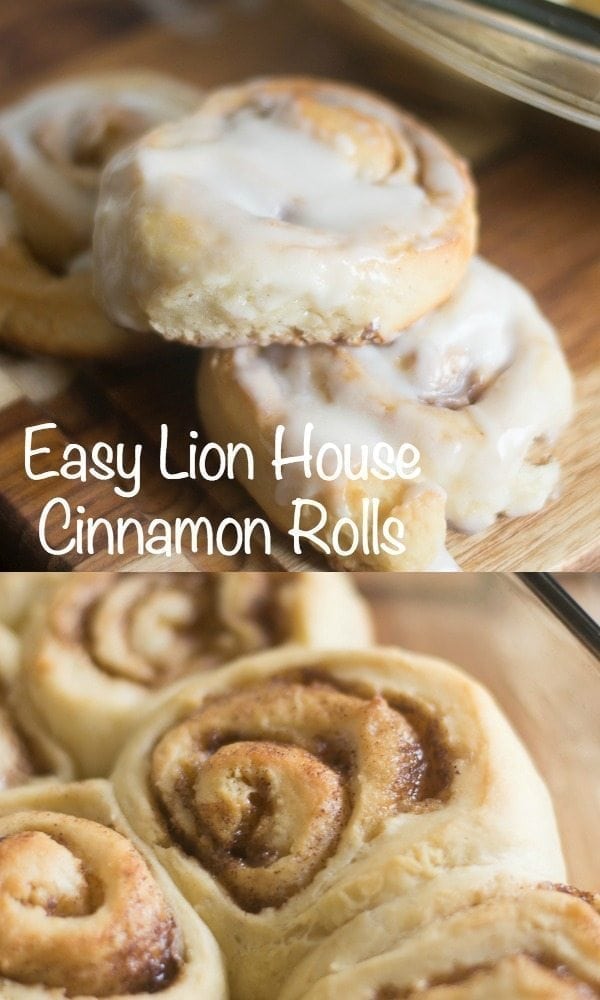 If you choose to use my recipe for Lion House rolls, instead of using a roll mix, follow this recipe:
https://www.clarkscondensed.com/food/lion-house-rolls/
and follow up until step 8, and pick up at the step in this recipe where it instructs you to roll the dough out to a rectangle.

Lately I really feel like I’ve been striking out with some of my recipe experimentations. The other day, I was so excited to make some homemade bread…and it turned out dense, lumpy, and barely edible. We ended up throwing it all away, and it made me so sad.

Because of this, I’ve been hesitant to try anything new in the kitchen. It’s not that I think I’m a bad cook or baker – I like to think I’m above average in that area. However, I’m just exhausted most of the time, and if I’m not sure something is going to turn out absolutely delicious, I have a hard time wanting to extend energy to the task! #ThirdWorldProblems, I know.

Well, I really wanted to make some cinnamon rolls. And let me just tell you, cinnamon rolls are not usually my forte. They typically turn out weird and not worth wasting my calories for the day on. However, the thought of making cinnamon rolls wouldn’t leave my mind. So, I started to think about the best cinnamon rolls I’ve had, and I thought about the kind I had a few months ago. Right after my grandpa passed away, we went to a family meeting at my aunt and uncle’s house. My Aunt Diane made the most delicious cinnamon rolls ever. I could hardly limit myself to one! I figured she had probably made them from scratch. 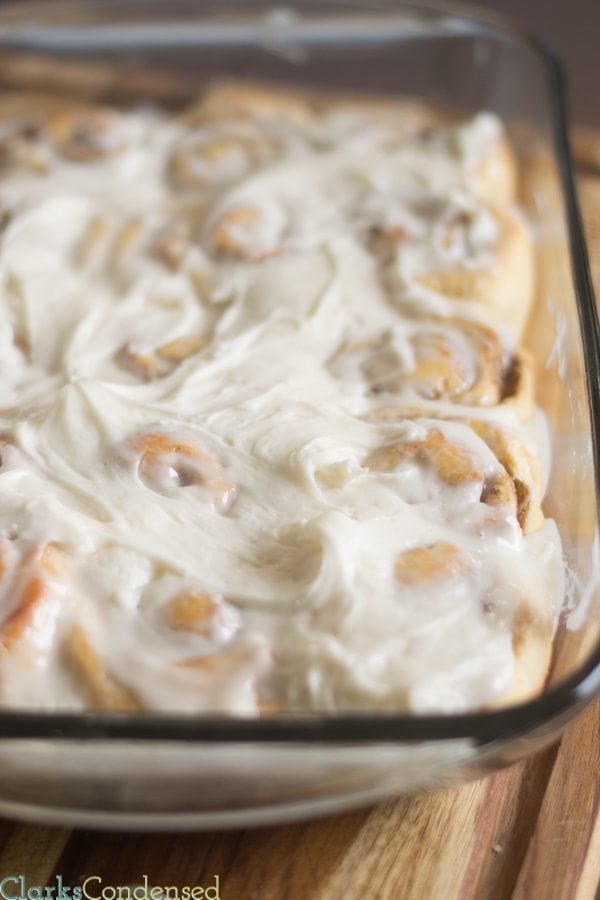 My mom also thought they were delicious, and she asked my aunt how she made them. Much to our surprise, they had been made using a boxed roll mix. Now, it wasn’t any old roll mix, mind you. It was a Lion House Pantry Roll Mix. And if you have never had these rolls before, well, you are missing out. Any other roll I’ve had pales in comparison. 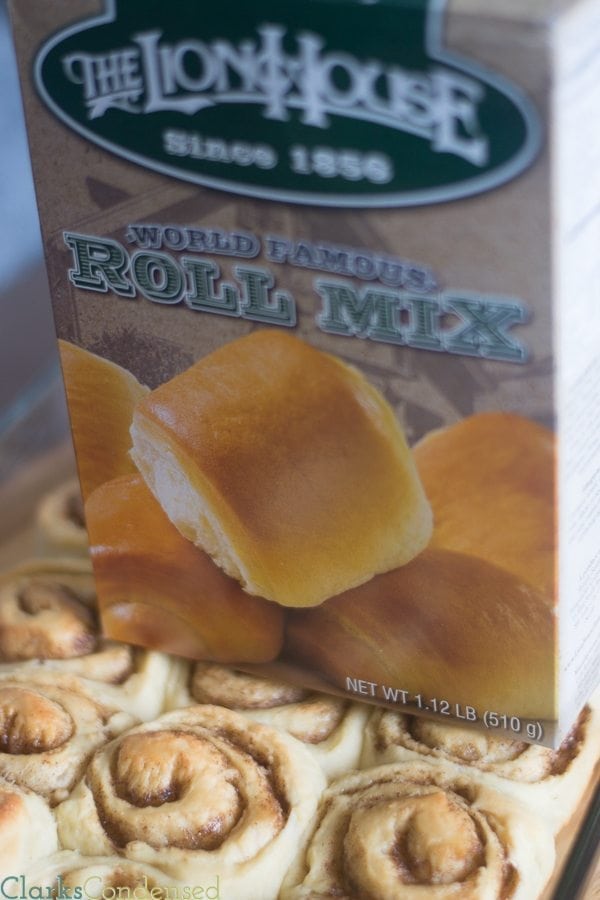 As I thought about this, I thought I’d give it a go. So, I picked up a roll mix at a Deseret Book store nearby, and I went to work. And much to my surprise, they turned out AMAZING. I was so surprised and pleased, and I knew I had to share this recipe with you.

So, the easiest way to make these rolls is by using the Lion House Roll Mix. This isn’t something that most stores carry (unless, perhaps, you live in Utah.) If you want to go this route, then you’ll either need to order it from here or here, or go to a Deseret Book store location (which you can view here.) It may seem like a little work, but it’s worth it. Otherwise, you can use my Lion House Roll Recipe, and you can follow the modified instructions that are listed in the notes section of the recipe above. 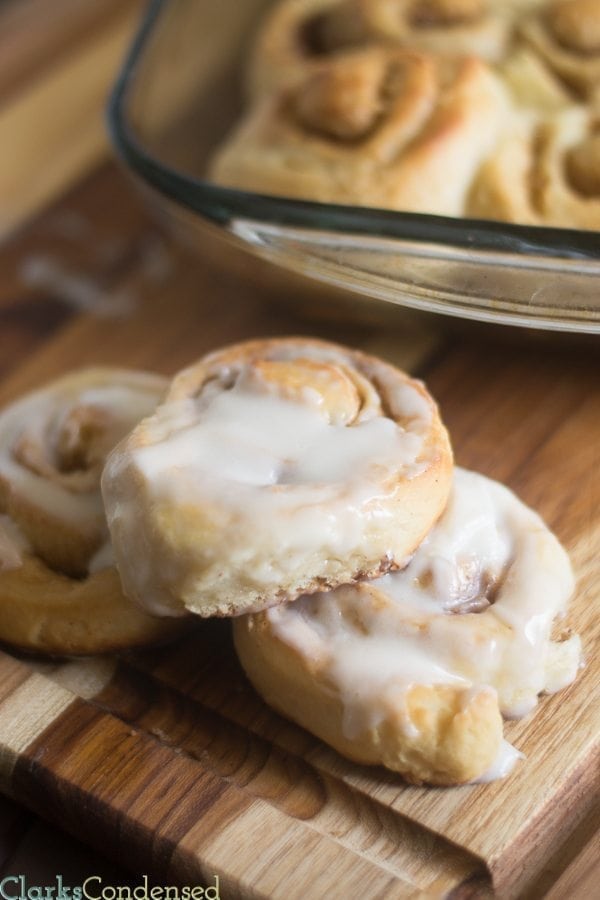 However, if you aren’t going to be able to get a Lion House Roll Mix, then never fear – I have a Lion House Roll Recipe right here on the blog. It will take a little more effort…but not too much. And I promise, the effort would be worth it.

The buttercream frosting is quite literally the icing on the cake in this recipe. Don’t skimp! 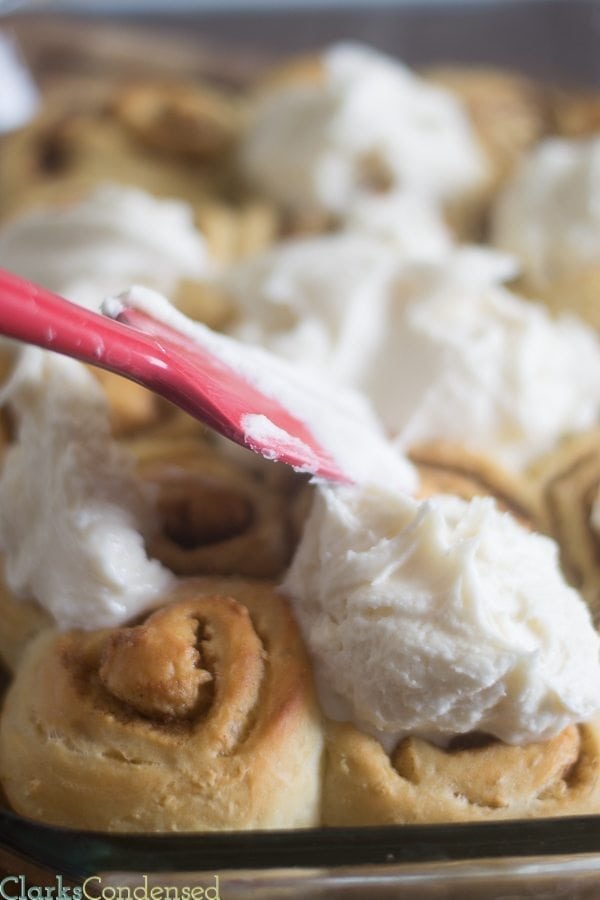