A hearty honey 12 grain wheat bread recipe that’s a little bit sweet, super soft, and good for you! A good multigrain bread recipe is hard to come by, and after you try this one, you’ll realize it’s the only bread recipe you will ever need again. 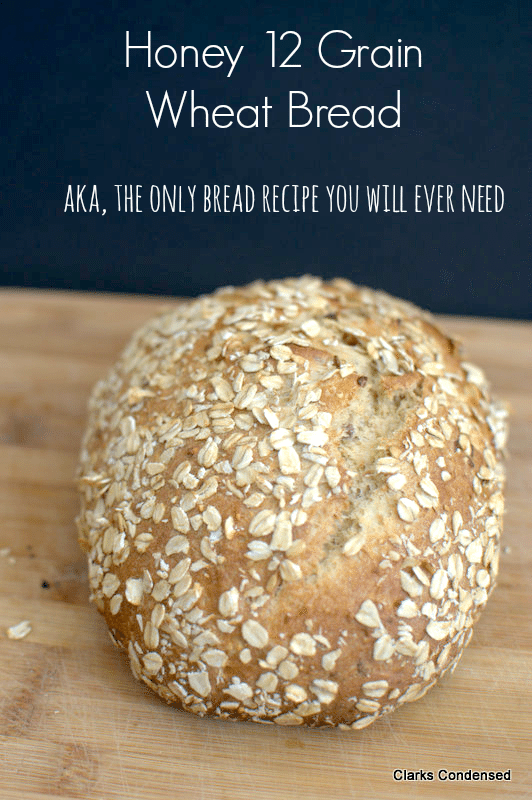 Is it just me, or does it seem like making some kind of baked good with your mother-in-law is a rite of passage? I feel like I always hear people saying, “Well my mother-in-law taught me how to make this,” or “I made the most delicious cake with my mother-in-law last night!” Of course, I don’t think there’s anything wrong with this, because I feel that food is a great place to find common ground and bond, and I am sure I’ll be inviting any future daughter-in-law to help me bake in the future (the very far future.)

When we were in North Carolina last month, my mother-in-law taught me how to make the most delicious bread ever. I’ve attempted to make wheat bread in the past, and it always seems to fail. Fruit breads, like banana and pumpkin bread, are a breeze…but I always seemed to come just short when it came to making a bread for every day use. My mother-in-law gave me some great tips, and when the loaves came out of the oven, I was so happy to see that I had successfully made a delicious loaf of bread. 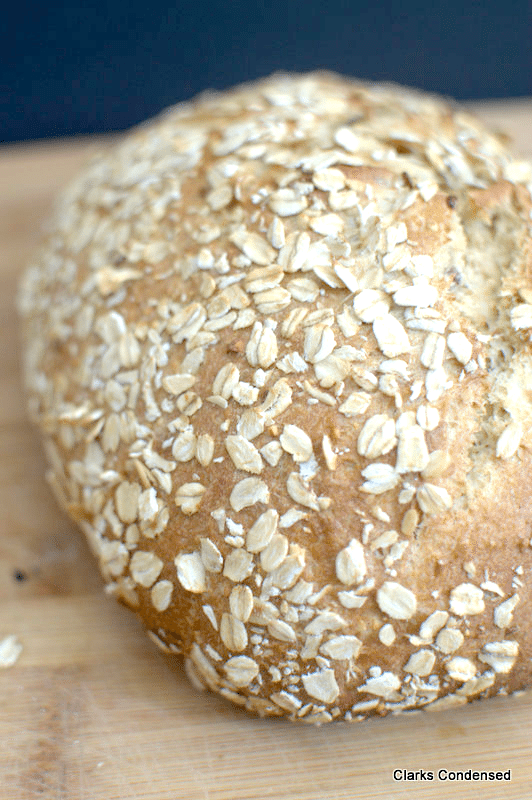 This bread is rather hearty — I mean, it’s made with a 12 grain cereal and whole wheat. However, to make it less dense, just use less wheat flour. I found it to still be extremely slow The only place I’ve been able to find 12 grain cereal is here at BulkFoods.com, and it is a bit pricey to ship. I found it was worth it to buy, because I’ve used it a lot since, and the five pound bag really lasts a long time. But if you aren’t like that, feel free to buy an 8 grain cereal mix instead. In my opinion, the more grains, the better (Dave’s Killer 21 Grain Bread is my favorite EVER — it’s the best store-bought bread I’ve ever had. We go through a couple loaves of this gold a month!)

Now, this recipe I’m going to share with you isn’t exactly how my mother-in-law taught me. You see, when I was looking through the recipe book that she was using, I saw a few other bread recipes that sounded absolutely delicious. Well, when I set out to make the bread again, I started using the wrong recipe! So, in the end, I combined two different recipes. At first, I was SO sad. I was convinced it was going to taste disgusting. On the contrary, it was absolutely delicious. I made four loaves, and ALL of them were gone by the next day. Granted, we had quite a few people come and go during the two days, but everyone had at least two slices (sometimes even more.) The two recipes I combined (a challah recipe and a 9 grain recipe) together to create this recipe come from The Il Fornaio Baking Book: Sweet and Savory Recipes from the Italian Kitchen

, which has a lot of amazing bread recipes. I just ordered it and can’t wait to try out the rest! 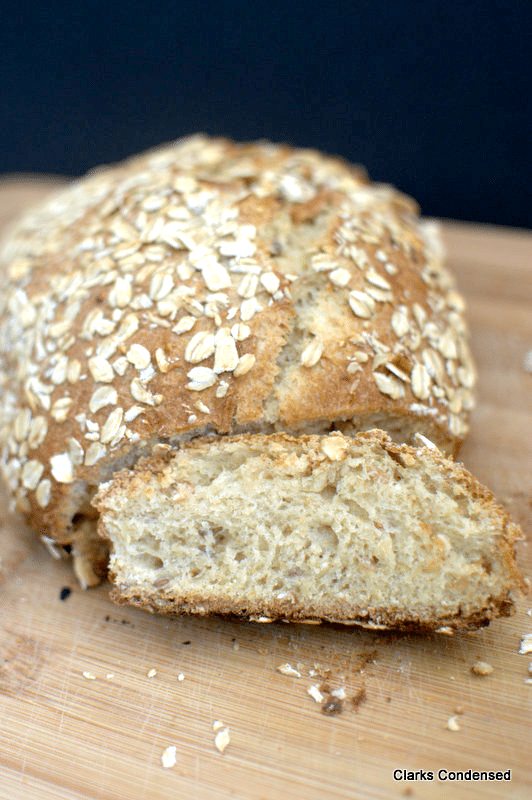 I used about half wheat, half white flour in this recipe, but you can easily use just wheat if you want it to be even more hearty.

In this recipe, I used King Arthur Flour’s wheat flour, at the suggestion of my mother-in-law. She said that it is the closest flour she has found to being like the kind use in Europe, and it’s really the only kind she uses now.  She also told me that the majority of rising for bread takes place outside of the oven, so not to be impatient and put it in too early. For me, patience is a virtue I’m still trying to master, so that actually was hard, but I have noticed a difference when I let it rise just a little bit longer.

This recipe does have a lot of steps, and takes a few hours to complete. But it really isn’t that hard, and is totally worth the effort. Here is a brief reminder of what I think is essential for this (and really, any) bread’s success: 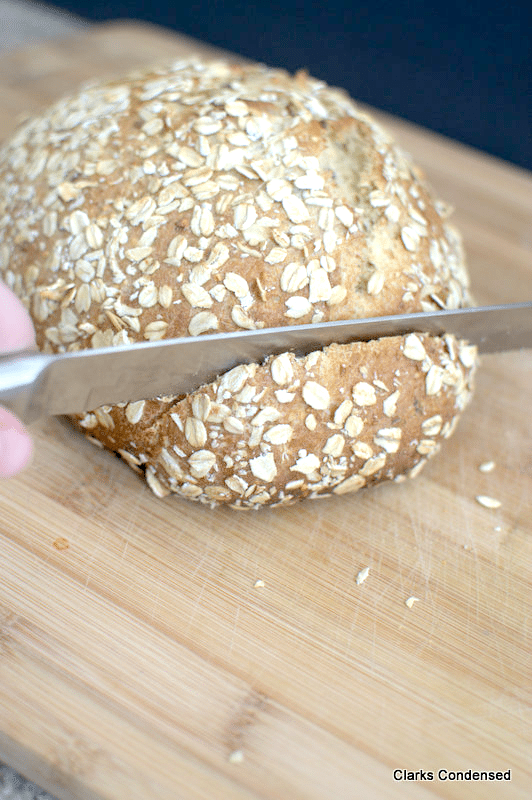 Can be made using half wheat and half white flour, or all wheat. 12 grain cereal can be substituted with a smaller number of grains. Use King Arthur flour and bread flour for best results.

Summer Fruit Cobbler
Next Post: Tips For Having a Successful Family Trip to the Beach